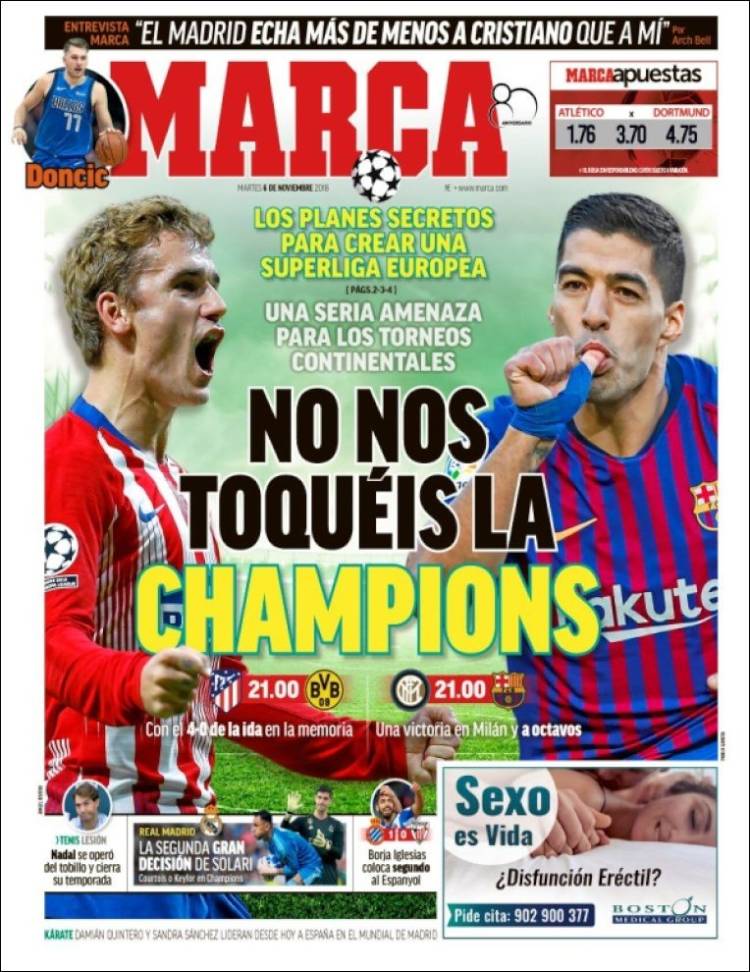 Do not touch the Champions League

Secret plans for a European Super League, seen as a serious threat for continental competition

The second big decision of Solari - which goalkeeper to select 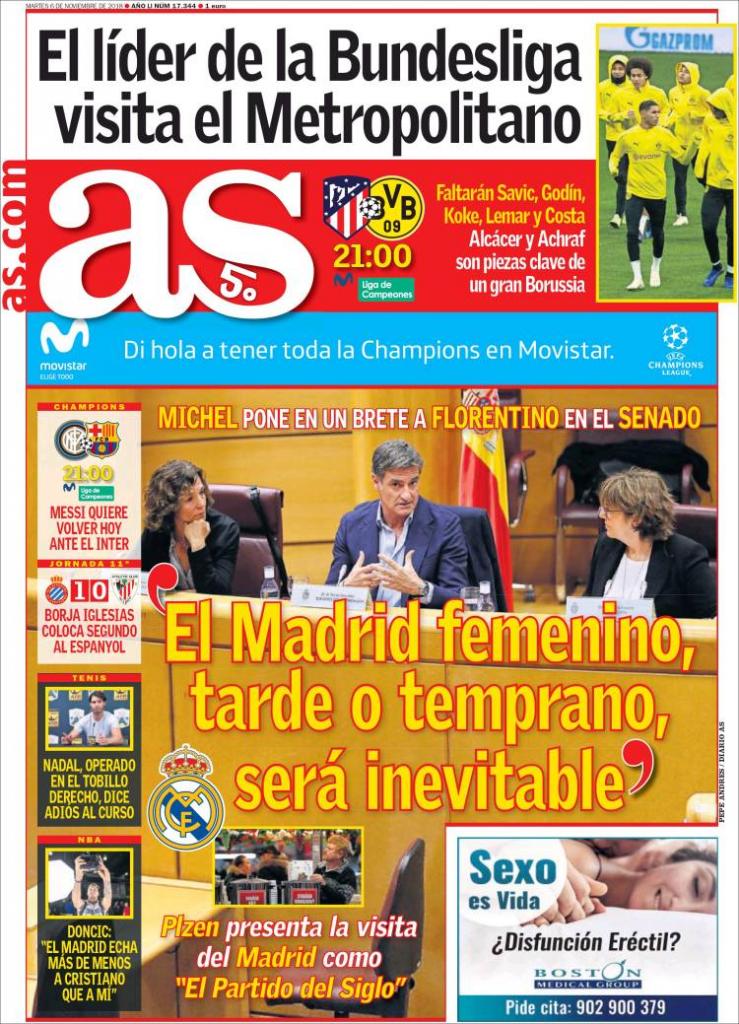 "A Madrid Femenino, sooner or later, is inevitable" 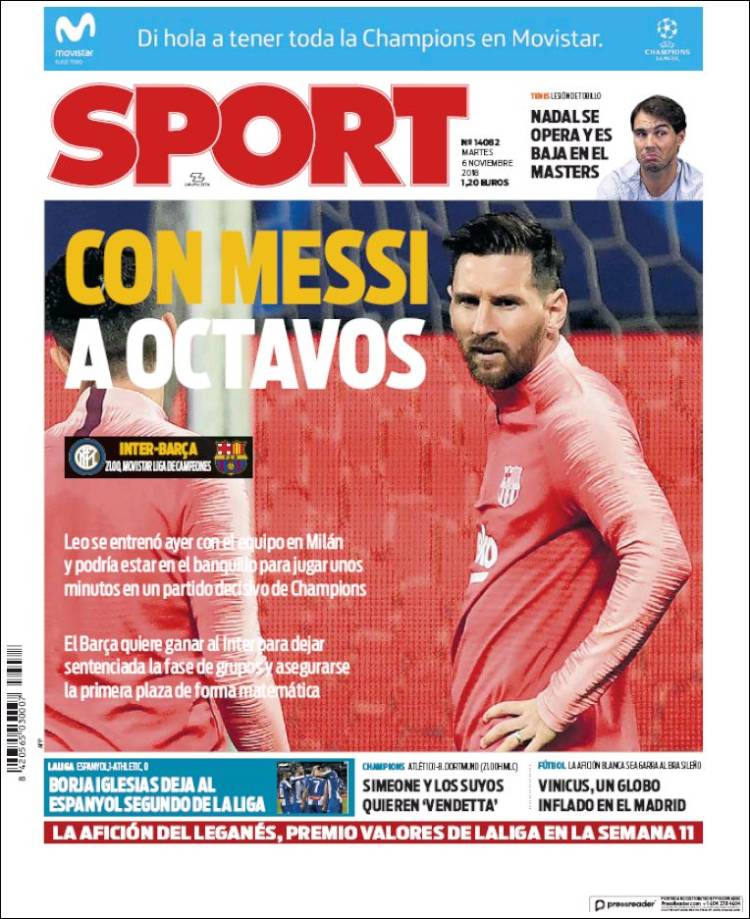 With Messi to the knockouts

Trains in Milan and wants to play, Barca keen to win to secure first place in the group