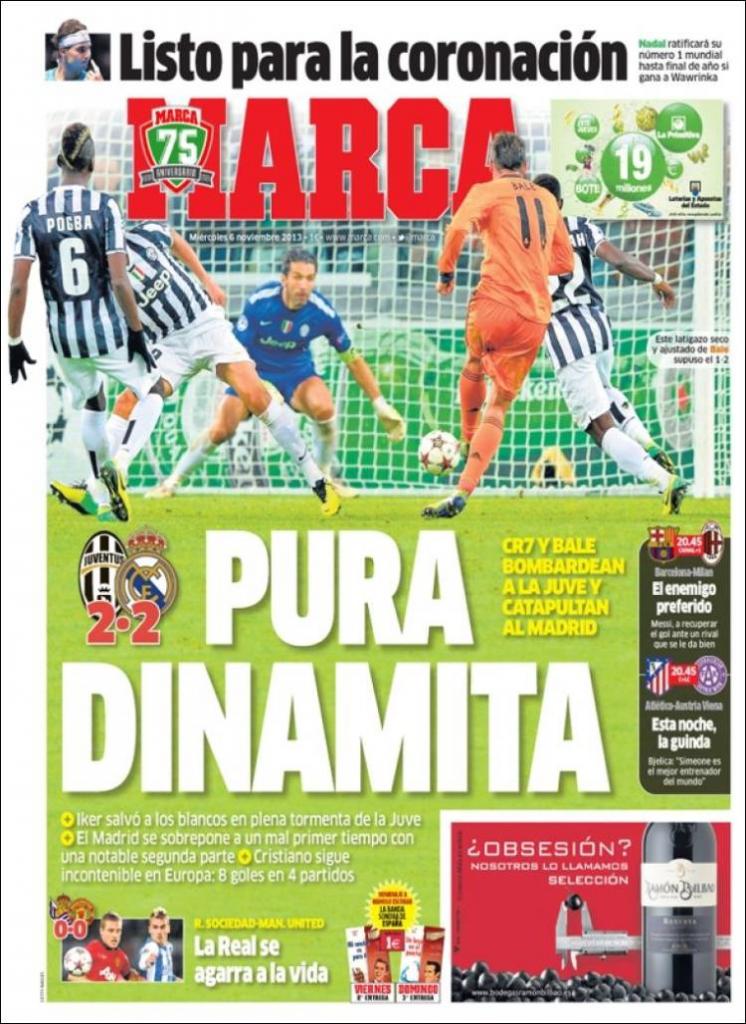 CR7 and Bale bombard Juve as they capitulate against Madrid

Iker saved Los Blancos when under the kosh against Juve

Cristiano continues to be unstoppable in Europe, he now has 8 goals in 4 games

Tonight, the final touch from Atletico

Bjelica: "Simeone is the best coach in the world"

Ready for his coronation: Nadal to ratify his number one spot 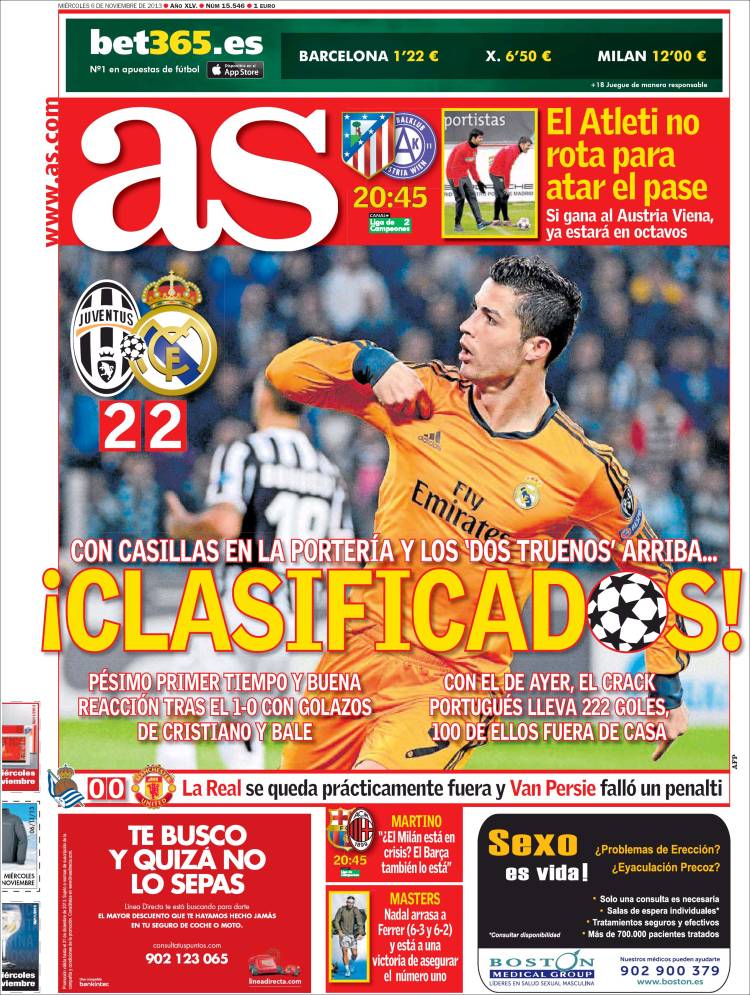 With Casillas in goal and with the two thunders up front

With CR7 yesterday, the star now has 222 goals, 100 of those scored away from home

Atleti not to rotate as they look to clinch progress

If they win against Austra Vienna, they will be in the knockout

Martino: "Milan in crisis? Barca are also in crisis"

Masters: Nadal beats Ferrer and now is assured of number one place 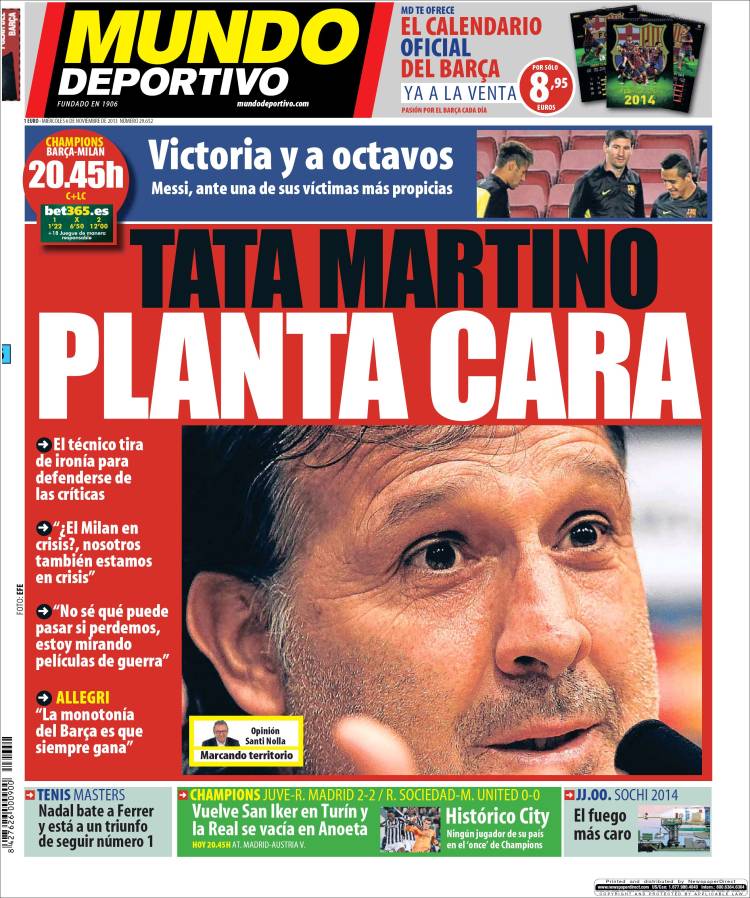 The coach uses irony to defend against the critics

"Milan in crisis? We are also in crisis"

"I do not know what will happen if we lose, I am watching war movies"

Allegri: "The only thing monotonous about Barca is that they always win"

Victory and they are in the knockout phase

Messi against one of his favourite rivals

Champions League: San Iker returns in Turin and La Real left without hope at the Anoeta

Historic city: Not one player from his country is in the 'eleven' of the Champions League

Tennis: Nadal beats Ferrer and is to regain number one spot