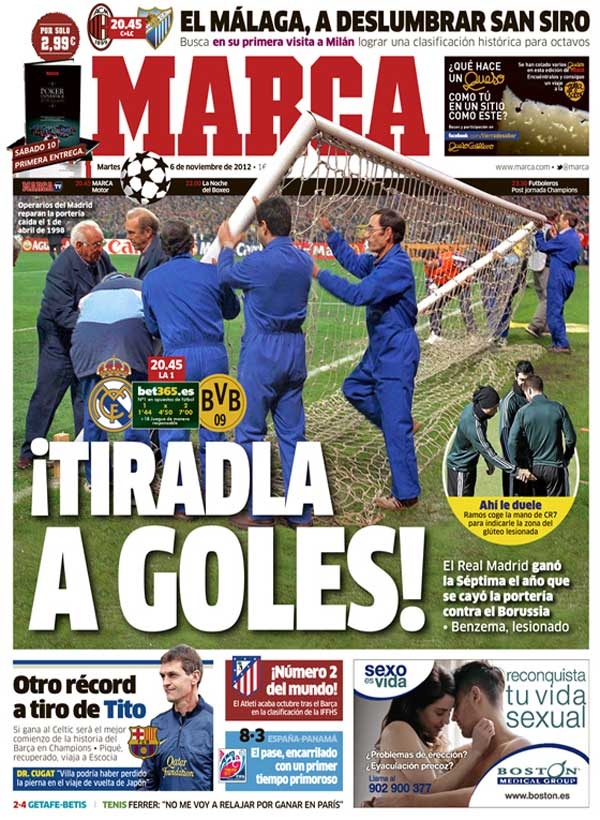 Throwing down the goals! Real Madrid won their seventh European cup the year the goalpost fell against Borussia

Here it hurts. Ramos takes the hand of CR7 to indicate the zone that is injured

Another record for Tito. If Barca beat Celtic it will be their best ever start in the Champions League. Pique has recovered and travels to Scotland

Malaga to dazzle the San Siro. In its first visit to Milan they are looking to achieve a historic qualification for the last-16 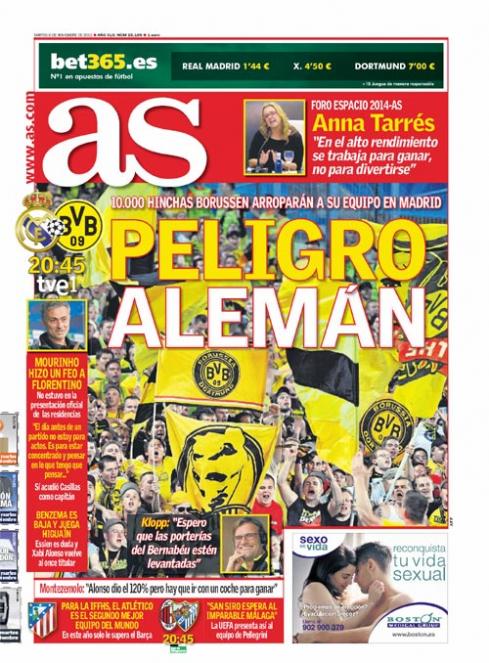 10,000 Borussia fans will protect their team in Madrid

Klopp: “I hope the goalposts at the Bernabeu are upright.”

Mourinho slights Florentino: He wasn’t at the official presentation of the new residencies

Benzema is out and Higuain will play: Essien is a doubt and Xabi Alonso returns to the starting line-up

“San Siro waits for the unstoppable Malga.” Uefa presents Pellegrini’s team like this 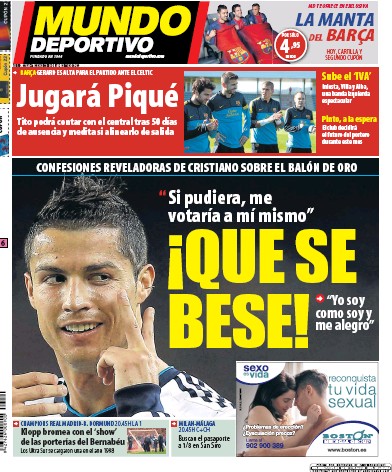 “If I could I would vote for myself.”

Pique will play. Tito can count on the central defender after 50 days of absence

Klopp jokes about the “show” of the goalposts at the Bernabeu