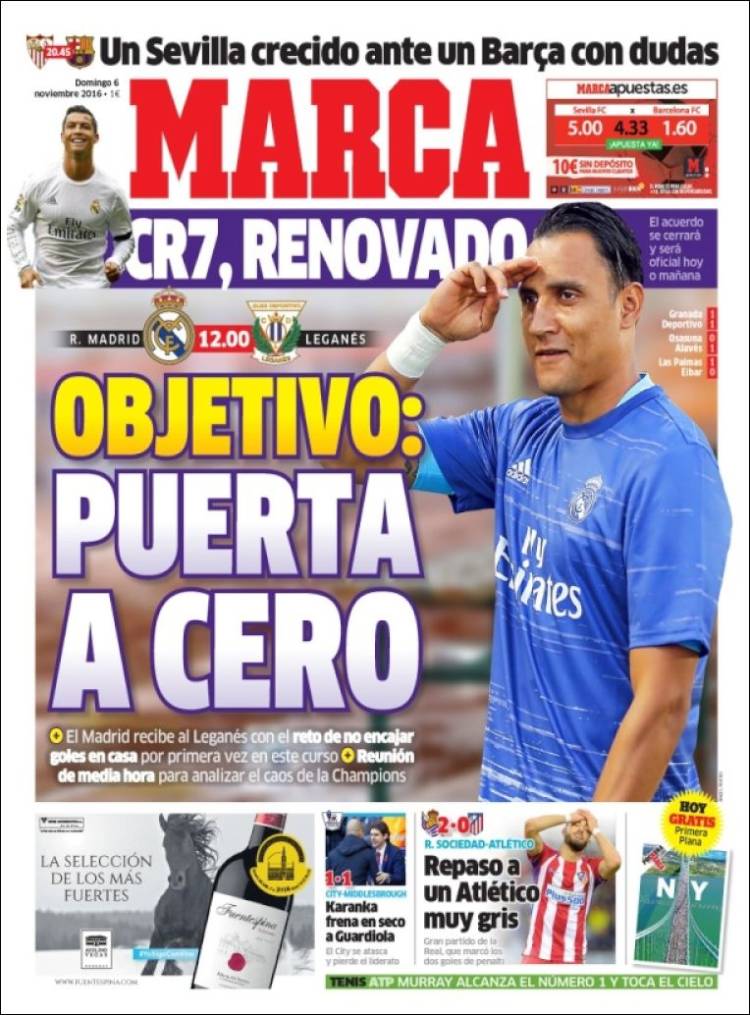 Half-hour meeting to discuss the chaos of the Champions League

The deal will be finalised and become official today or tomorrow

A mature Sevilla against a Barca side with doubts

Karanka slams the brakes on Guardiola

Great match from La Real, who scored both of their goals from the penalty spot 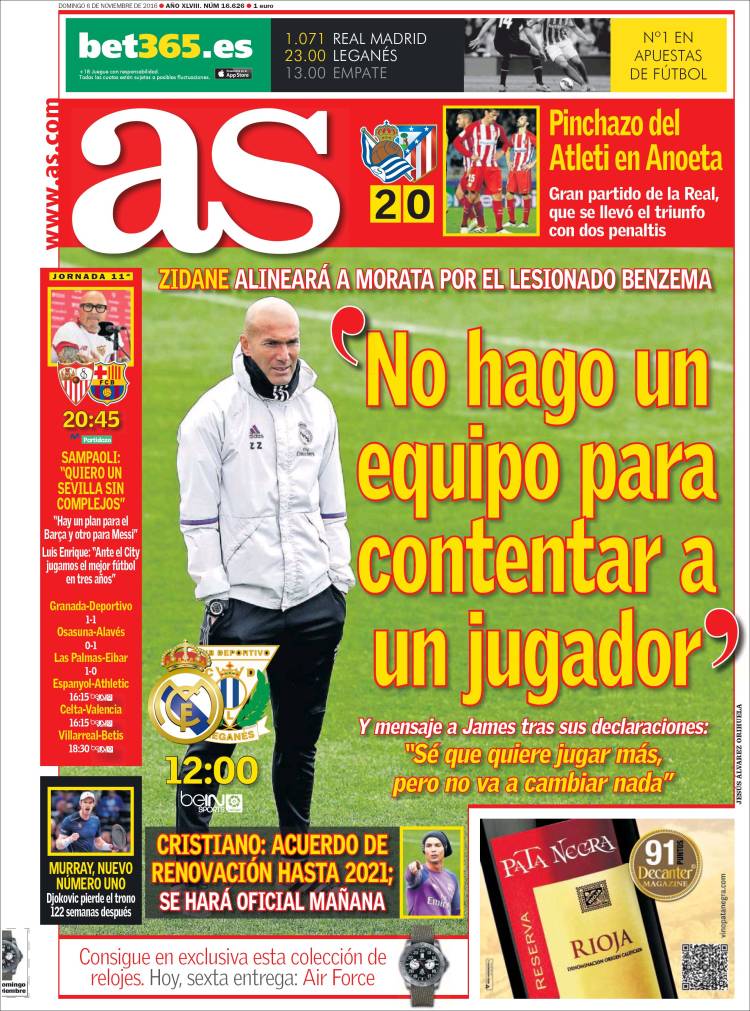 “I don’t pick a team that makes a player happy”

Zidane will start Morata in place of the injured Benzema

And a message to James after his statements:

“I know he wants to play more, but it won’t change anything”

Cristiano: renewal agreement until 2021; it will be made official tomorrow

Great match from La Real, who got the win with two penalties

Sampaoli: “I want an unapologetic Sevilla”

“There’s one plan for Barca and another for Messi”

Luis Enrique: “Against City, we played our best football in three years” 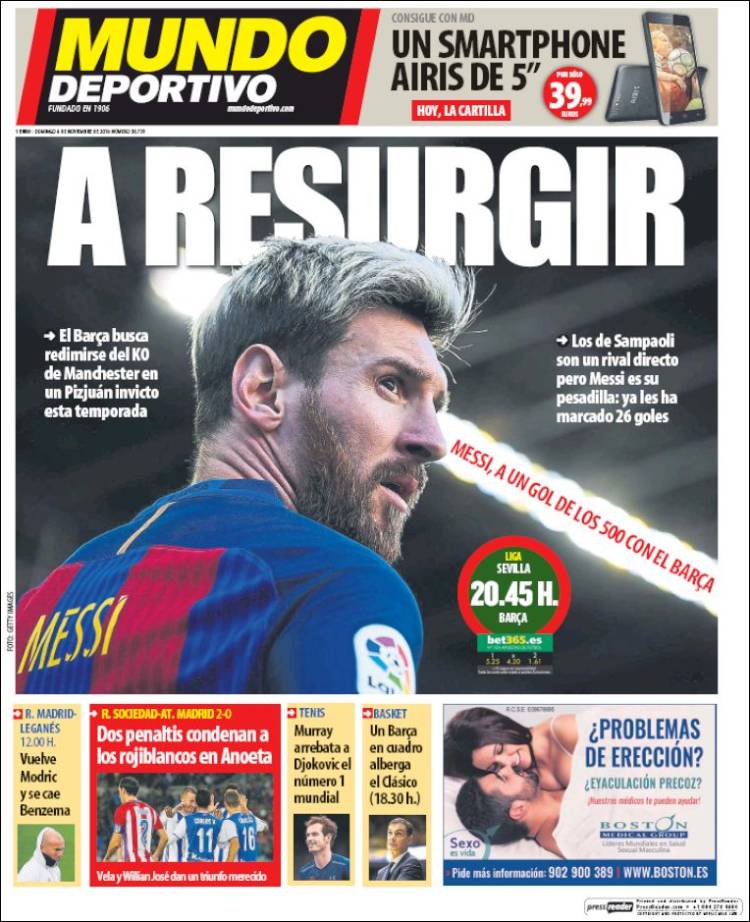 Sampaoli’s men are a direct rival, but Messi is their nightmare, having already scored 26 goals against them

Modric returns as Benzema is out

Vela and Willian Jose give La Real a deserved win