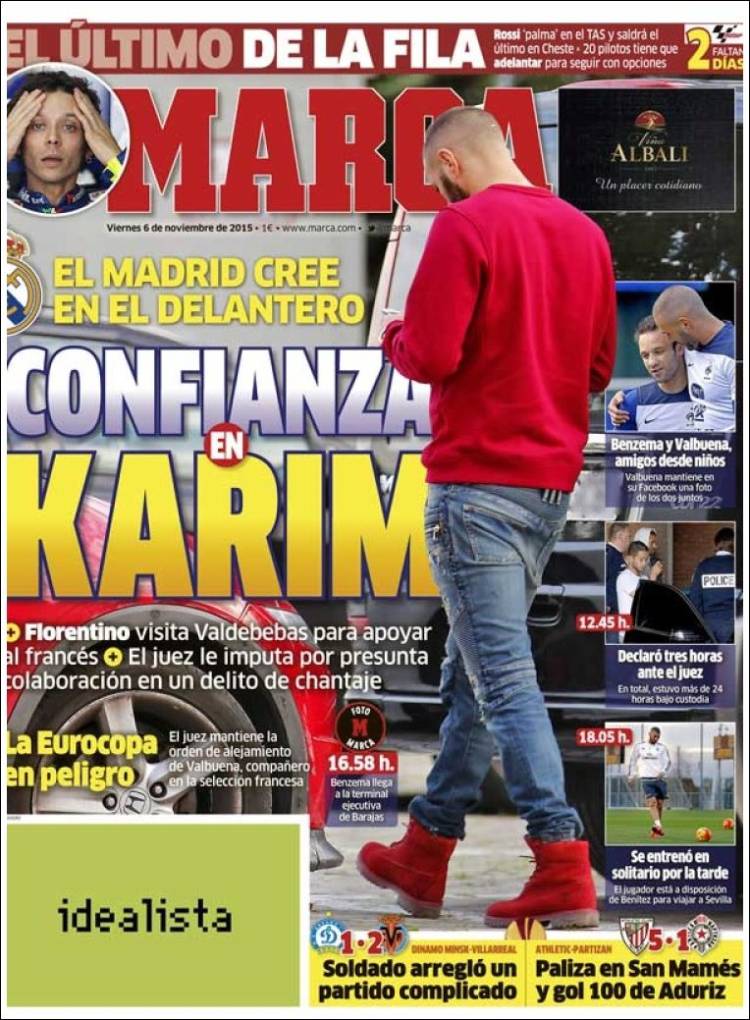 Madrid believe in the striker

The judge accuses him of collaborating in the alleged blackmail plot

Benzema and Valbuena, friends since childhood

Valbuena still has a photo of the pair on Facebook

12:45 CET, testifies to the judge for three hours

In total, he has spent more than 24 hours in custody

16:58 CET, Benzema arrives at the executive terminal of Barajas Airport

Thrashing in San Mames as Aduriz scores his 100th goal 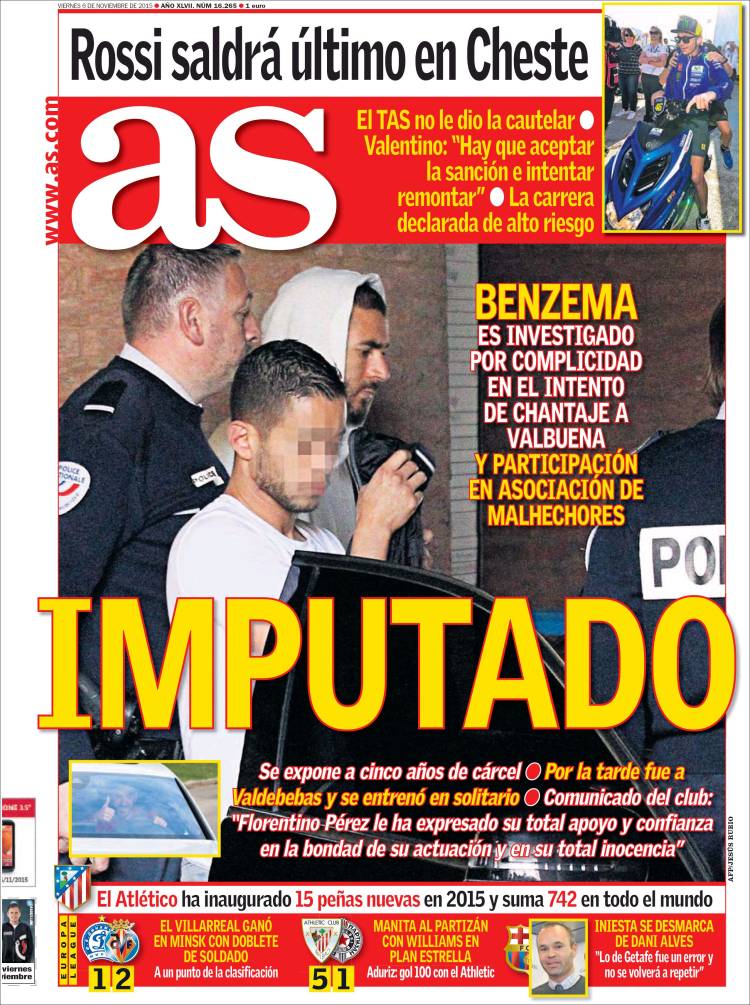 He faces five years in prison

He went to Valdebebas in the afternoon and trained by himself

Club statement: “Florentino Perez has expressed his full support and confidence in the virtousness of his conduct and total innocence”

One point away from qualification

Five goals against Partizan, with Williams the star 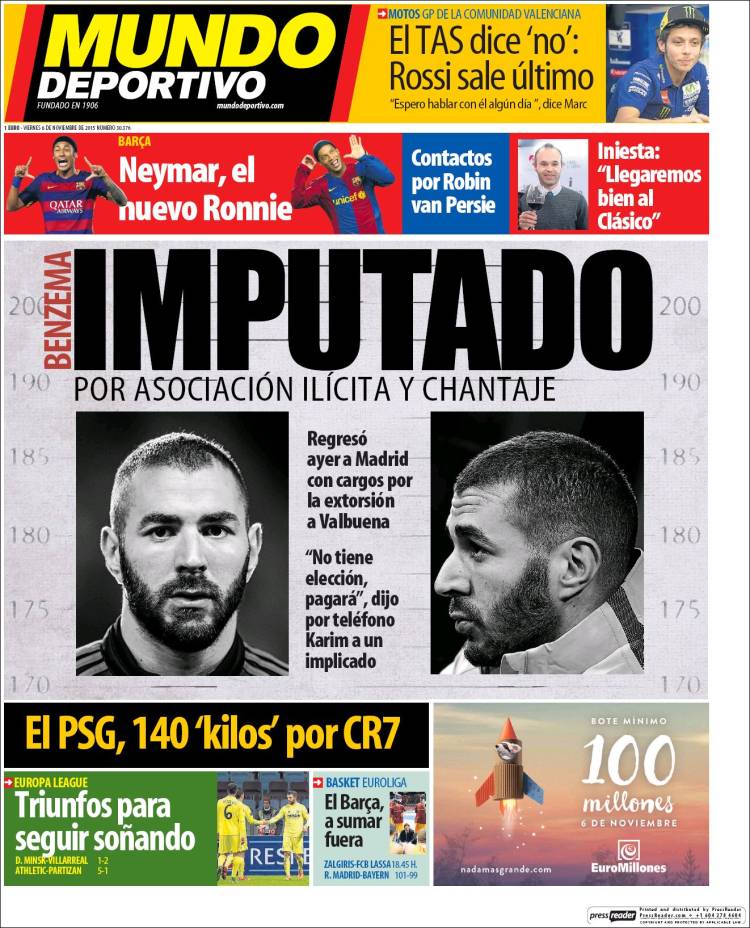 For conspiracy and blackmail

Returned to Madrid yesterday on charges of extorting Valbuena

“He has no choice, he has to pay," Karim said via telephone to an associate