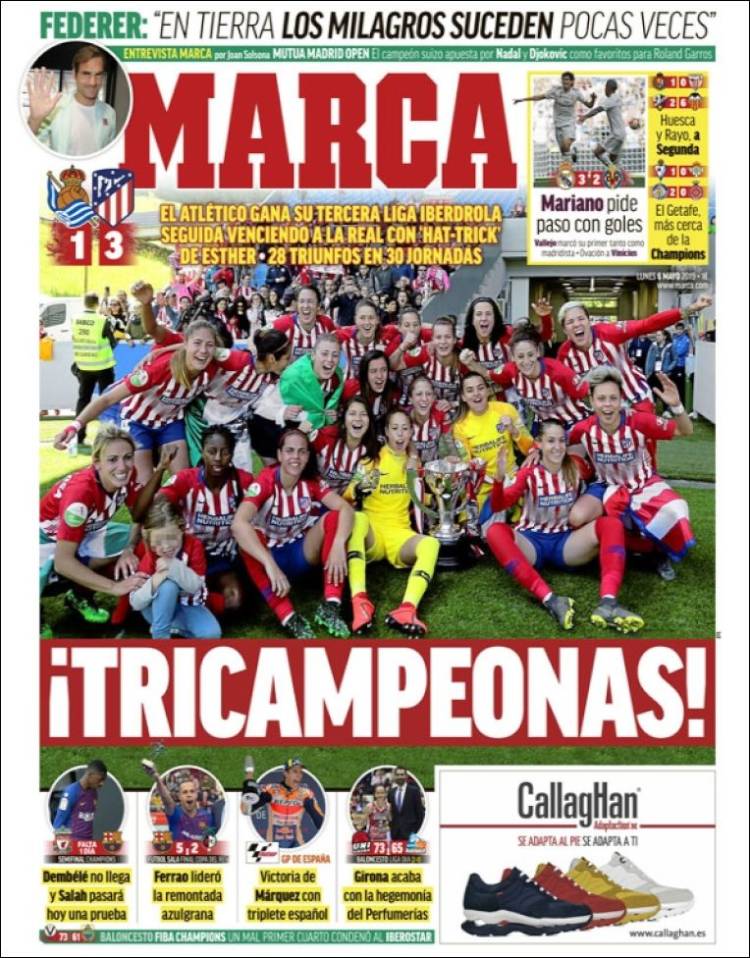 Huesca and Rayo relegated, Getafe closer to the Champions League

Dembele doesn't arrive and Salah to undergo a test 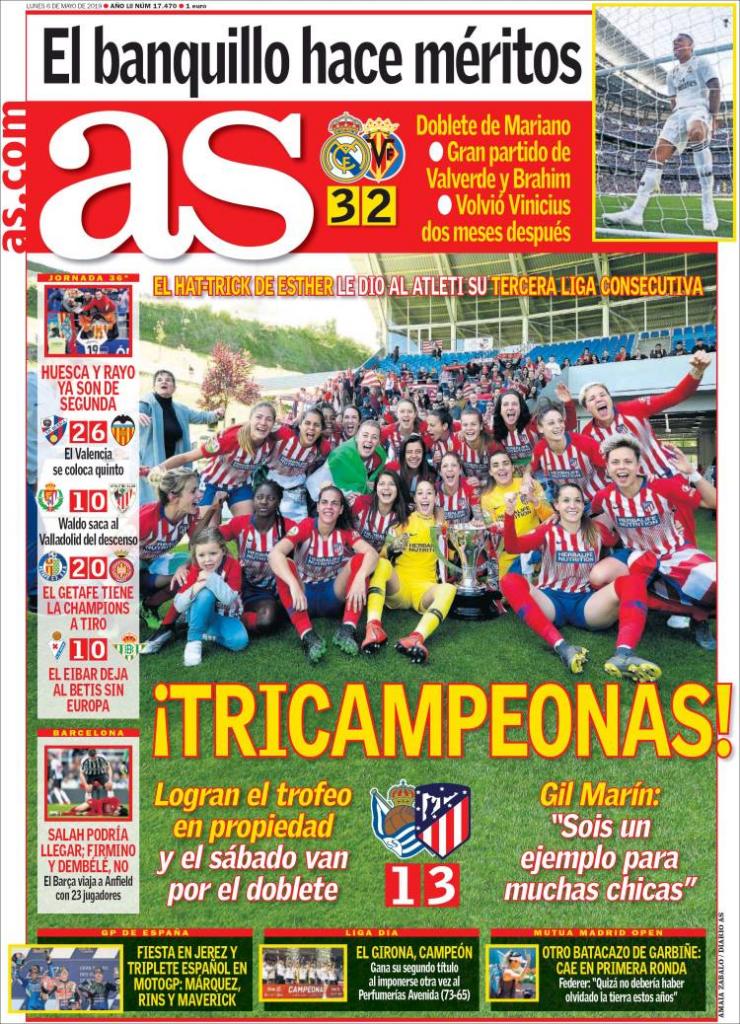 Getafe have the Champions League in their sights, Eibar make Betis forget about Europe

Salah able to play, but not Firmino or Dembele 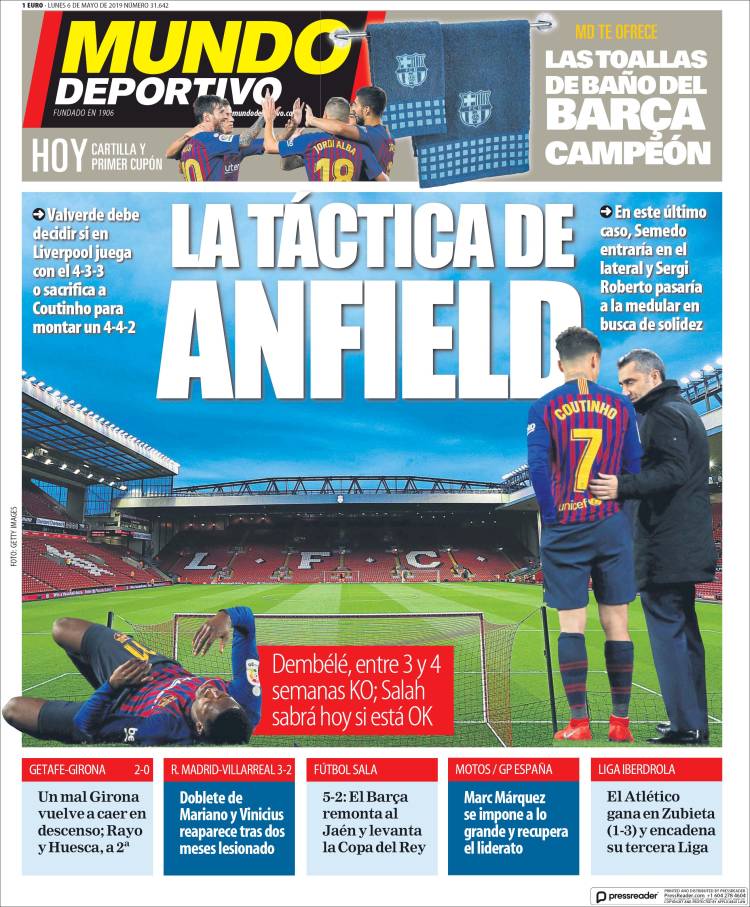 Valverde to decide on 4-3-3 or sacrifice Coutinho for 4-4-2, Semedo training at right-back

Dembele out for 3-4 weeks, Salah ok

A bid Girona return to the drop zone

Double from Mariano, Vinicius returns after two months out