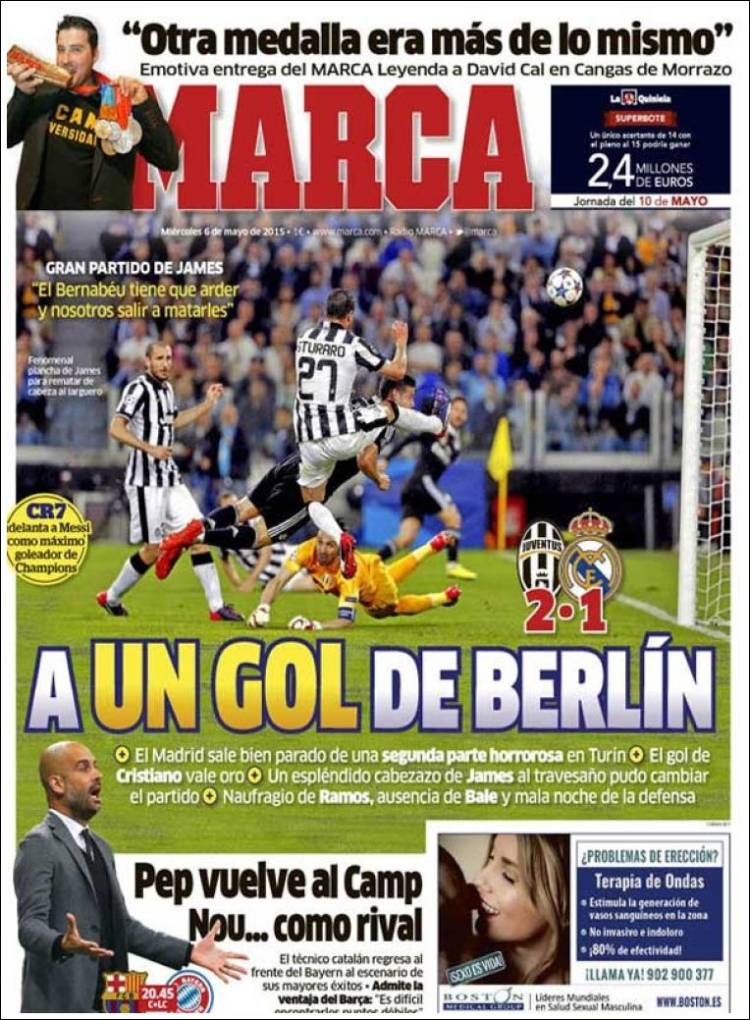 Cristiano’s goal worth its weight in gold

A bad show from Ramos, the absence of Bale and a bad night from the defence

A great game from James. “The Bernabeu has to be on fire and we’ve got to go out to kill them off”

CR7 ahead of Messi as Champions League top scorer

Pep returns to the Camp Nou...as an opponent

The Catalan Coach returns to the scene of his greatest successes as the head of Bayern. He admits Barca have the advantage 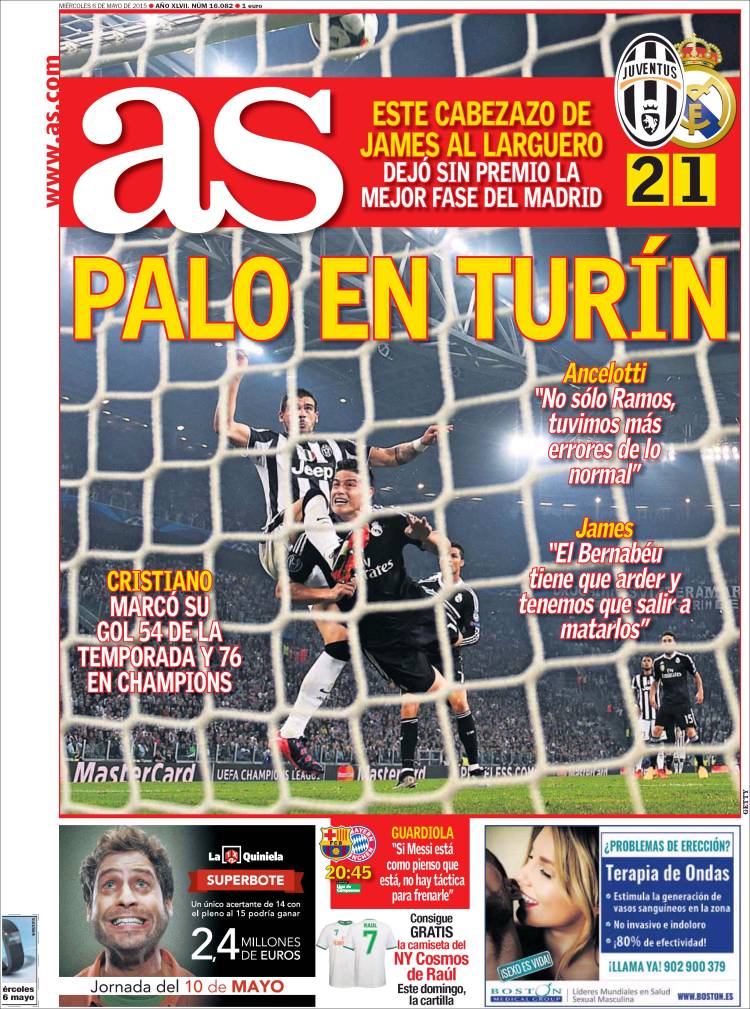 A blow in Turin

Ancelotti: “It wasn’t only Ramos, we made more errors than normal”

James: “The Bernabeu has to be on fire and we’ve got to go out to kill them off”

Guardiola: “If Messi is how I think he is there are no tactics that can stop him” 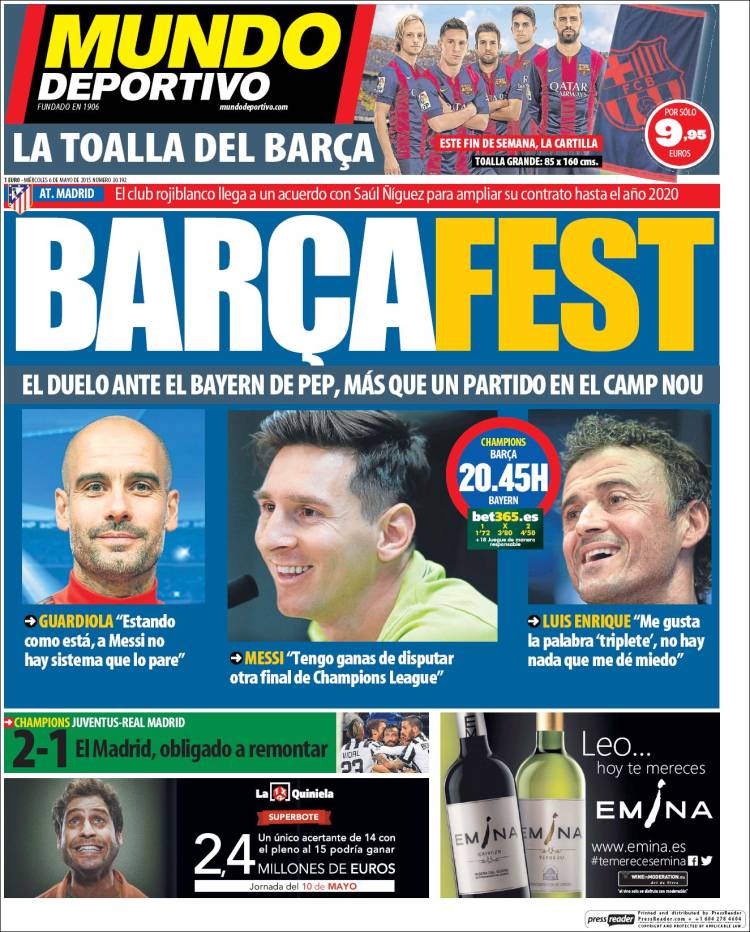 The clash against Pep’s Bayern, more than a match at the Camp Nou

Guardiola: “Being as he is, there is no system to stop Messi”

Messi: “I hope to play in another Champions League final”

Luis Enrique: “I like the word ‘treble’, there’s nothing I’m afraid of”

Madrid obliged to come back