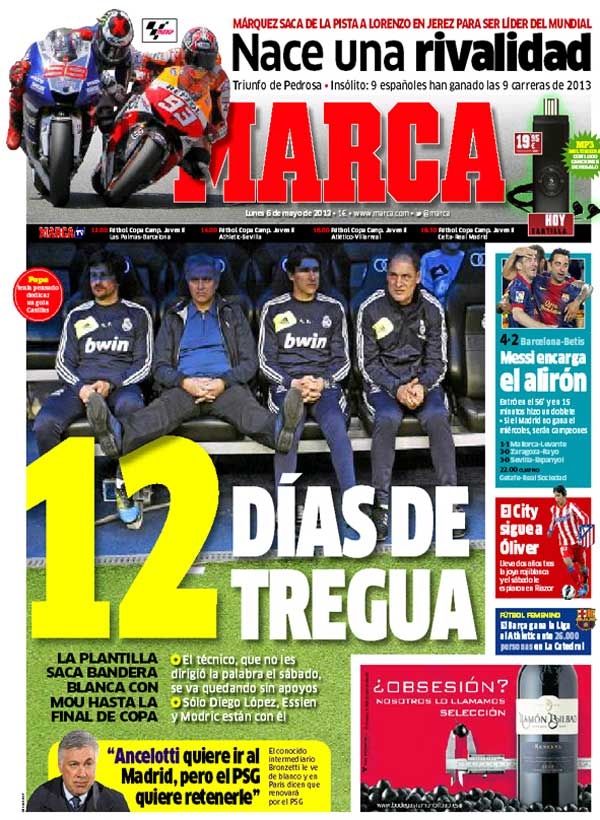 The coach, that did not say one word to the team on Saturday, has no supporters

Only Diego Lopez, Essien and Modric are with him

"Ancelotti wants to go to Madrid, but, PSG want to keep him," Bronzetti

If Madrid do not win on Wednesday, Barca will be champions

A rivalry is born 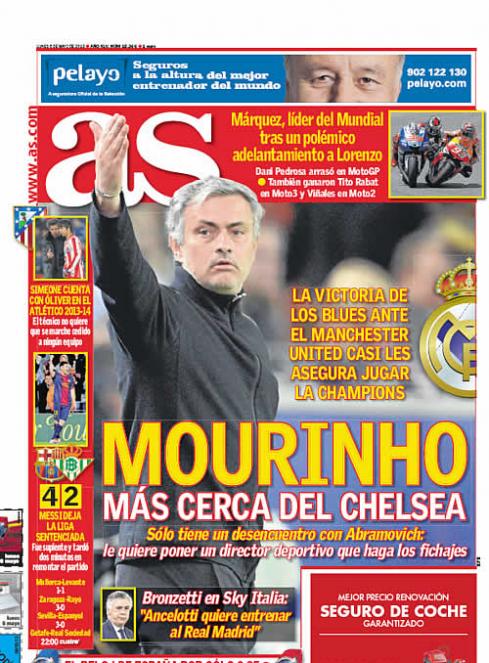 Only one thing missing in deal with Roman: He wants to be sports director and make the signings

Marquez, leads the championship, after a controversial race with Lorenzo

The coach does not want him to leave for another team

Messi leaves Barca on the brink

He started as a substitute and helps his side comeback 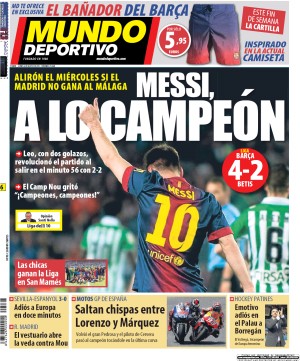 Messi is the champions

Leo, with two goals, changes the match completely when coming on in the 56 minute with the result 2-2

Real Madrid: The team are against Mou

Pedrosa returns and wins the race, he wins it in the last race