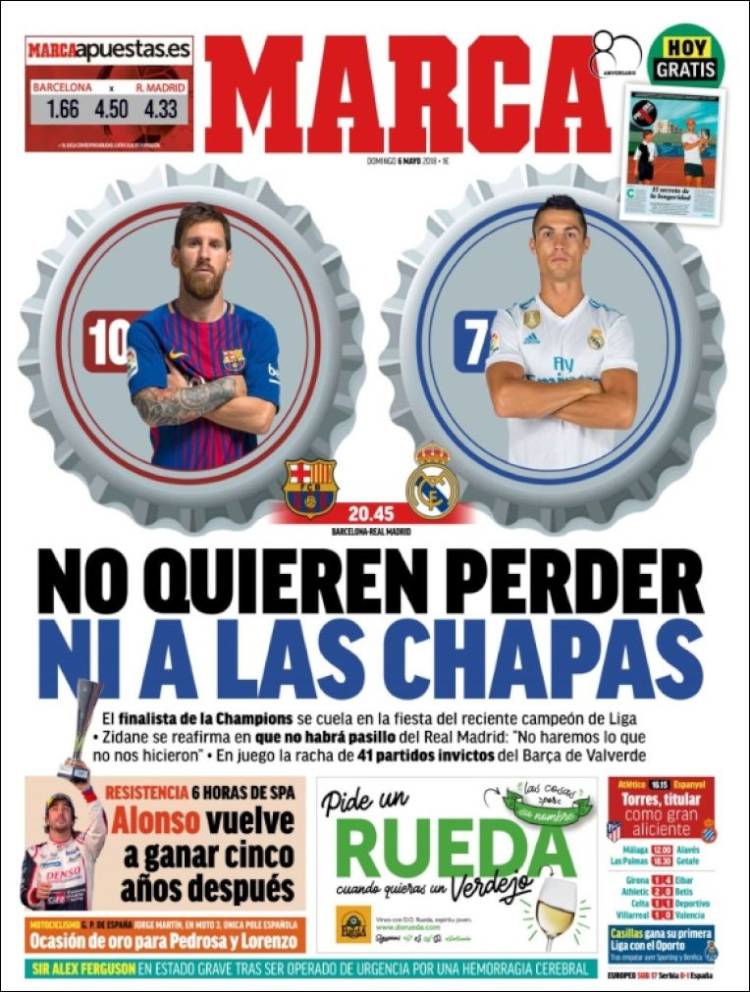 They don't want to lose

Neither do the clubs

Zidane reaffirms that Real Madrid will not perform a guard of honour: "We'll do what they didn't do for us"

Barca's 41-game unbeaten run under Valverde will be in play

Torres, starter and a great incentive

In critical condition after undergoing urgent surgery for a brain haemorrage 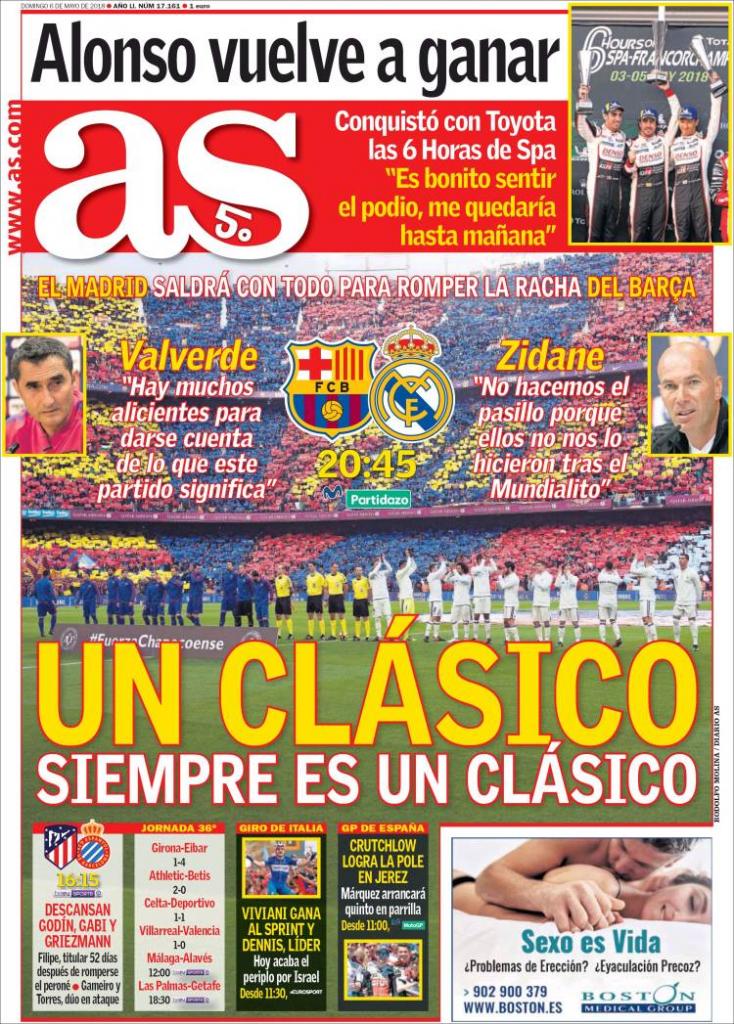 Madrid will go out with everything to end Barca's run

Is always a Clasico

Godin, Gabi and Griezmann are rested

Gameiro and Torres, partners in attack 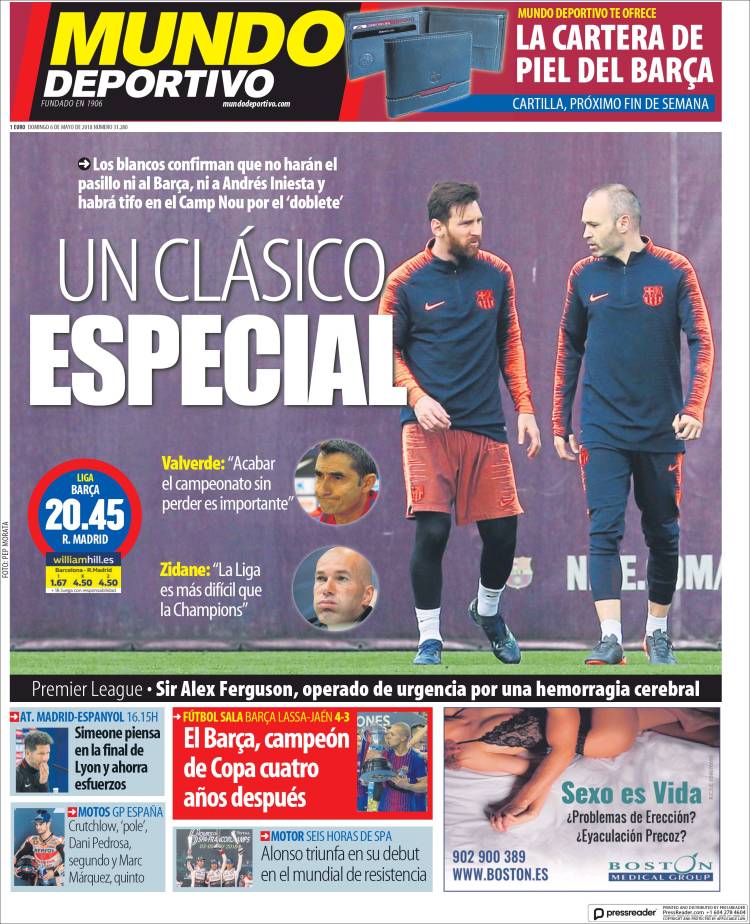 Los Blancos confirm they will not perform a guard of honour, neither to Barca nor Andres Iniesta, while there will be a 'tifo' at Camp Nou for the double

Valverde: "Ending the campaign without losing is important"

Zidane: "La Liga is harder than the Champions League"

Simeone thinks about the Final in Lyon and preserves Atletico's energy