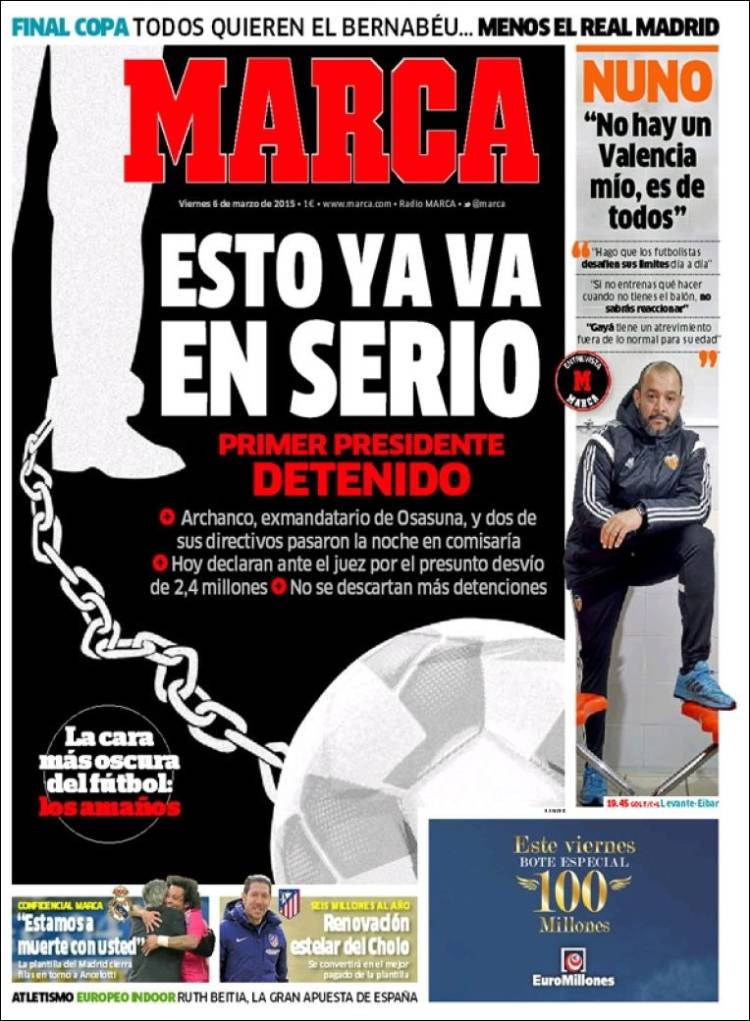 This is now serious

Today they will make a statement before a judge about the alleged diversion of €2.4m

More arrests are not ruled out

“I push the players to reach their limits every day”

“Gaya has a boldness not normal for his age”

“We will fight to the death for you”: the Real Madrid squad close ranks around Ancelotti

€6m-a-year: Cholo’s stellar renewal. He will become the highest paid member of the squad 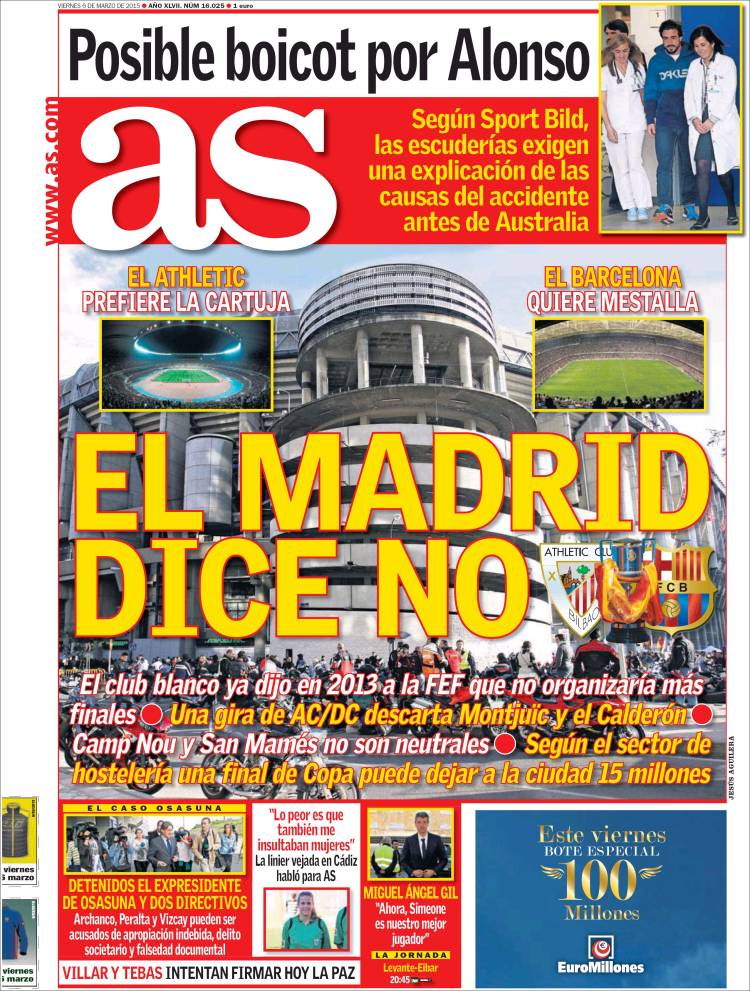 An AC/DC tour rules out Montjuic and the Calderon

Camp Nou and San Mames are not neutral

The former President of Osasuna and his board members arrested

Archanco, Peralta and Vizcay could be accused of misappropriation of funds, corporate crime and false documentation

The referees assistant discriminated against in Cadiz spoke to AS: “The worse thing is that women also insulted me”

Villar and Tebas will try to make peace today 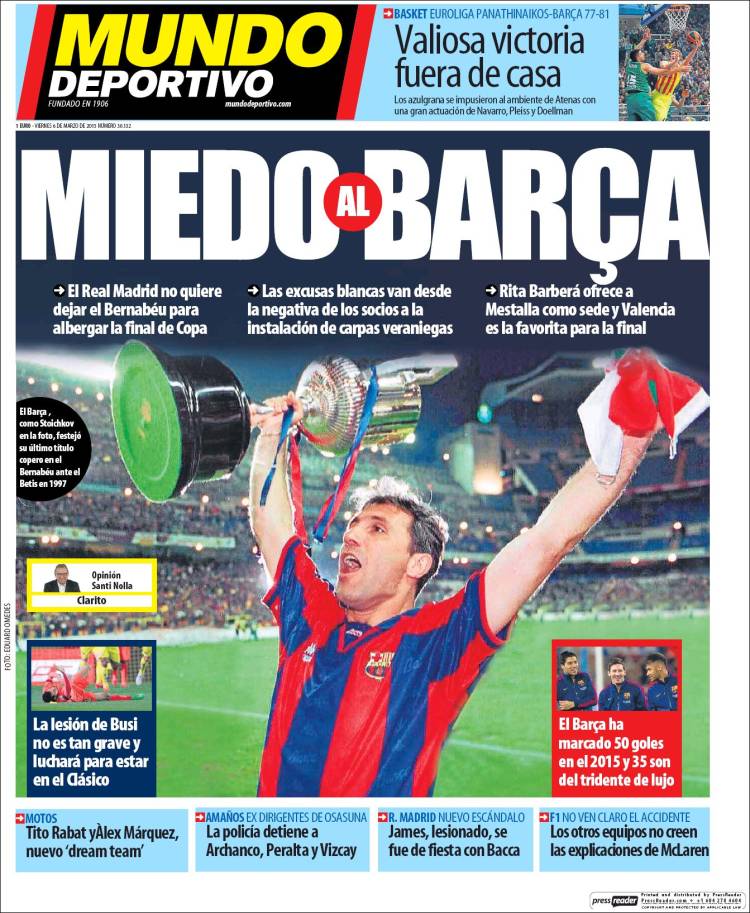 Barca, with Stoichkov in the photo, celebrate the last time they won the Cup at the Bernabeu, against Betis in 1997

Real Madrid, new furore: James, who was injured, went out partying with Bacca