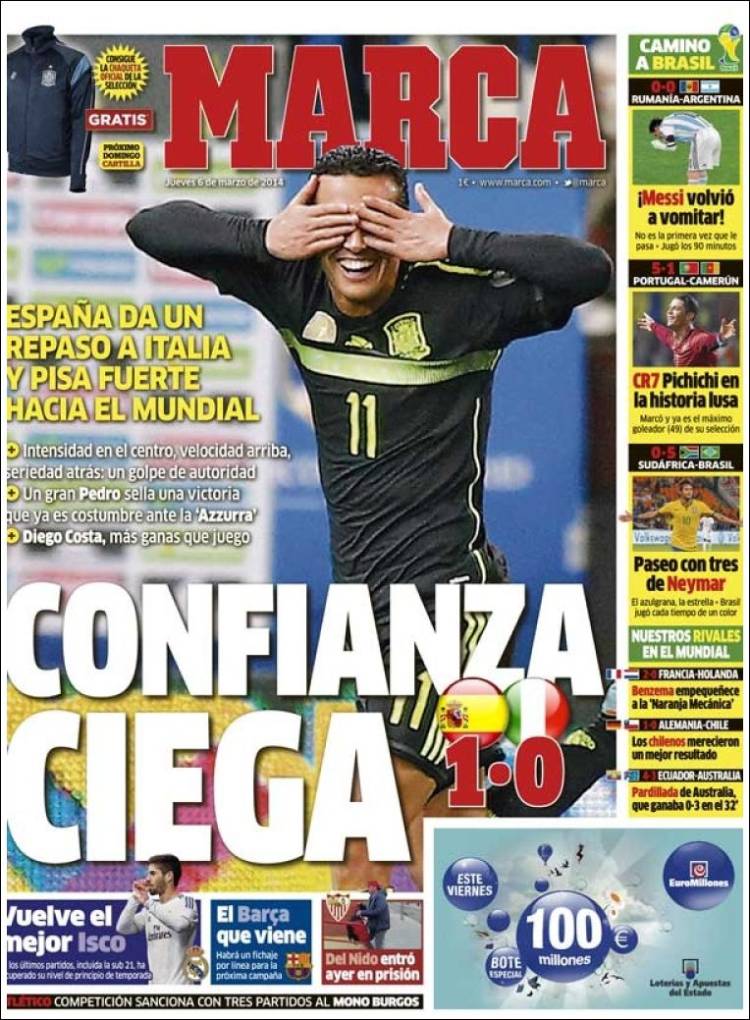 Intensity in the centre, speed up front and discipline at the back; it was a show of authority

Messi vomits again: It is not the first time this has happened to him and he played 90 minutes

He scored and now has 49 goals for his country, a new record

Our rivals at the World Cup

Ecuador 4-3 Australia: A collapse by Australia, who were winning 3-0 after 32 minutes 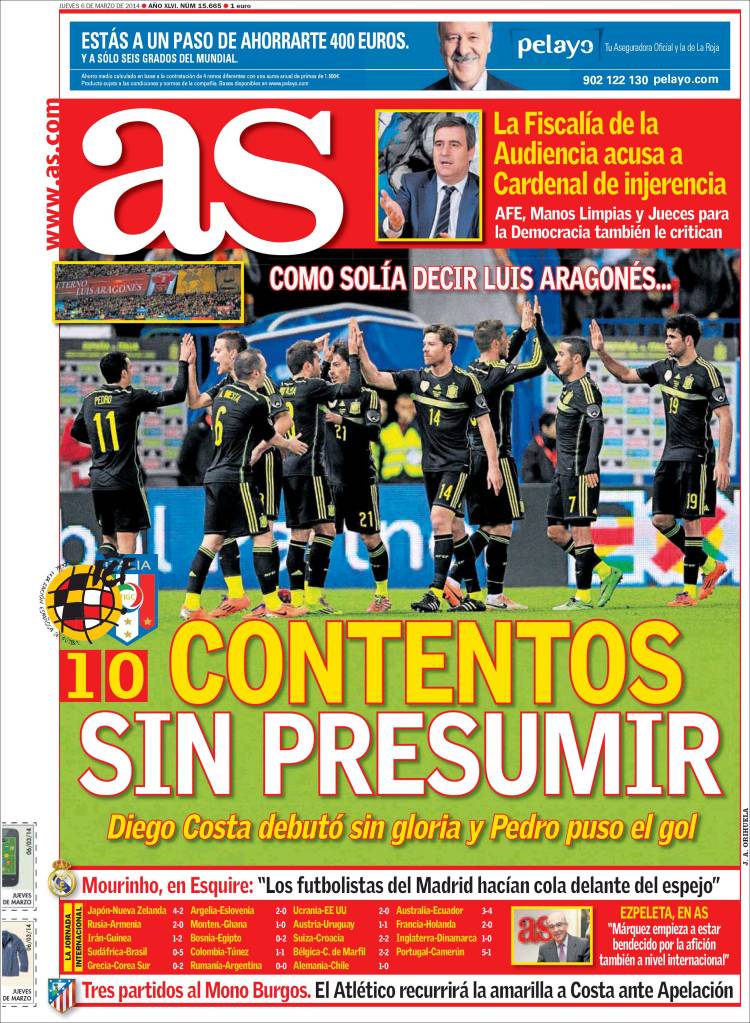 Just how Luis Aragones used to say, Happy without having to push too hard

Diego Costa debuts but does not shine, Pedro gets the winner

Mourinho in Esquire: "Madrid's players used to line up in front of the mirror"

The Supreme Court accuse Cardenal of meddling with affairs

The Supreme Court, Clean Hands and judges for democracy criticise him for meddling with the Neymar Case 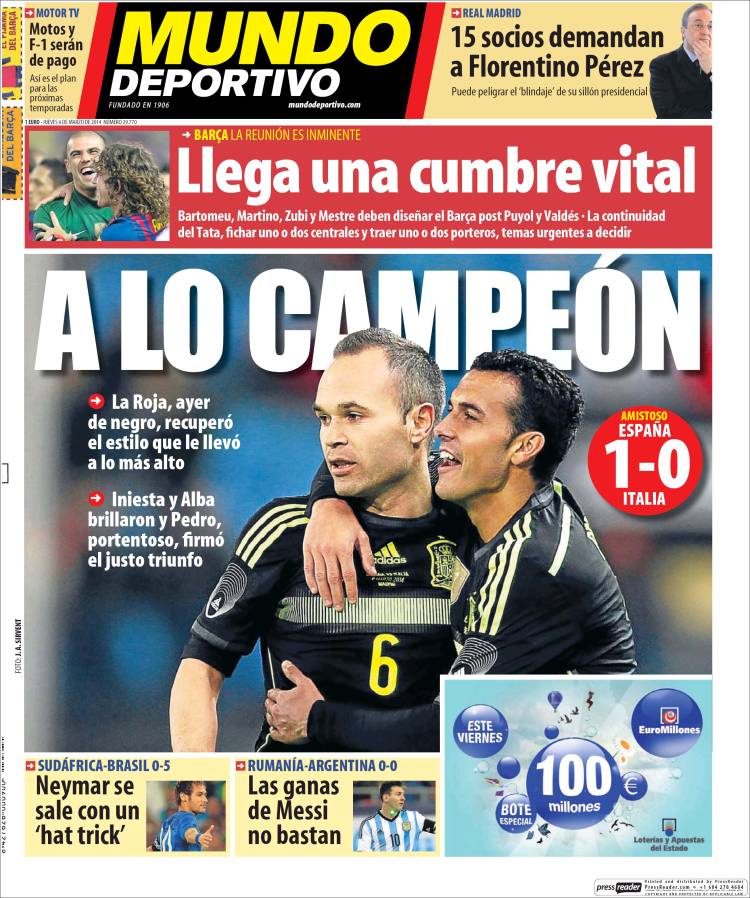 La Roja, who were black yesterday, recovered their form and played to their best

Iniesta, Alba shone, Pedro was dangerous and scored the winner

A vital summit ahead

Bartomeu, Martino, Zubi and Mestre have to build a Barca without Puyol and Valdes, discuss Tata's continuity in the role, who to sign in central defence and who to replace Valdes are the important matters

It could endanger his cosy position as club president

Neymar gets a hat-trick

Messi's enthusiasm to return was not enough