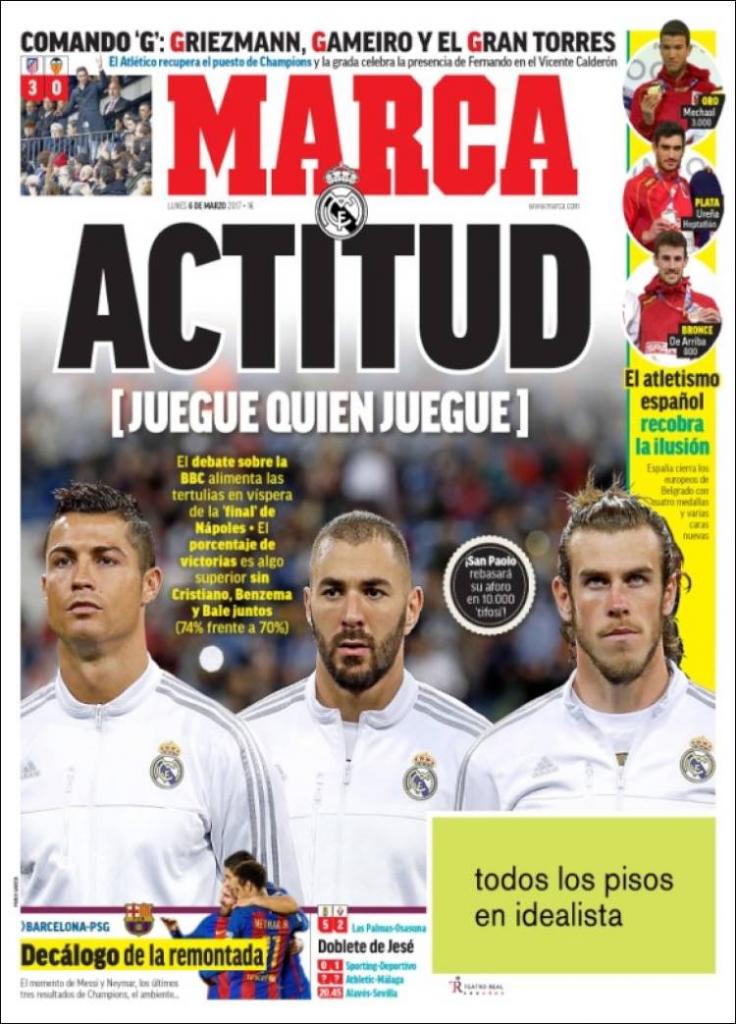 The debate and gossip over who of BBC plays intensifies on eve of Napoli 'final', percent of victories without all three of Benzema, Ronaldo and Bale playing is higher - 74% compared to 70% 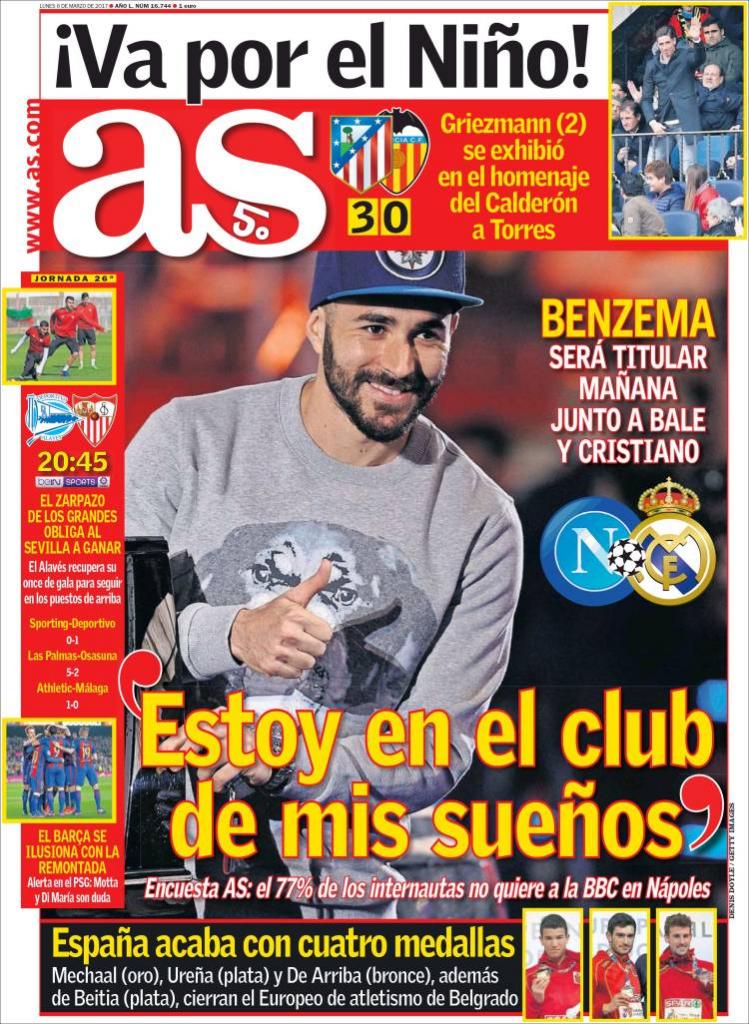 "I am at the club of my dreams"

According to AS: 77% don't want all three of BBC playing away to Napoli

Go for it El Nino! - Griezmann (scores twice) puts on an exhibition at the Calderon as Atleti beat Valencia 3-0

Barca dream of a comeback - PSG alert: Motta and Di Maria are doubts 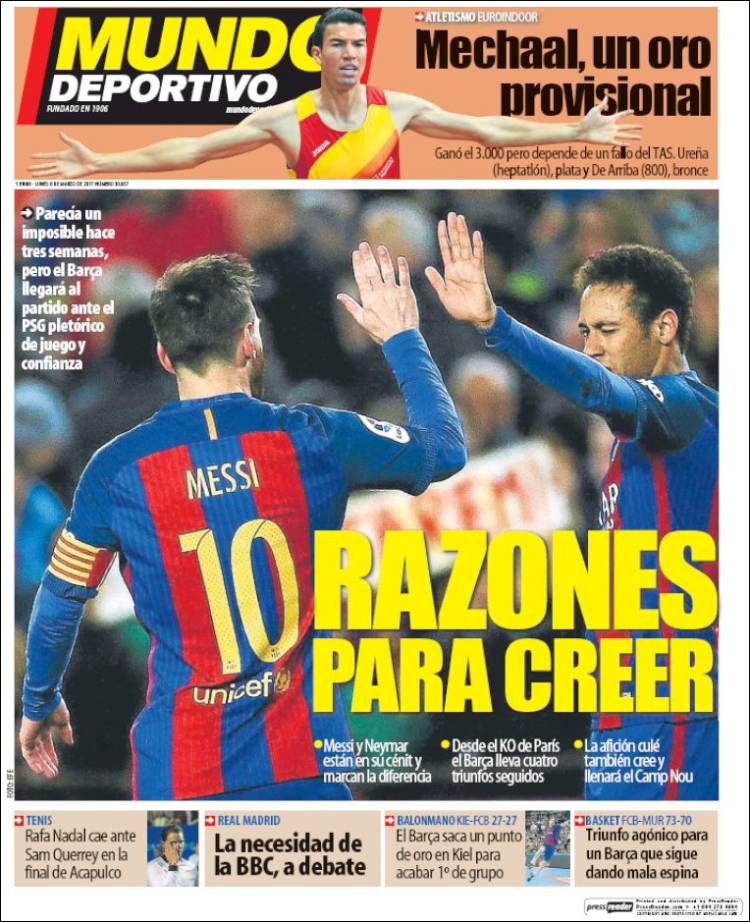 Neymar and Messi at their peak and can make the difference, from the KO in Paris Barca have won every game, the Barca fans will create a great atmosphere

It seemed impossible three weeks ago, but Barca arrive against PSG full of confidence in themselves

Debate over BBC at Madrid