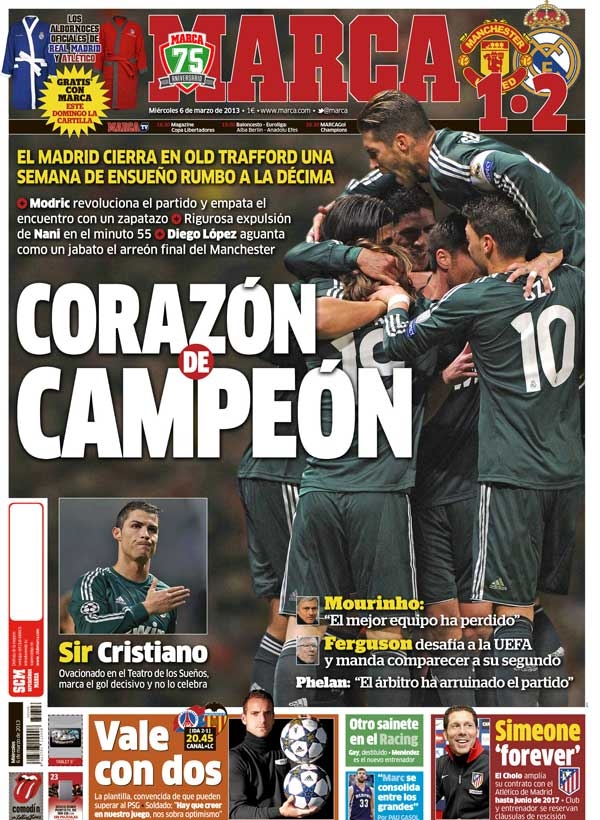 Heart of a champion

A harsh red card to Nani on 55 minutes

Diego Lopez was very brave between the sticks especially late on

Mourinho: "The best team has lost"

Ferguson challenges UEFA and sends his second-in-charge to speak

Phelan: "The referee has ruined the game"

The team are convinced they can overcome PSG

Soldado: "There has to be belief in our game, we are optimistic"

El Cholo extends his contract with Atletico Madrid to June 2017

Both club and trainer include clauses to rescind

Another comical affair in Racing

Gay is fired, Menindez is the new trainer 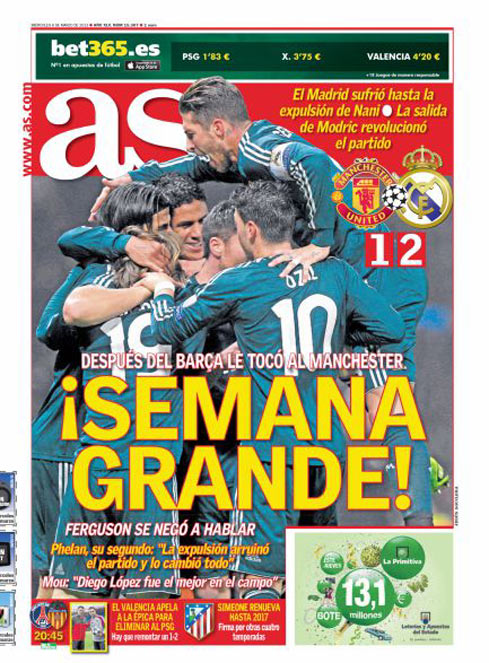 Phelan,his assistant: "The expulsion ruined the game and changed it completely"

Mou: "Diego Lopez was the best on the field"

Madrid suffers until the expulsion of Nani

The introduction of Modric revolutionised the game

Valencia bidding for an epic display to eliminate PSG

They need to comeback from 1-2

Signs for another four seasons 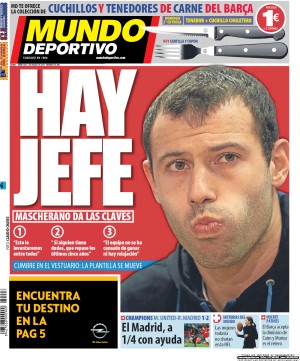 There is a boss

Mascherano has the keys

2. "If someone has doubts, they should look over the last five years"

3. "The team is not tired of winning, nor is resting on its laurels"

Team summit: The team is on the move againe

Champions League: Madrid to the quarter finals with help

Stories from the world

The ladies still cannot shoot in the NFL

Hockey: Barca accepts the resigniation of Cairo and Munoz as relief