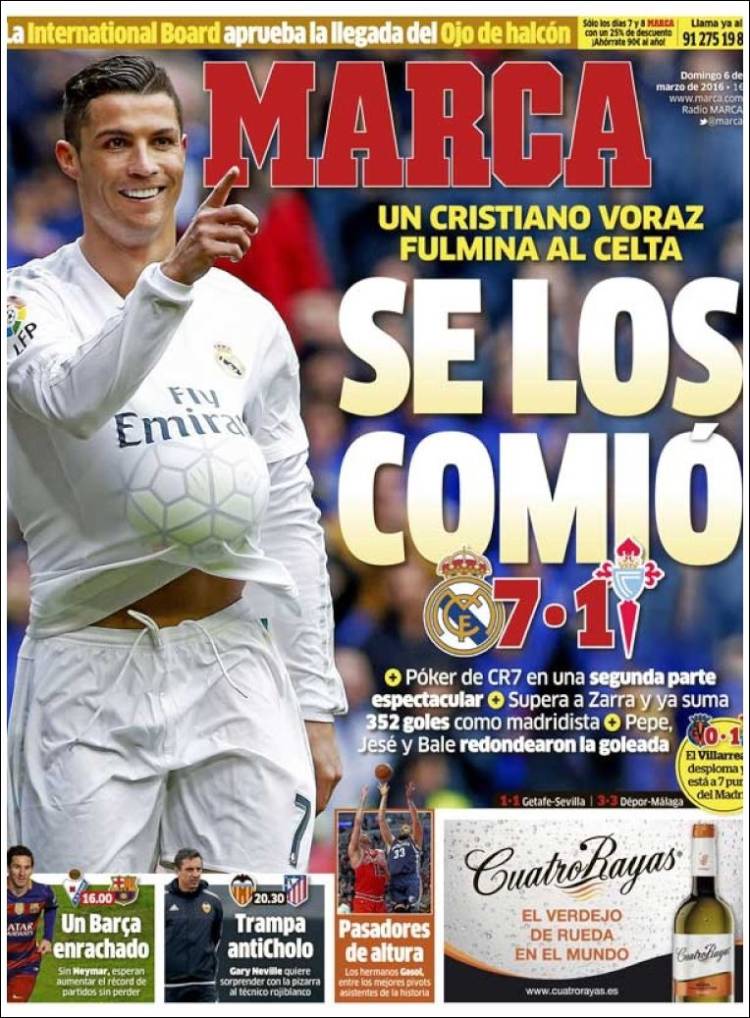 A voracious Christian unleashes his rage at Celta

CR7 scores four in a spectacular second half

Surpasses Zarra and moves onto 352 goals for Real Madrid

Pepe, Jese and Bale rounded off the rout

Without Neymar, they hope to extend their unbeaten record

IFAB approves the arrival of Hawkeye 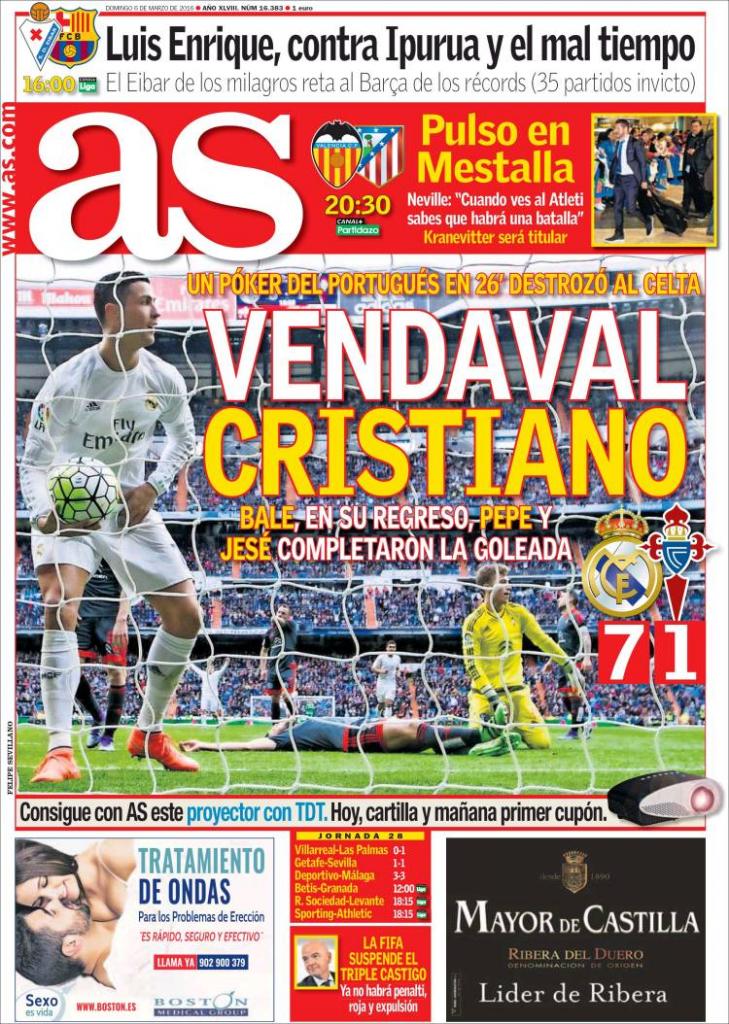 Four goals from the Portuguese in 26 minutes blitzes Celta

Bale, on his return, Pepe and Jese complete the rout

Neville: “When you see Atleti, you know there’ll be a battle”

There won’t be a penalty, red and ban anymore 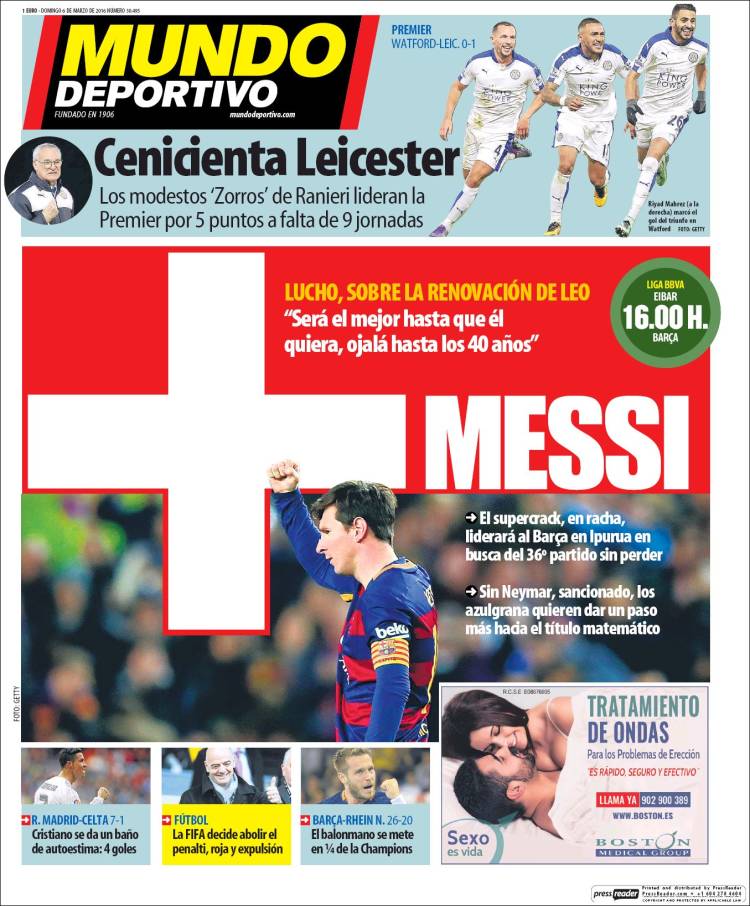 Without Neymar, who is banned, Barca want to take another mathematical step towards the title

Lucho, on Leo’s renewal: “He can be the best for as long as he wants, hopefully until he’s 40”

FIFA decides to abolish the penalty, red and ban