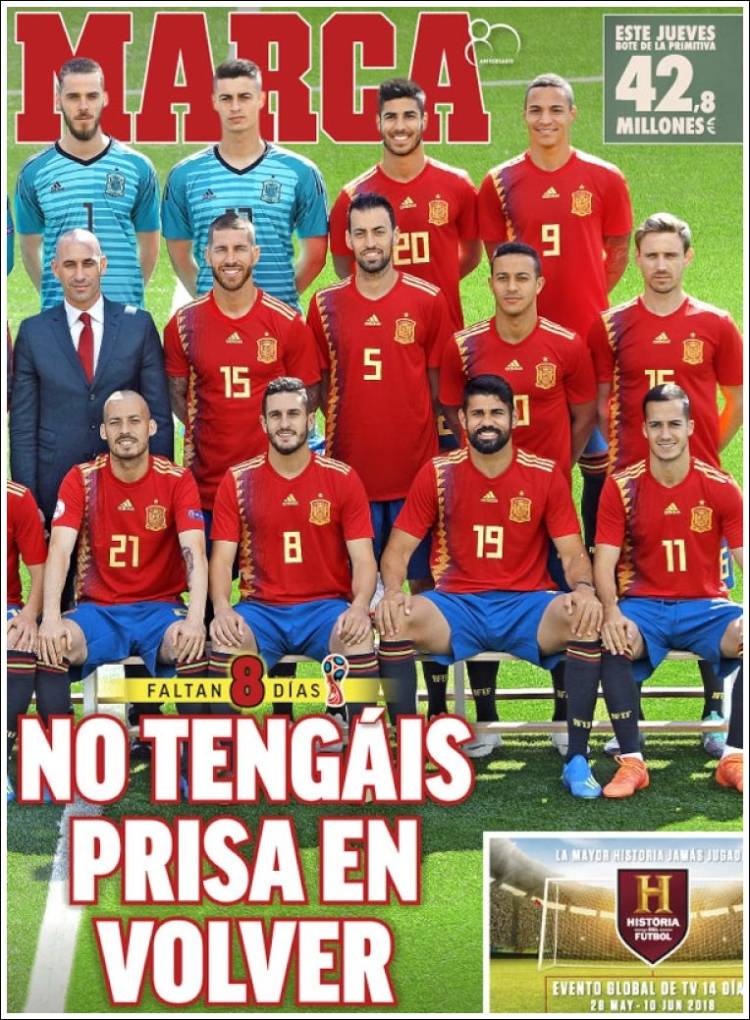 Do not hurry to return

8 days to the World Cup 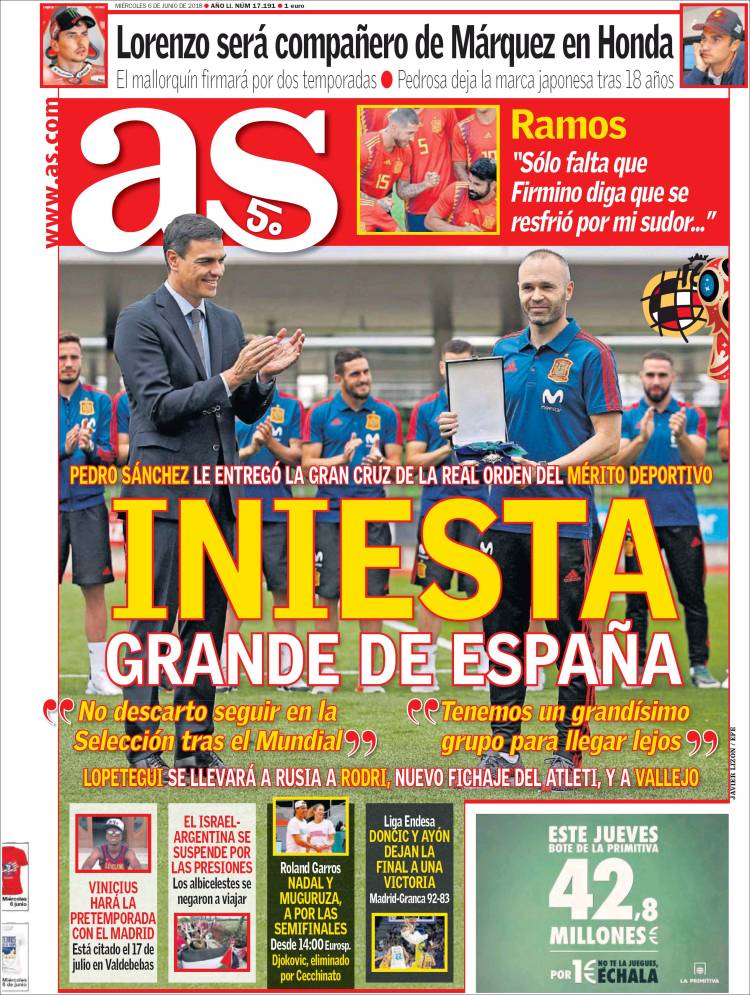 "I don't rule out staying with Spain after the World Cup", "We have a great group for progressing"

Ramos: It only needs Firmino to say that he has a cold because of my sweat

Vinicius to join Madrid in pre-season 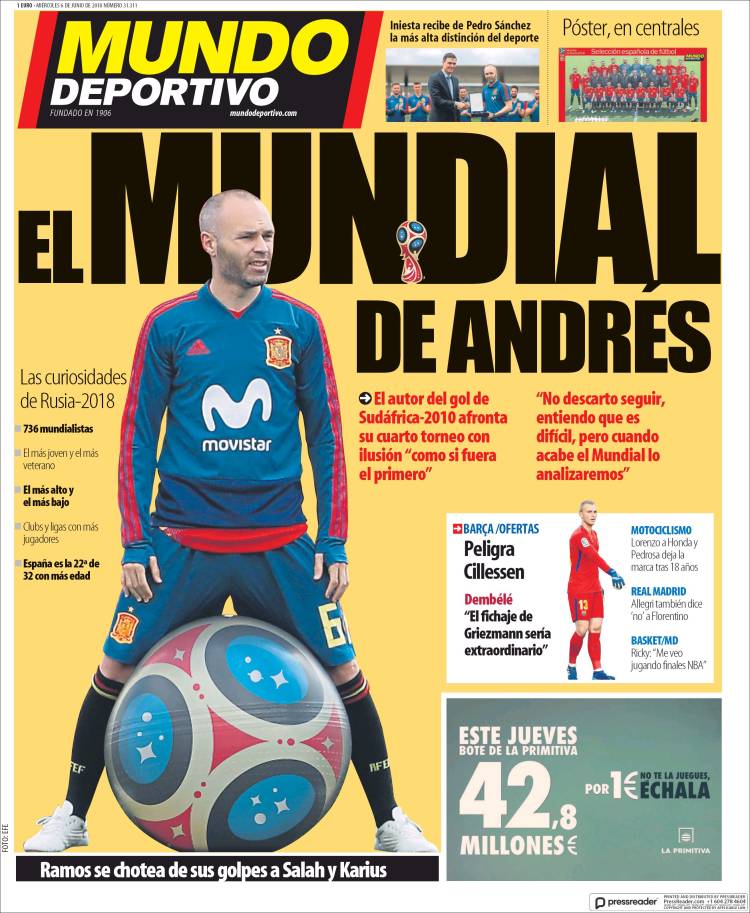 The World Cup of Andres

Iniesta approaching tournament 'as if it were my first', doesn't rule out staying with Spain after World Cup

Dembele: The signing of Griezmann would be extraordinary

Allegri says no to Madrid