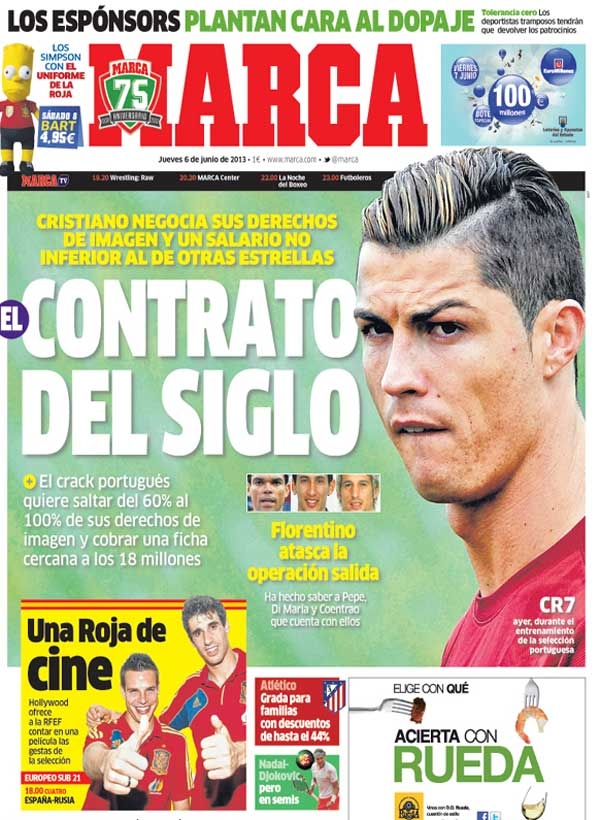 The contract of the century

Florentino to block the sale operation of Di Maria, Coentrao and Pepe

Atletico: To offer up to 40% discounts for families

Nadal v Djokovic in the semis 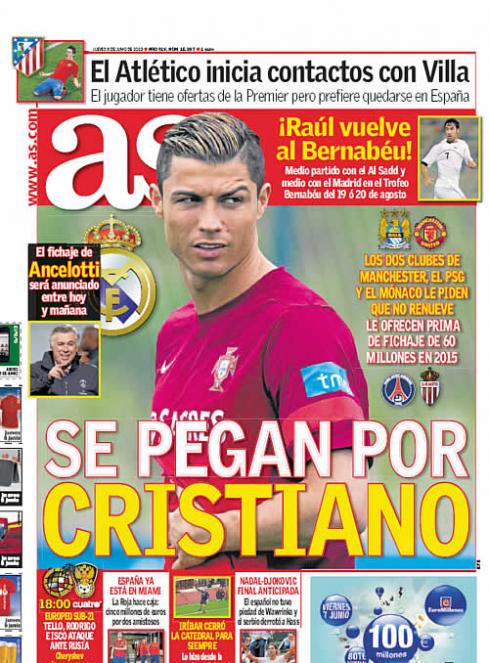 Manchester City, Monaco and PSG, two of them have asked CR7 not to renew

The signing of Ancelotti will be announced today or tomorrow

Raul returns to the Bernabeu

Cheryshev to be Russia´s threat

Nadal Djokovic in the semis

Real Madrid v Barcelona: There will be a clasico in the final of the ACB 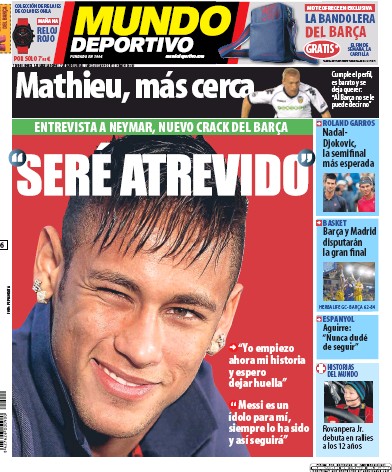 "I will be bold" Neymar

"Messi is my idol, and always has been and will continue to be so"

He ticks all the boxes, is cheap and wants to leave

"No one can say no to Barca" Mathieu

Roland Garros: Nadal Djokovic in the most anticipated semifinal

Basketball: Barca and Real Madrid to dispute the final