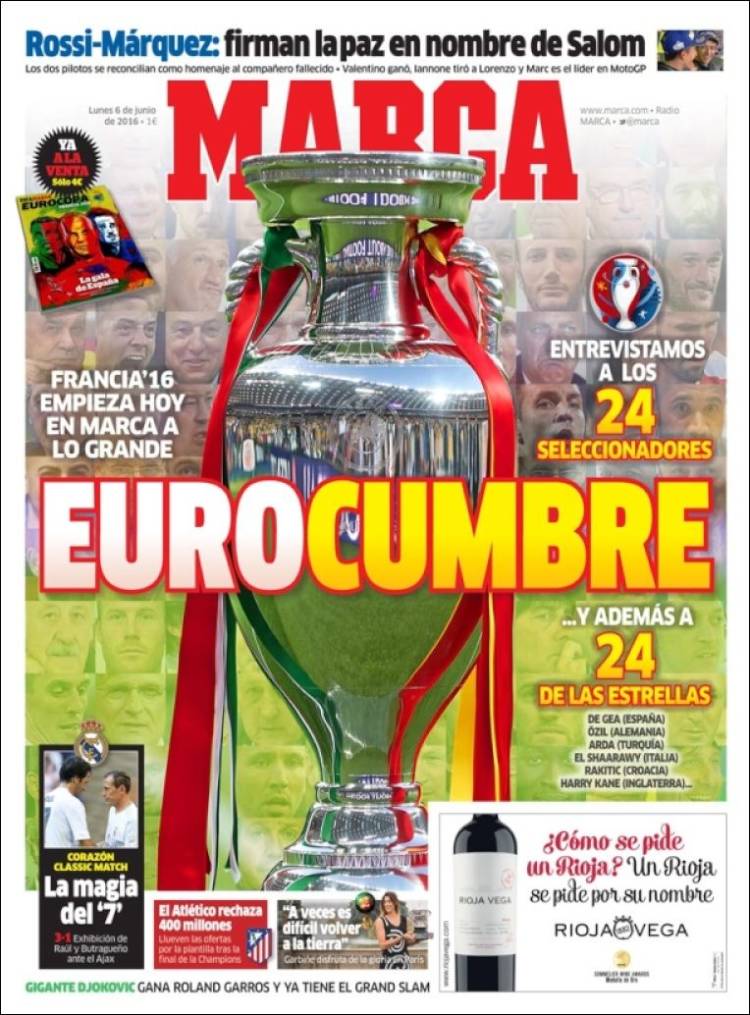 3-1, exhibition from Raul and Butragueno against Ajax 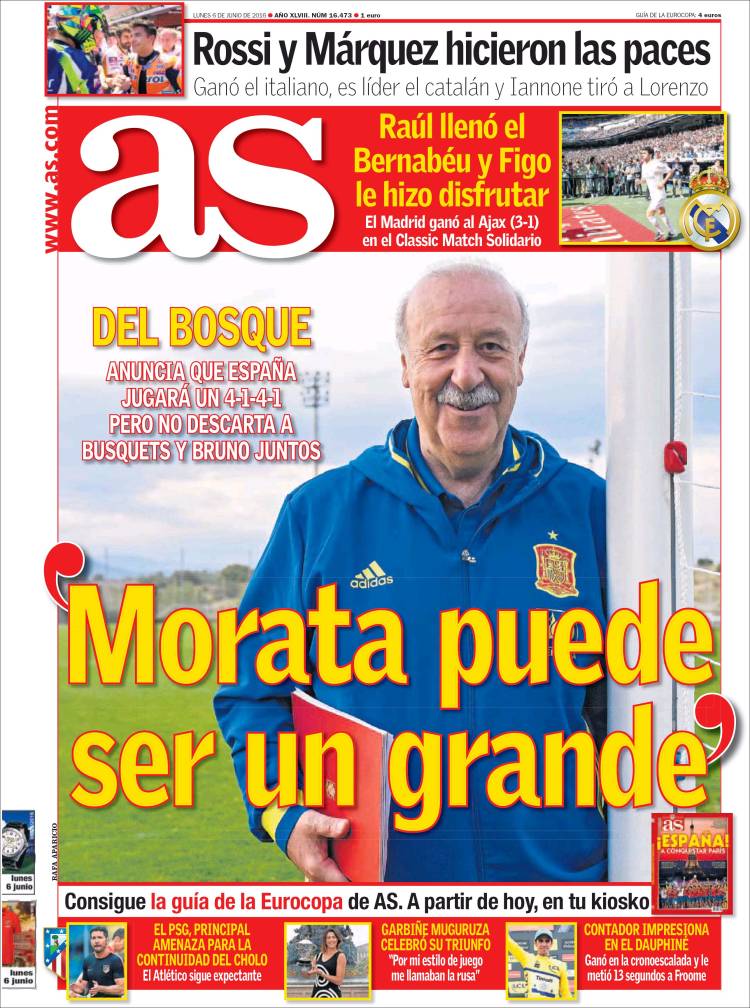 “Morata can be a great”

Raul fills the Bernabeu and Figo puts on a show

PSG main threat to the continuity of Cholo 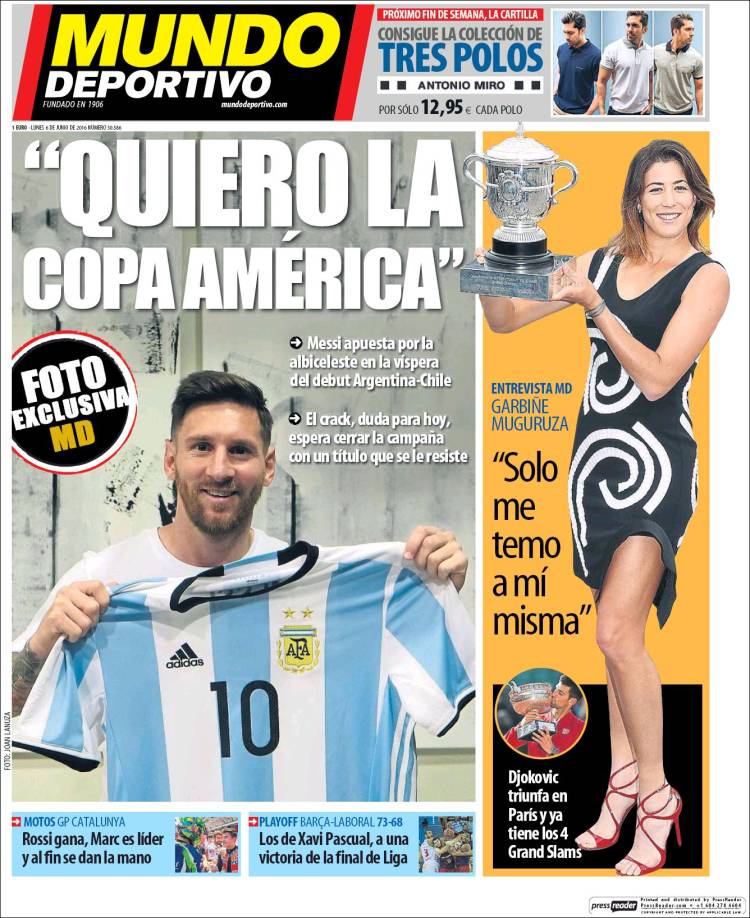 “I want the Copa America”

The star, doubtful for tonight, hopes to end the season with a trophy he remains without