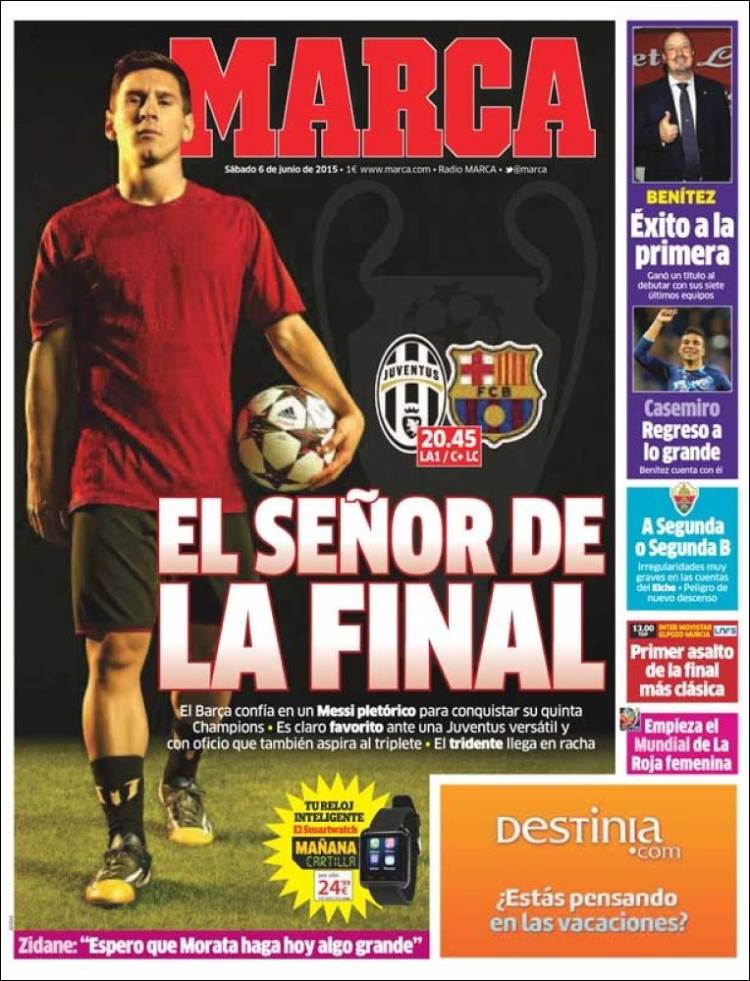 Messi - man of the final

Clear favourites against a versatile Juventus and also aspire the treble

Zidane: I hope Morata does something great tonight

Casemiro - back in the big time

Segunda or Segunda B for Elche?

Spain’s women get their World Cup under way 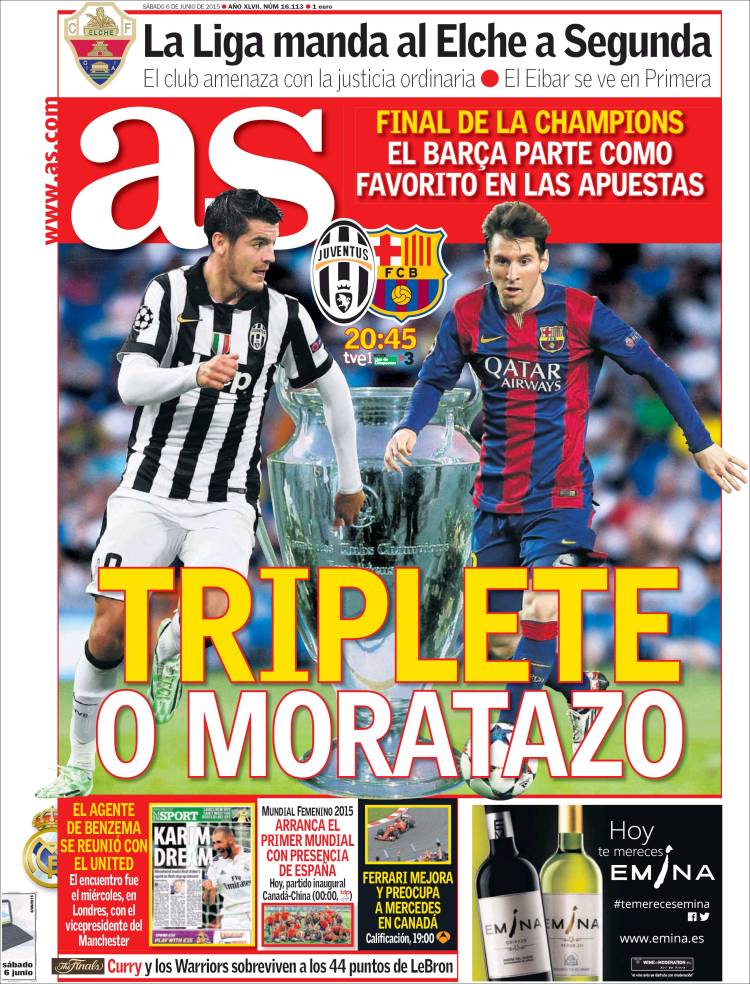 Barca favourites in the betting

Benzema’s agent met with the United

Today, the opener between Canada and China (23:00 BST) 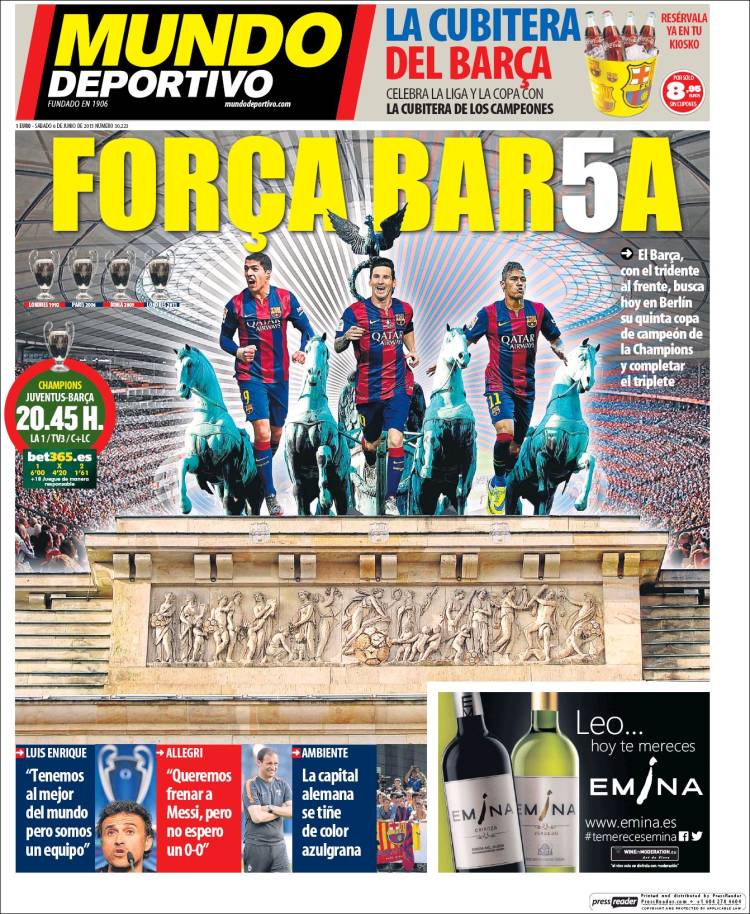 Barca, with their attacking trident, look to win their fifth Champions League in Berlin and complete the treble tonight

Luis Enrique: We have the best players in the world, but we’re a team

Allegri: We want to stop Messi but don’t expect 0-0

Surroundings - the German capital is in Barca colours