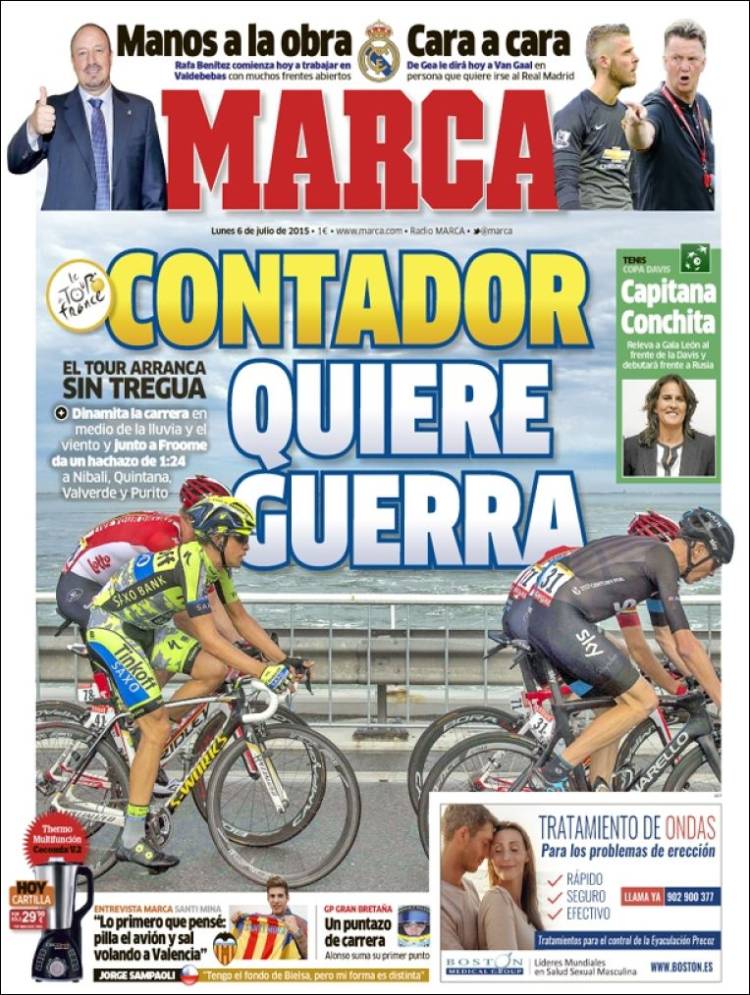 Santi Mina: “The first thing I thought was catch the plane and fly to Valencia”

Jorge Sampaoli: “I have Bielsa’s background, but my style is different” 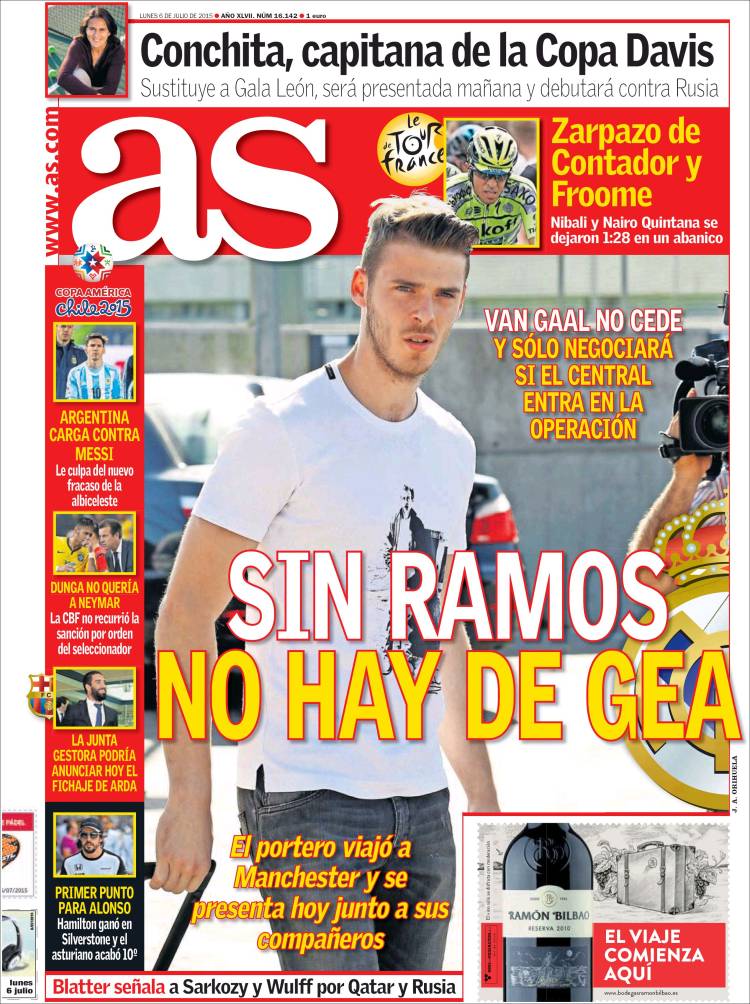 No Ramos, no De Gea

He is again blamed for La Albiceleste’s failure

Dunga does not want Neymar

Barca’s interim board may announce the signing of Arda today 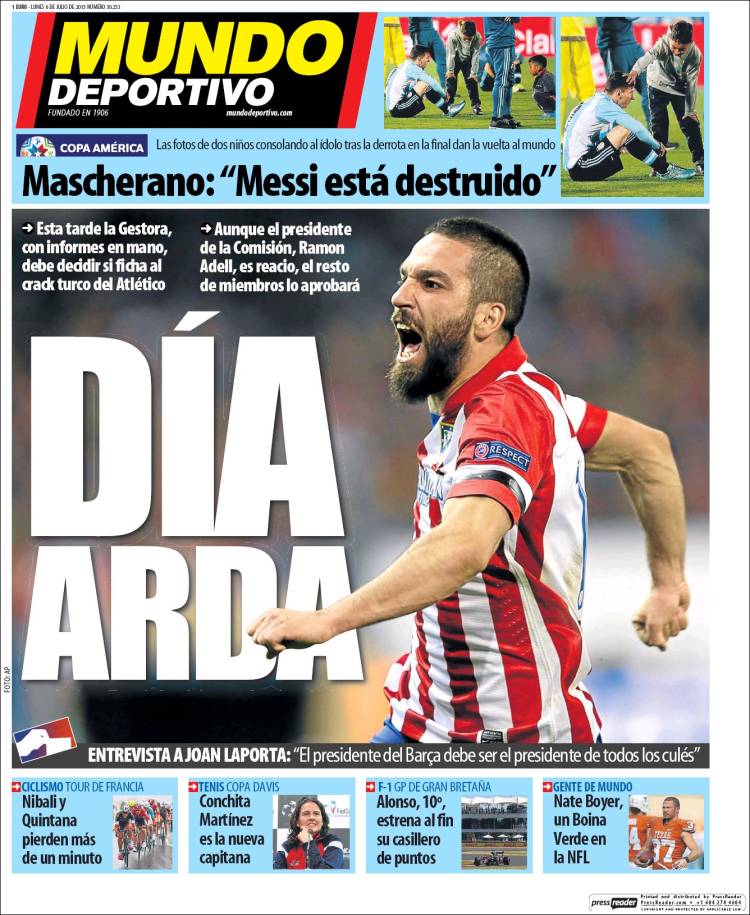 This afternoon, Barca’s interim board, with reports in hand, will decide whether to sign Atletico’s Turkish star

Although President of the board, Ramon Adell, is reluctant, the other members will give their approval

Interview with Joan Laporta: “The Barca president should be a President for all Barca fans”