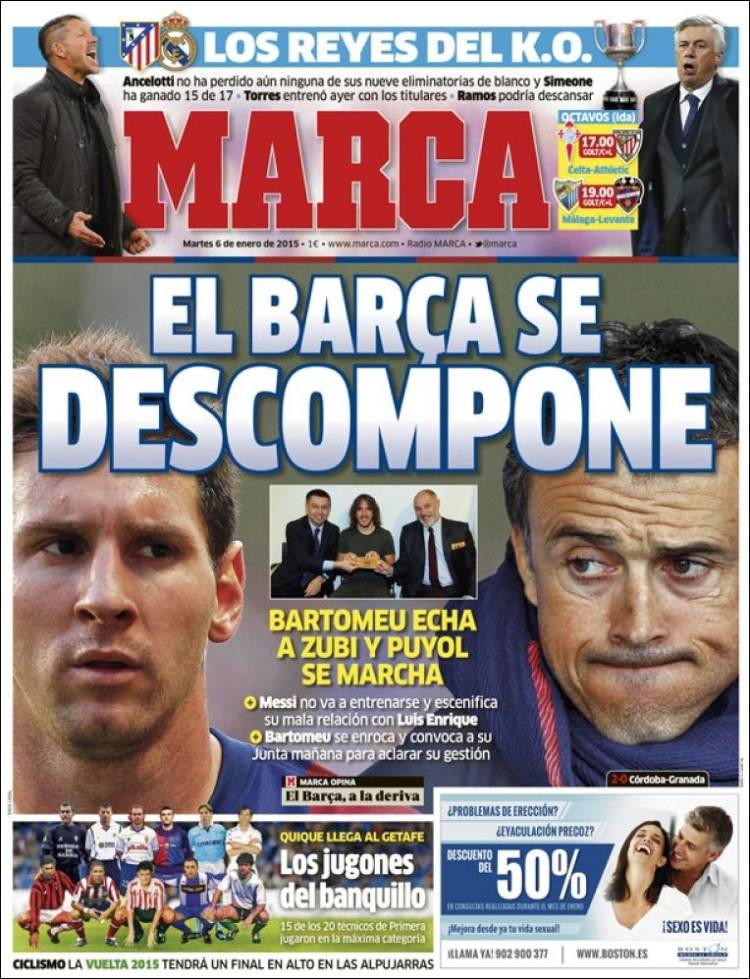 The KO Kings: Ancelotti has still not lost any of his nine ties with Los Blancos and Simeone has won 15 out of 17

Ramos could be rested

The players from the bench: 15 of the 20 Primera coaches played in the top flight 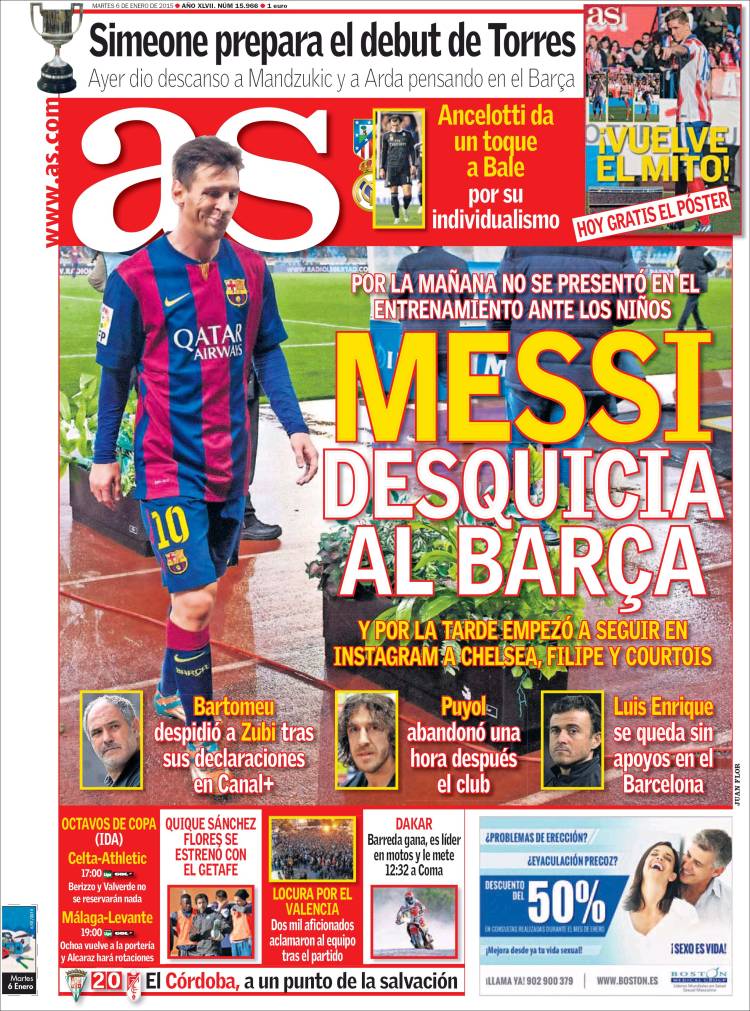 Bartomeu gets rid of Zubi following his declarations on Canal Plus

Luis Enrique is left without support at Barcelona

Simeone prepares for Torres’ debut: yesterday he decided to rest Mandzukic and Arda thinking of Barca

Ancelotti raps Bale for his individualism

Celta-Athletic: Berizzo and Valverde will not reserve anyone

Malaga-Levante: Ochoa returns in goal and Alcaraz will rotate

Madness in Valencia: 2,000 supporters acclaim the team after the match

Cordoba, one point from safety 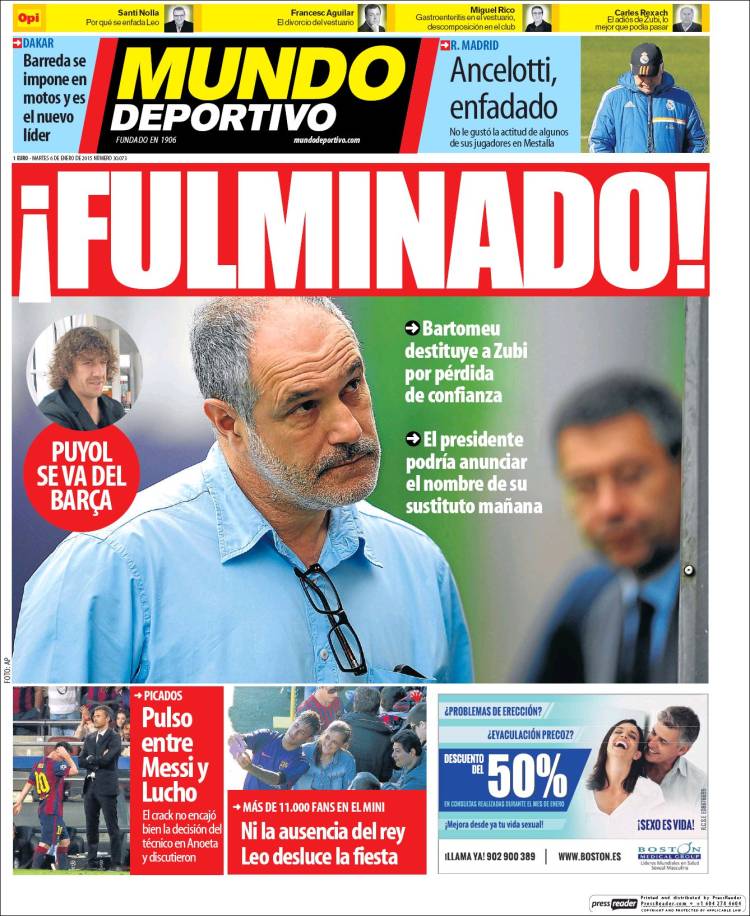 Bartomeu fires Zubi because of a lack of confidence

The President could announce the name of his replacement tomorrow

Ancelotti angry: he didn’t like the attitude of his players at Mestalla

Annoyed: showdown between Messi and Lucho

Even the absence of King Leo doesn’t spoil the party