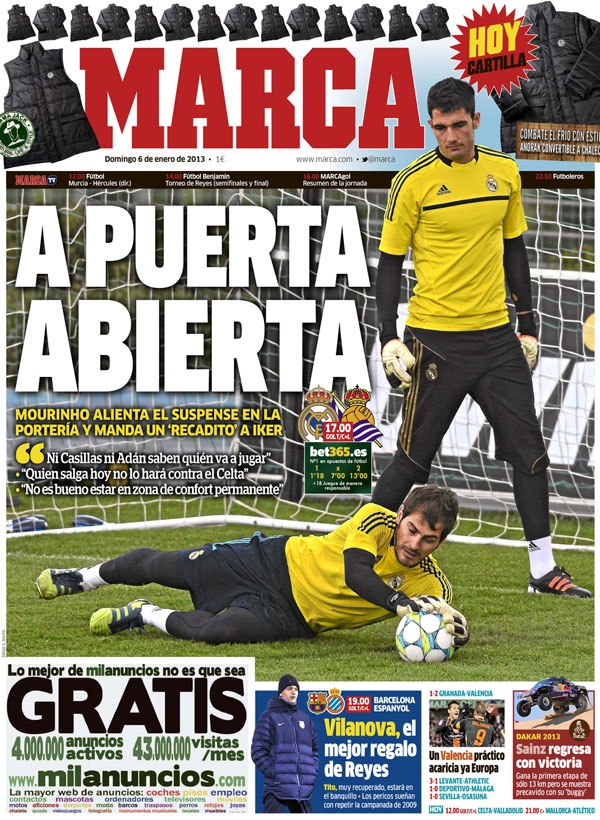 Mourinho: “Nor Casillas no Adan no who will play”, “Who leaves today will not make it against Celta”, “It is not good to be in the comfort zone permanently”

Vilanova, the best present for the King’s holiday

Sainz returns with victory: Wins the first stage of only 13km but shows cautions with his ‘buggy’ 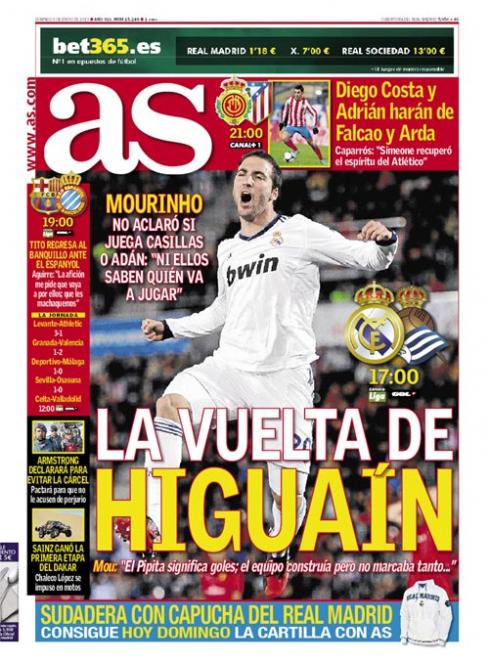 The return of Higuain

Mou: “Pipita means goals; the team builds chances but does not score many”

Mourinho does not clarify if Casillas or Adan will play: “They do not know who will play”

Diego Costa and Adrian will replace Falcao and Arda

Caparros: “Simeone has recovered the spirit of Atletico”

Tito returns to the bench against Espanyol

Aguirre: The fans asked me that I go for them

Armstrong to declare to avoid jail 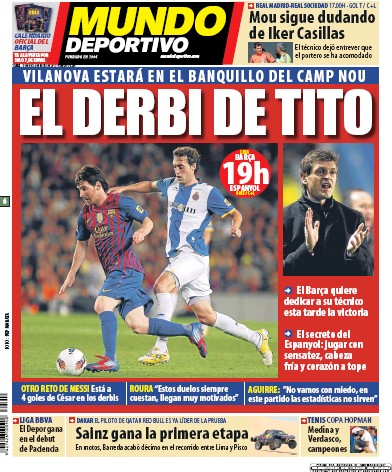 The Derby of Tito

Vilanova to be on the bench at Camp Nou

Barca want to dedicated a victory to their coach

Espanyol’s secret: To play with prudence, calm heads and full of heart

Another challenge for Messi:  He is four goals away from Cesar in the derbies

Roura: “These duels always are costly but they always motivate”

Aguirre: “We will not be scared, the statistics count for nothing”

Dakar, the driver of the Qatar Red Bulls is already the leaders

In the motorbikes, Barreda finishes tenth in the route from Lima to Pisco

Mourinho contines doubting Casillas: The trainer gives a hint that the keeper has been too comfortable