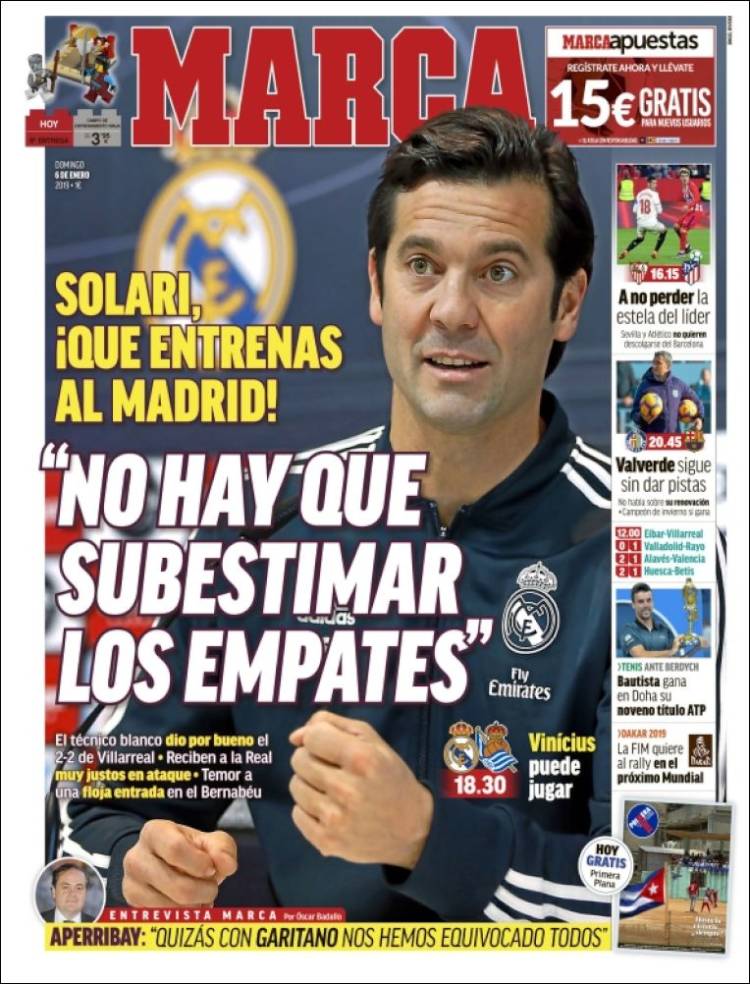 They host a Real side who are strong in attack

Fear of a lack of numbers at the Bernabeu

Aperribay: "Maybe we all made a mistake with Garitano"

Out to avoid losing trail of the leaders

Valverde stays on without giving clues 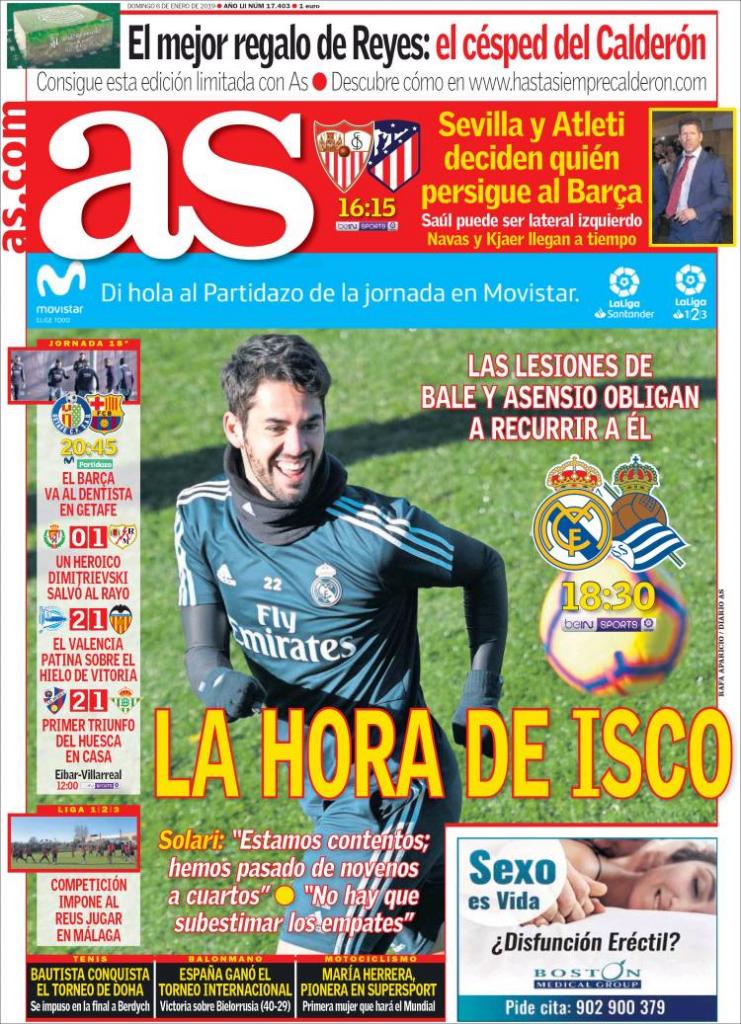 Injuries to Bale and Asensio force him to play

Barca go to the dentist at Getafe

Valencia skate on the ice of victory

The League forces Reus to play at Malaga 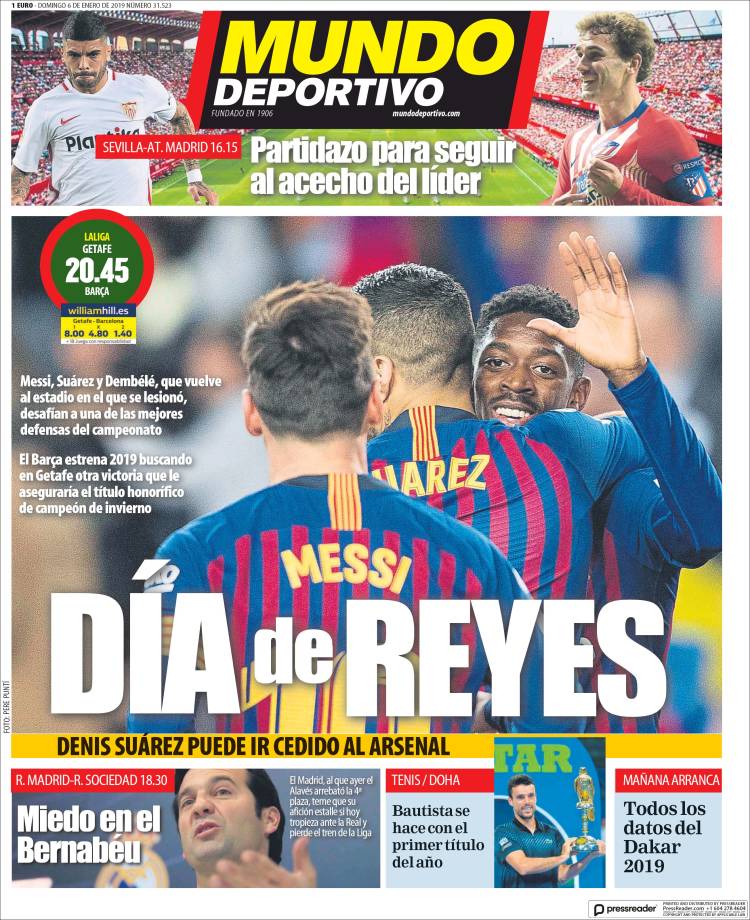 Great game to stay on the leaders's prowl

Messi, Suarez and Dembele, who returns to the stadium where he got injured, face one of the League's best defences

Barca start 2019 looking for another win at Getafe, which would secure them the honorary title of winter champions

Denis Suarez could go to Arsenal on loan

Fear at the Bernabeu