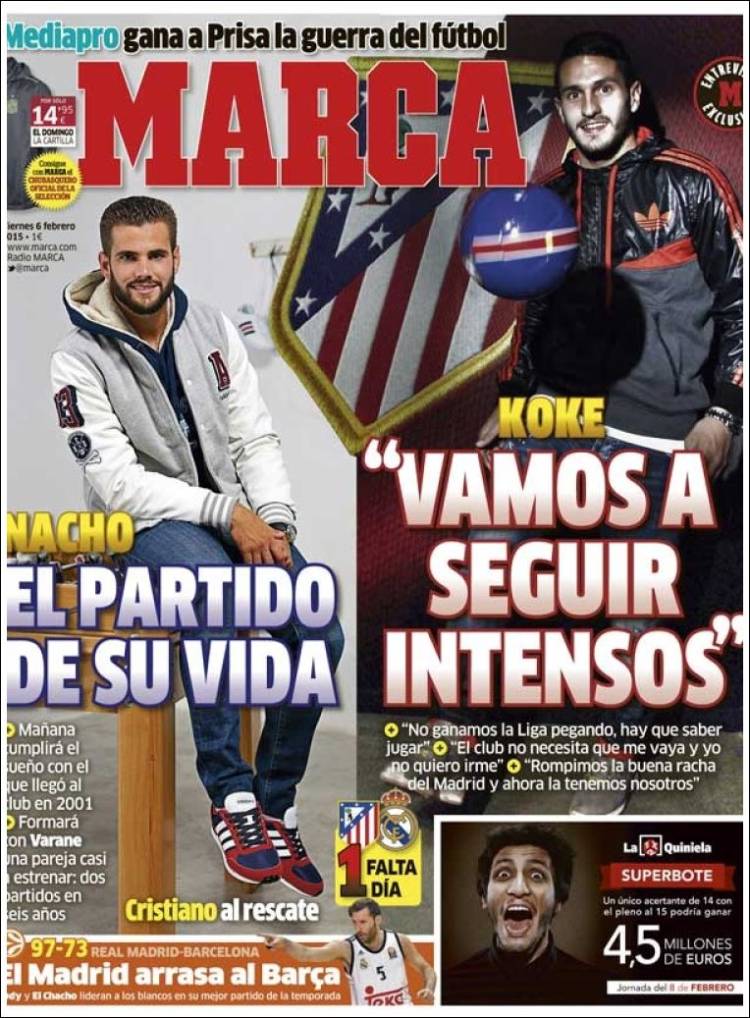 Koke: “We’ll carry on being intense”

“We didn’t win La Liga by being dirty, you’ve got to know how to play”

Nacho: the game of his life

He will line up alongside Varane in an almost debutant pairing: two games in six years

Cristiano to the rescue 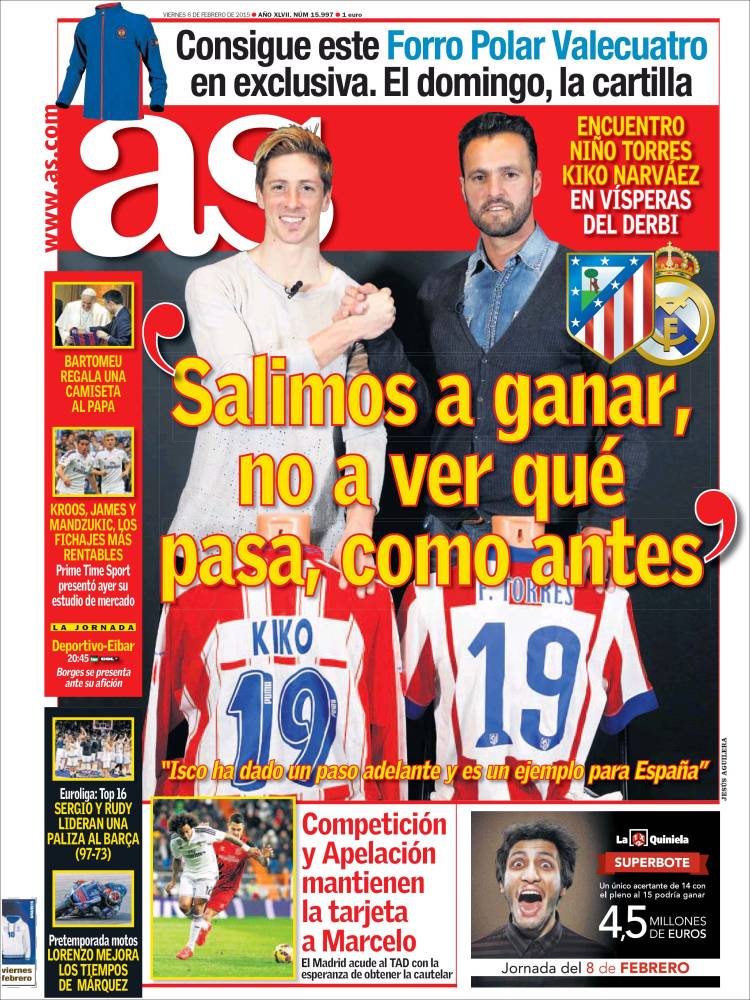 “We are going out to win, not to see what happens, like before”

Madrid turned to TAD in the hope of getting an adjournment

Bartomeu gives the Pope a shirt as a gift

Kroos, James and Mandzukic the most profitable signings

Deportivo-Eibar: Borges is presented in front of the supporters 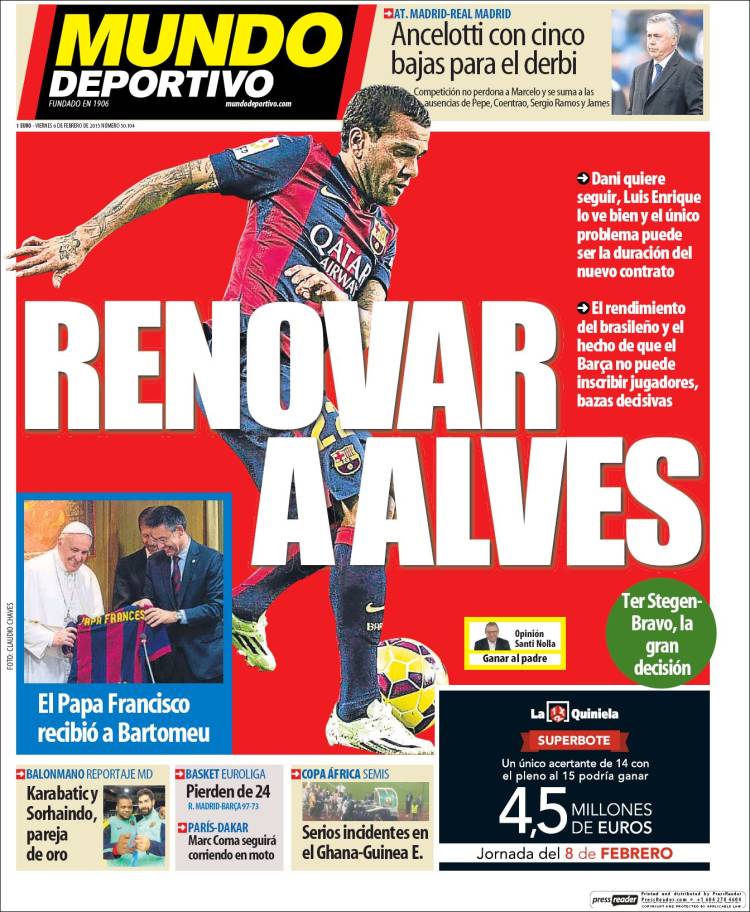 Dani wants to continue, Luis Enrique agrees, and the only problem could be the length of his new contract

The performance of the Brazilian and the fact Barca can’t sign players, decisive bargaining points

Ancelotti with five injuries for the derby

The Competition Committee don’t pardon Marcelo and it adds to the absences of Pepe, Coentrao, Sergio Ramos and James