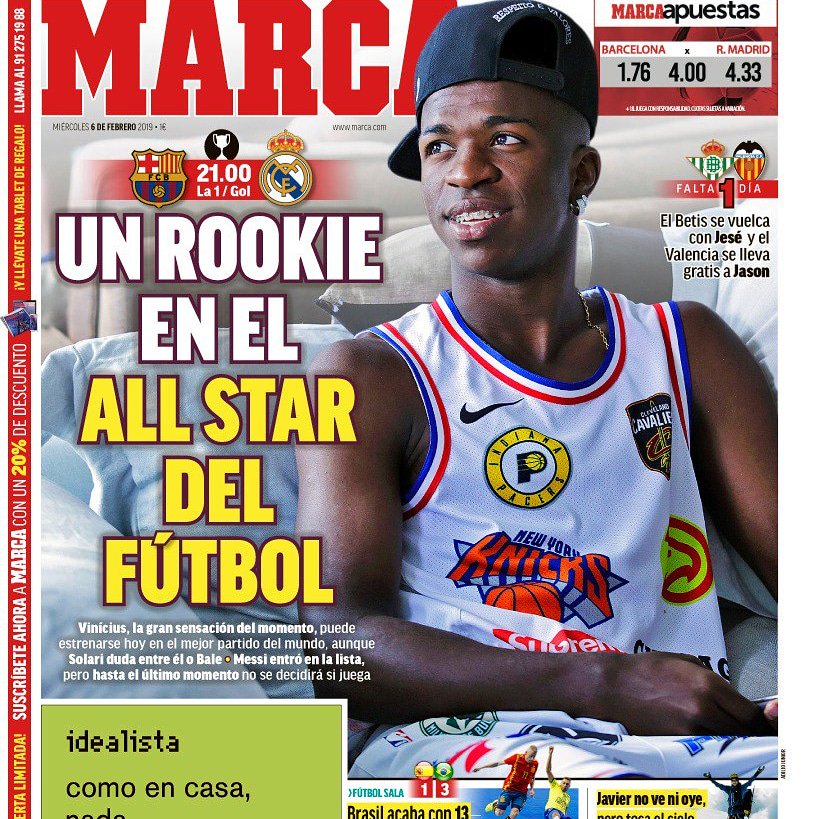 A rookie in the All Star of football

Vinicius trains ahead of the biggest game in the world, although Solari doubts between him and Bale, Messi in squad list but no decision until the last minute

Betis have Jese, Jason with Valencia 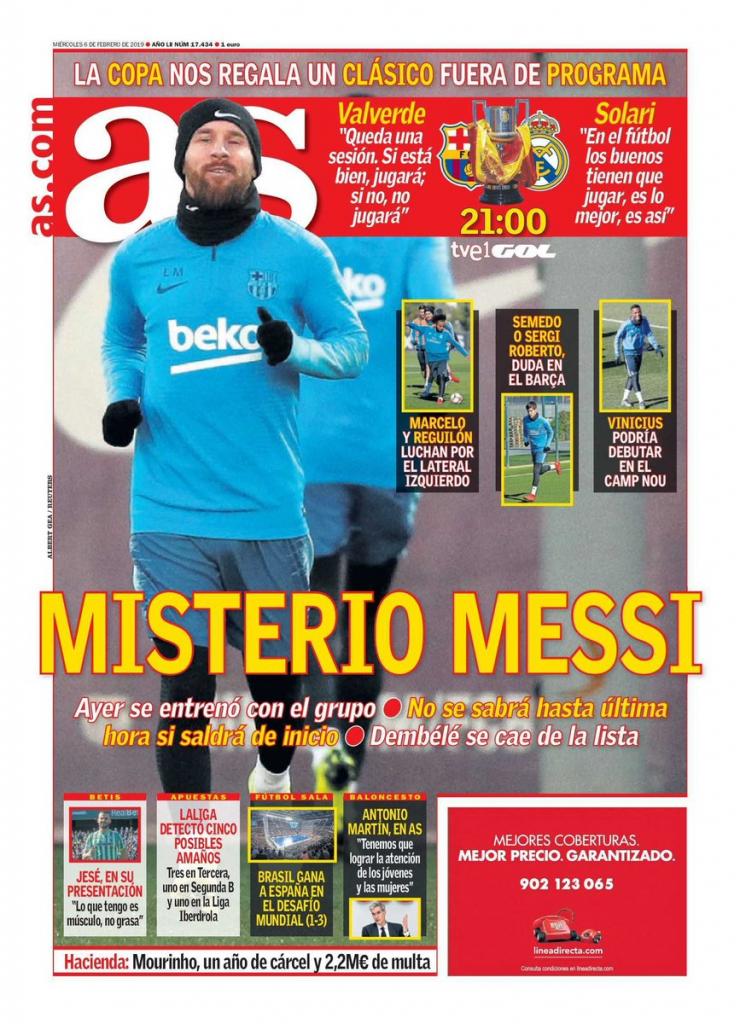 Trains yesterday with the group, no decision until the last moment, Dembele falls from the list

Marcelo and Reguillon fight for left-back spot, Semedo or Roberto is the Barca doubt, Vinicius should debut in the Camp Nou

The Copa gives us a Clasico outside of the schedule

Jese in his presentation - "What I have is muscle, not fat"

Hacienda: Mourinho sentenced to a year in jail, 2.2m fine 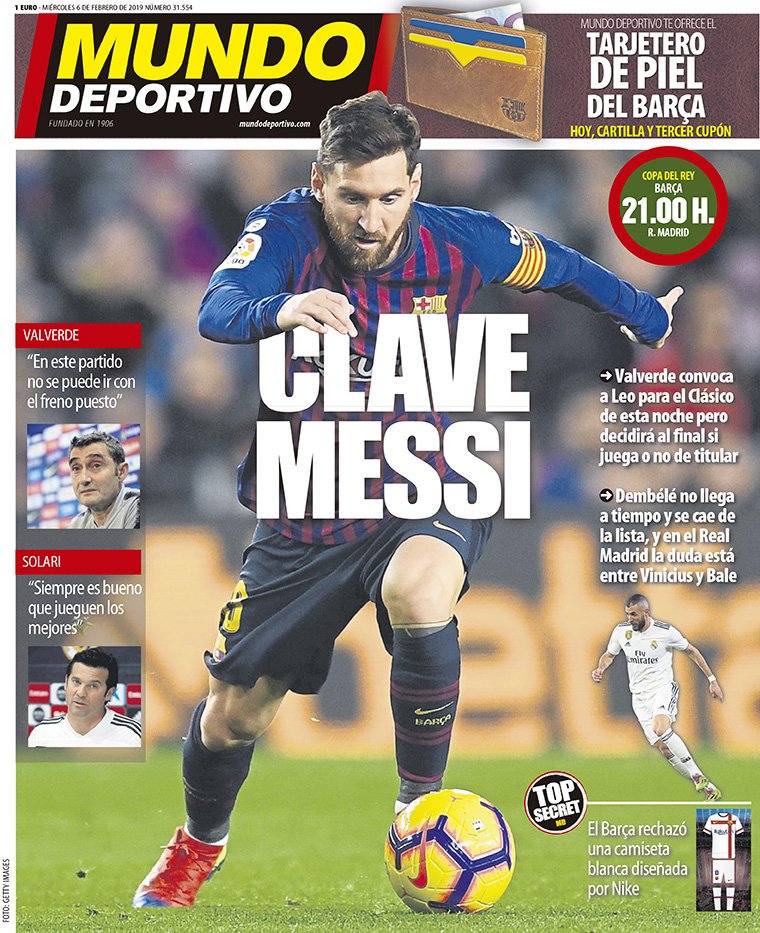 Valverde summons Messi for El Clasico but no decision yet over him playing, Dembele not in the squad, Madrid doubt between Vinicius and Bale

Valverde: "In this game you can't play with the brakes"

Solari: "It's always good to play the best"