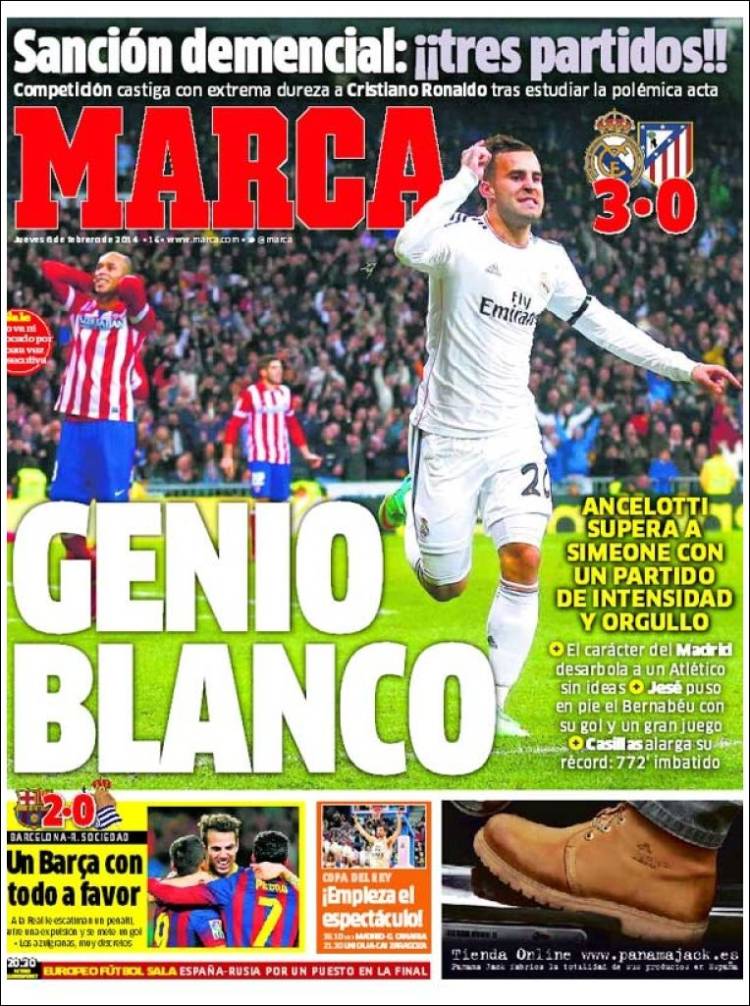 Ancelotti overcomes Simeone in a game of intensity and pride

Madrid showed character while Atleti were without ideas

The Competition Committee punish Cristiano harshly after studying the evidence

Barca with the advantage 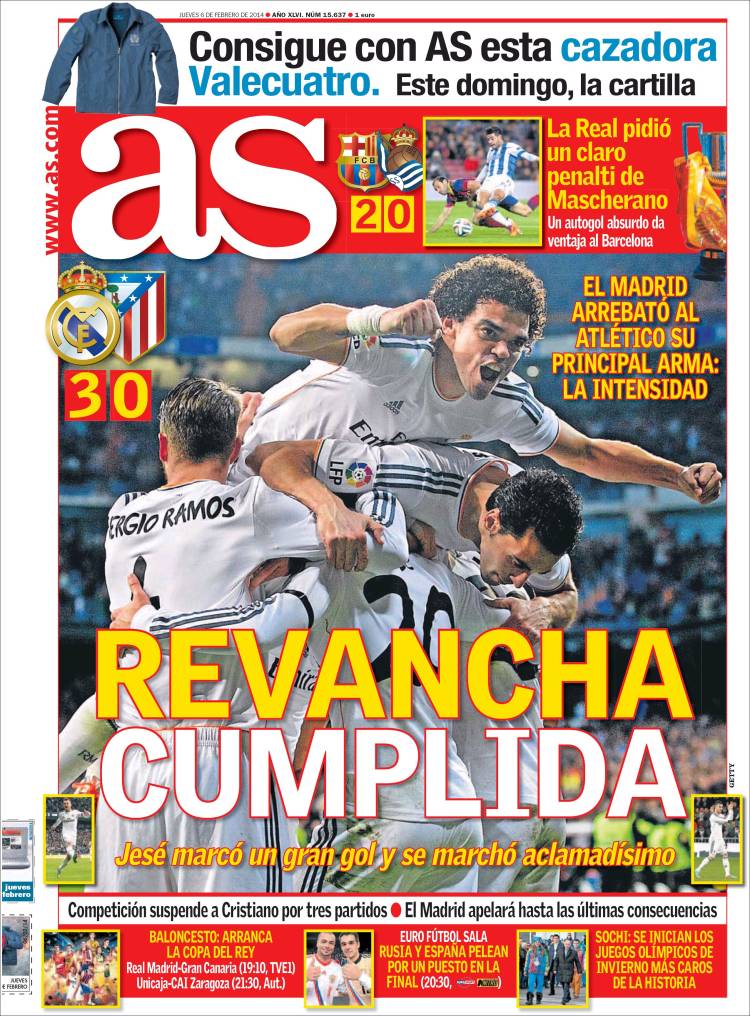 Madrid beat Atletico with its number one weapon, intensity

Futsal: Russia and Spain fight for a place in the final

Sochi: The Winter games,the most expensive in history, commence 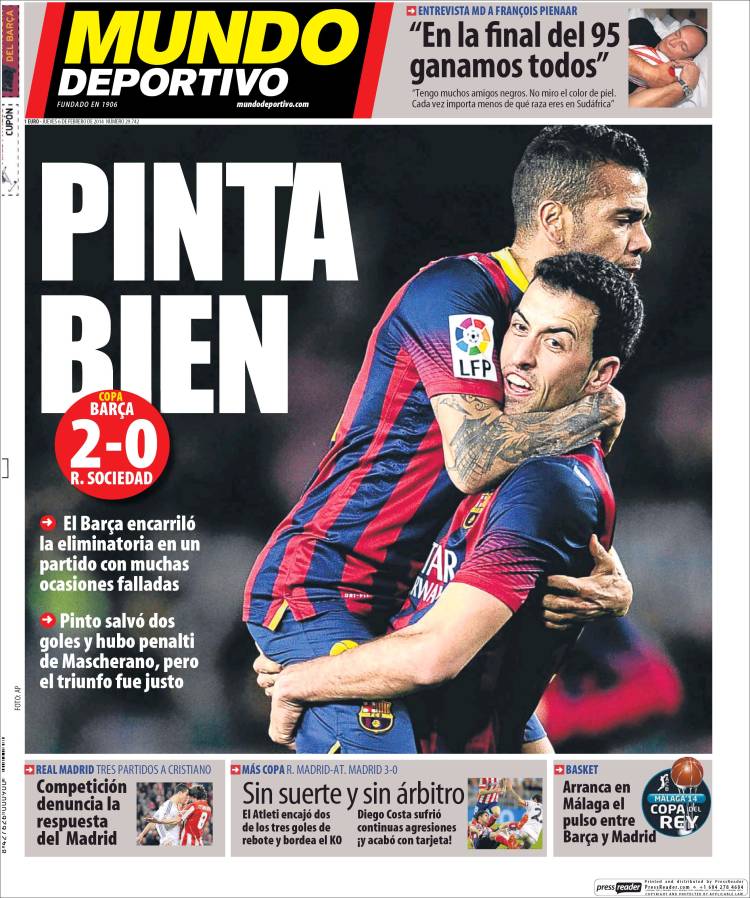 Barca back on track but miss many chances

Pinto saved two goals and there was a penalty by Mascherano, but, the win was deserved

Interview with Francois Pienaar: "In the final of 95, we won everyone over"

"I have many black friends. I do not look at the colour of the skin. It matters less and less in South Africa"

Without luck and without a referee