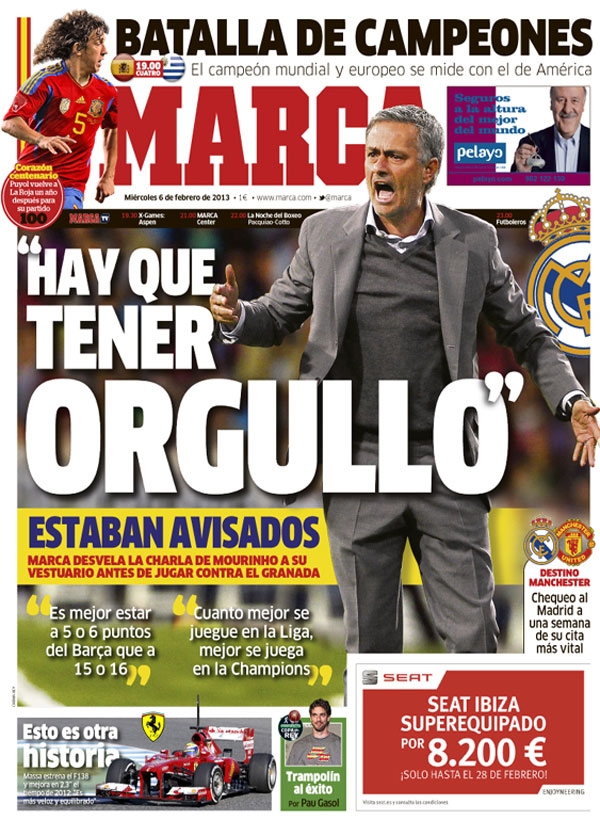 “There has to be pride”, Mourinho

They were advised; Marca reveals the chat from Mourinho to his team before the game against Granada

Madrid have in a week its most vital appointment, Manchester United

This is another story: Massa opens with an improvement of 2.3 seconds over his time from last season

Massa, “It is faster and more balanced”

Springboard to success for Pau Gasol 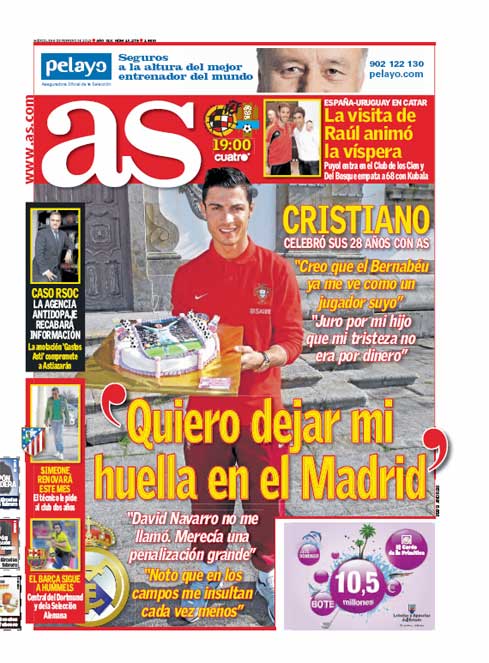 Cristiano celebrated his 28th birthday with AS

“I think the Bernabeu sees me as a player here”

‘I want to make my mark in Madrid’

“David Navarro has not called me. He deserved a big penalty”

“I notice in the fields fewer and fewer insults” 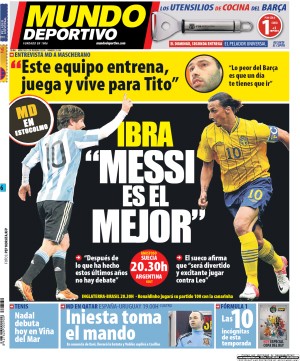 Ibra: “Messi is the best”

Interview with Mascherano: “This team is trains and plays for Tito”, “The worst thing about Barca is that one day you have to leave”

England v Brazil: Ronaldinho to play his 100th game for the Selecao

In the absence of Xavi, he will take the baton and Valdes will cover for Casillas

Formula 1: Ten mysteries of this season