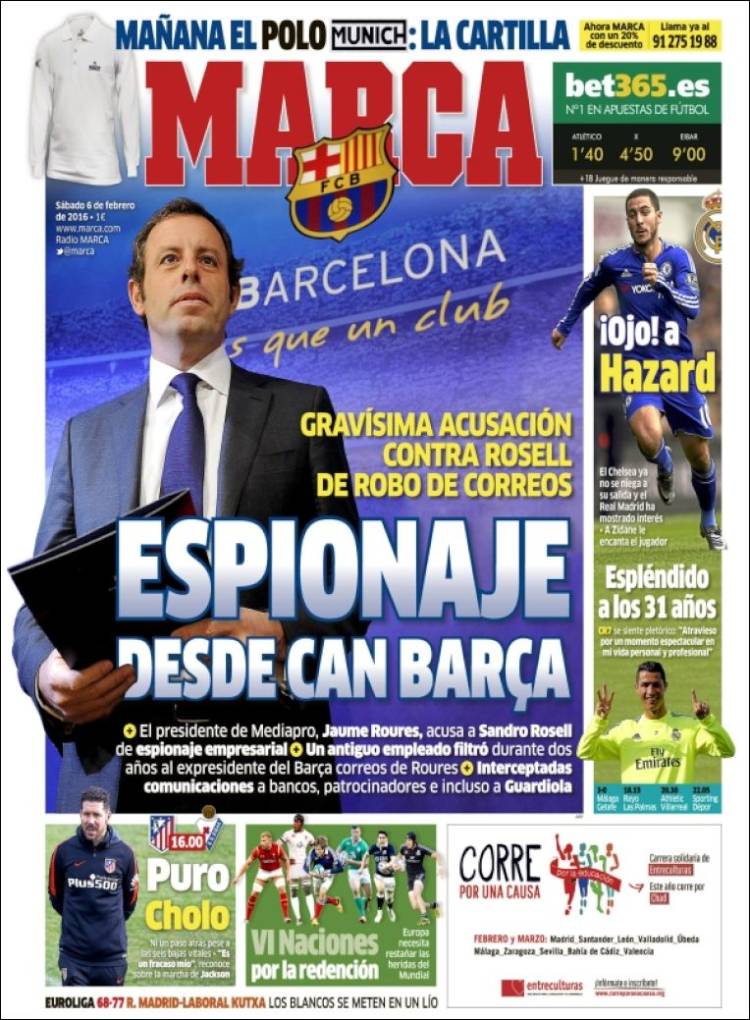 Intercepted communications with banks, sponsors and even Guardiola

Not another step back, despite six significant casualties.

“It’s a failure on my part,” he acknowledged on Jackson

CR7 feels fully-fledged: “I’m going through a spectacular moment in my personal and professional life” 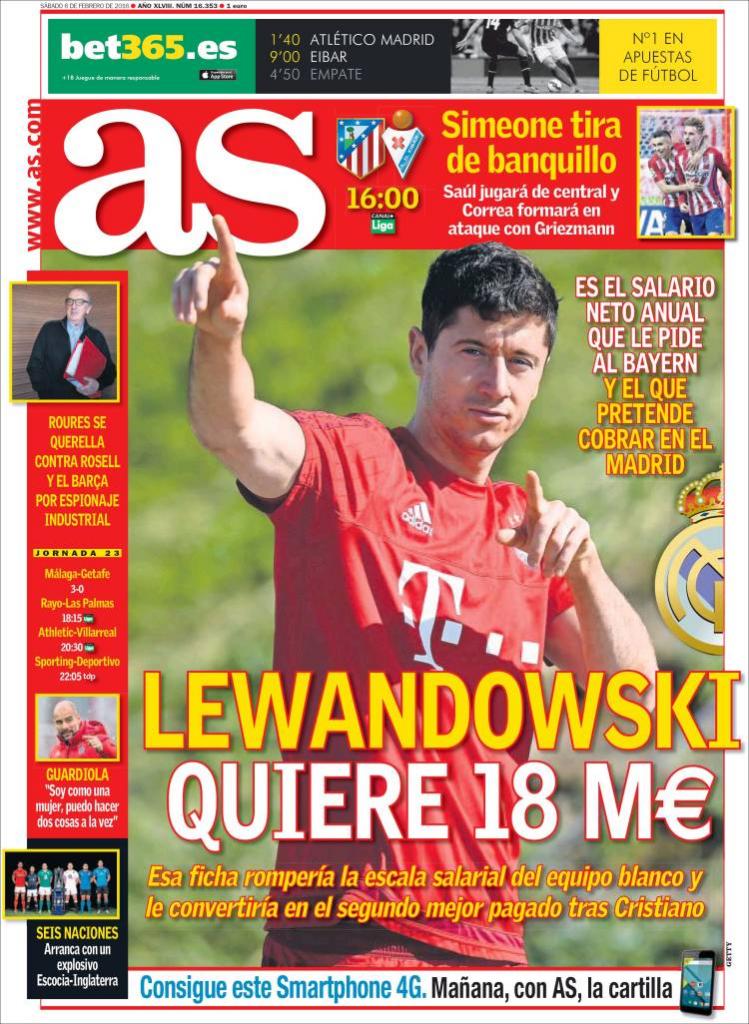 It is the net annual salary he has asked Bayern for

And he wants the same at Madrid

Simeone stripped of a bench

Guardiola: “I’m like a woman, I can do two things at once” 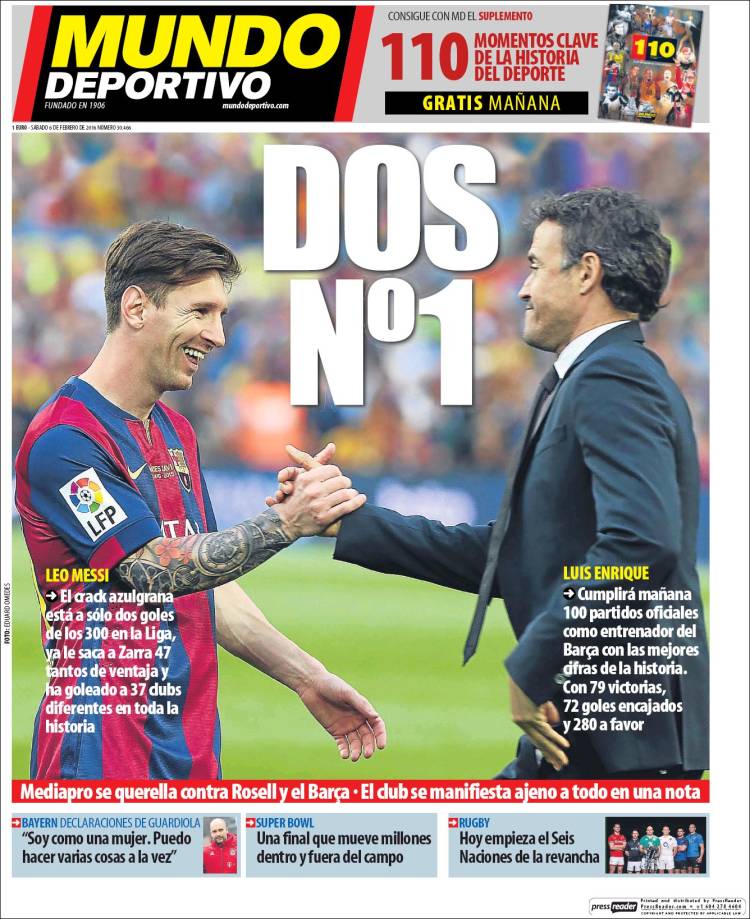 The Barca crack is just two goals away from 300 in La Liga, already 47 ahead of Zarra and has scored against 37 different League clubs

Tomorrow marks his 100th official match as Barca Coach, with the best results in their history – 79 victories, 72 goals conceded and 280 scored

The club appear oblivious to everything in a statement

“I’m like a woman. I can do several things at once”