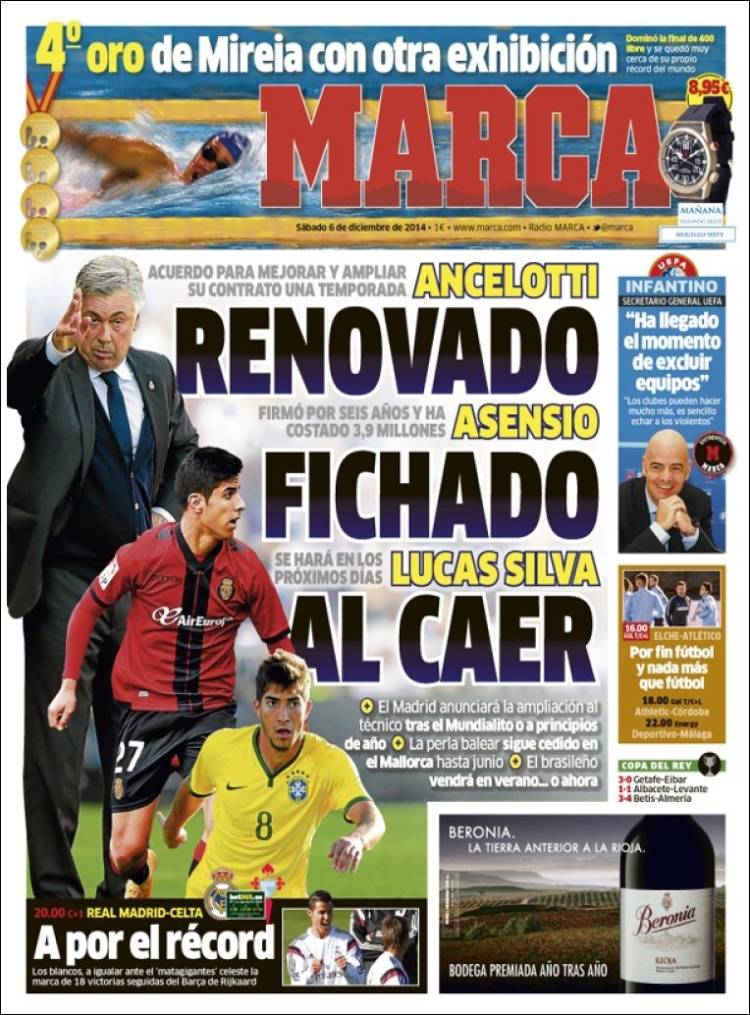 Ancelotti, renewed: agreement to improve and extend his contract for one more season

Asensio, signed: he has signed for six years and has cost €3.9m

Lucas Silva, to follow: it will be done within the next few days

The Balearic jewel will continue on loan at Mallorca until June

The Brazilian will come in summer...or now

“The clubs can do much more, it’s simple to drive out the violent members”

At last football and nothing more than football

For the record: Los Blancos trying to equal, against the sky blue ‘giantkillers’, the benchmark of 18 consecutive victories set by Rijkaard’s Barca 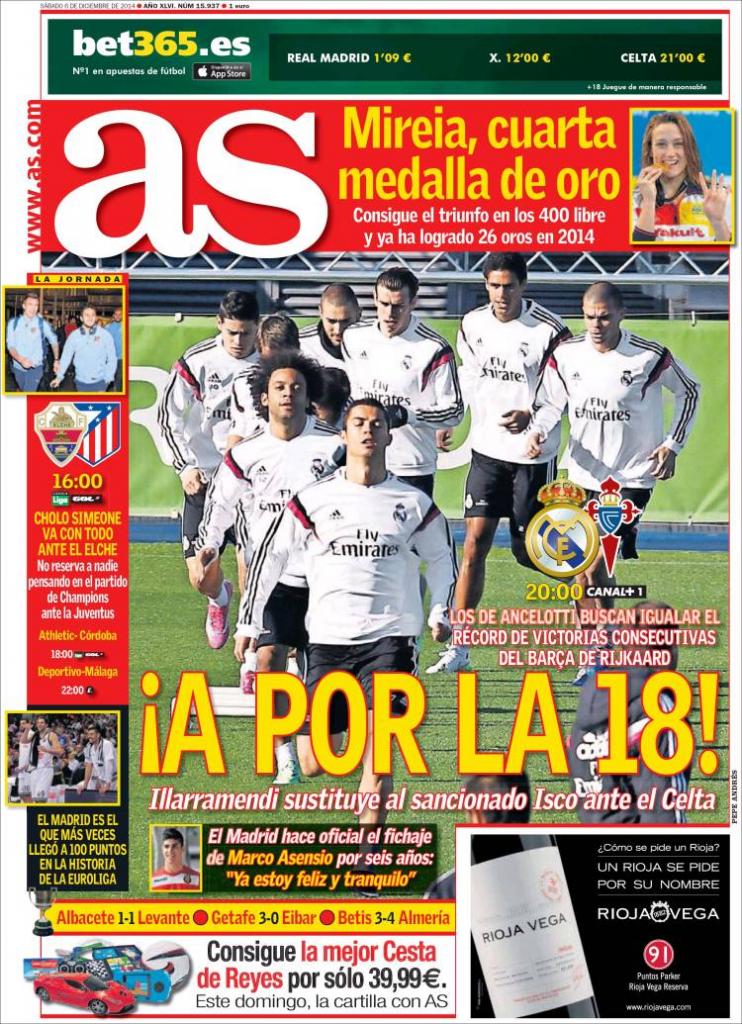 Cholo Simeone goes with everyone against Elche 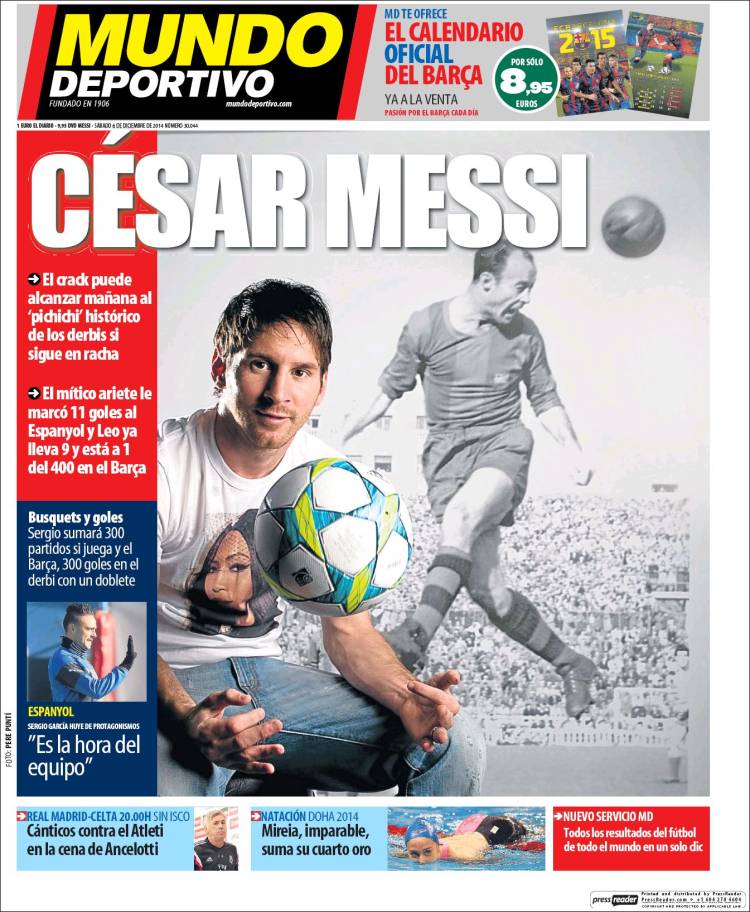 The mighty striker scored 11 goals against Espanyol: Leo already has nine and is one away from 400 with Barca

Busquets and goals: Sergio will complete 300 games if he plays and Barca 300 goals in the derby with a double

Songs against Atleti at Ancelotti’s lunch