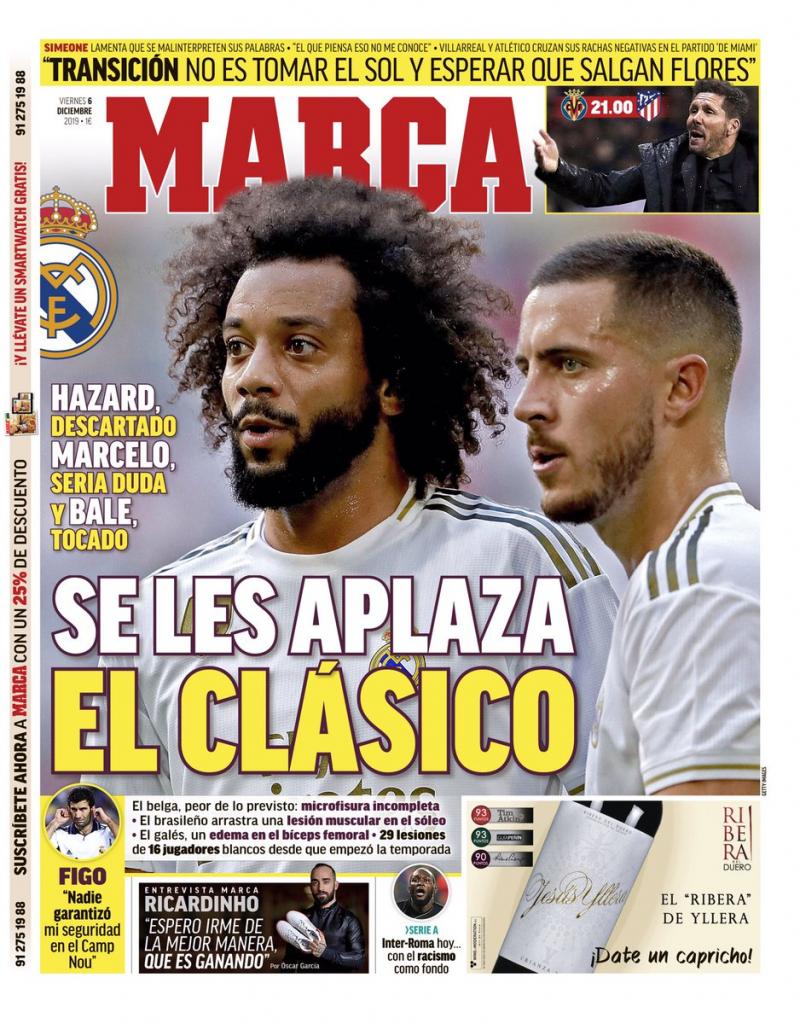 El Clasico postponed for them

Hazard out, Marcelo a major doubt and Bale struggling

"Transition isn't sunbathing and waiting for flowers to come out"  - Simeone

"Nobody guarantees my security in the Camp Nou" - Luis Figo 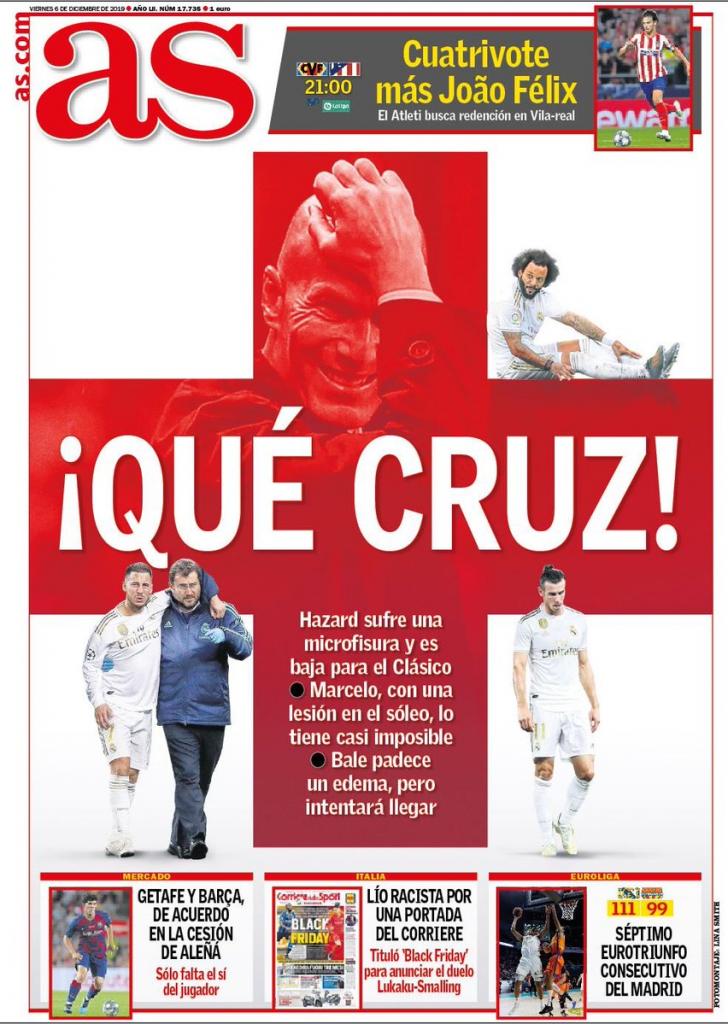 Hazard and Marcelo both out of El Clasico, Bale injured too 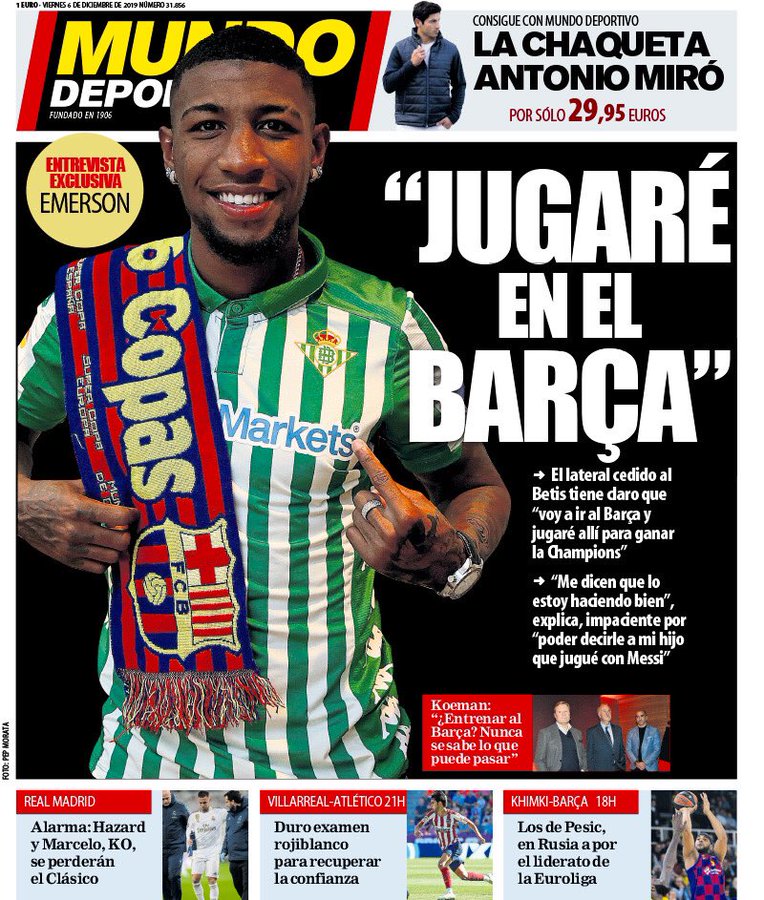 "I will play for Barcelona"

Betis full-back, on loan, wants to play for Barca and win the Champions League, wants to tell kids he played with Messi

Koeman: Managing Barca? You never know what can happen

Alarm - Hazard and Marcelo out of El Clasico

Hard test for Atleti to recover their confidence