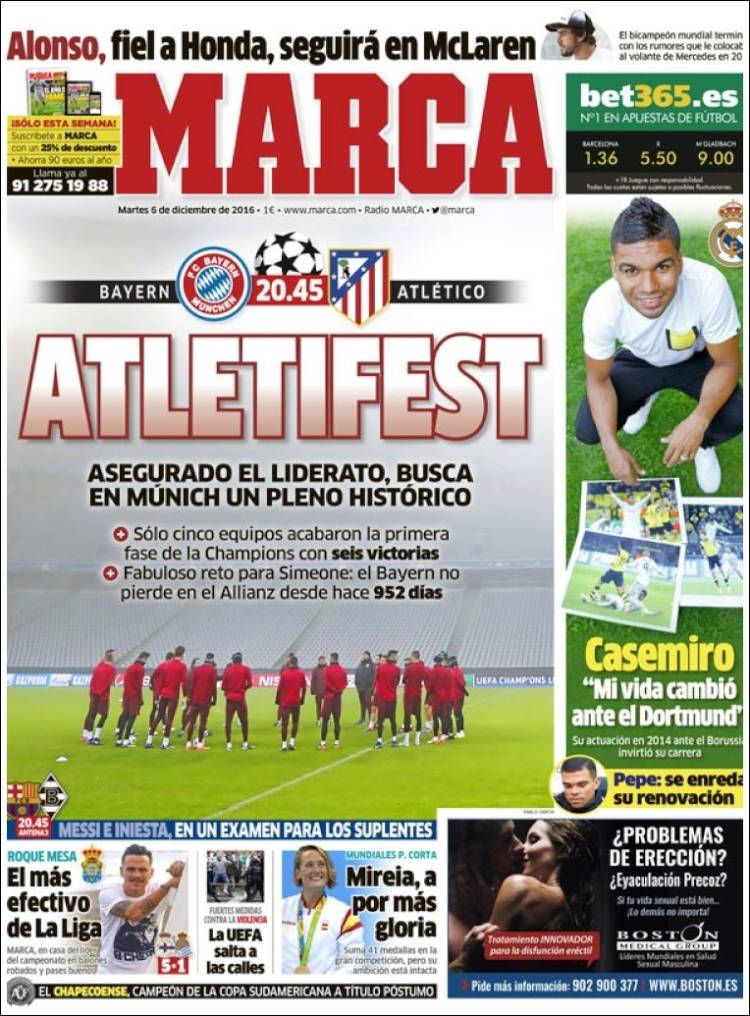 With winning the group assured, Atleti search for full set of wins in Munich

Fabulous challenge for Simeone: Bayern haven't lost at the Allianz Arena for 952 days

Messi and Iniesta - examined for participation

Roque Mesa - the most effective in La Liga 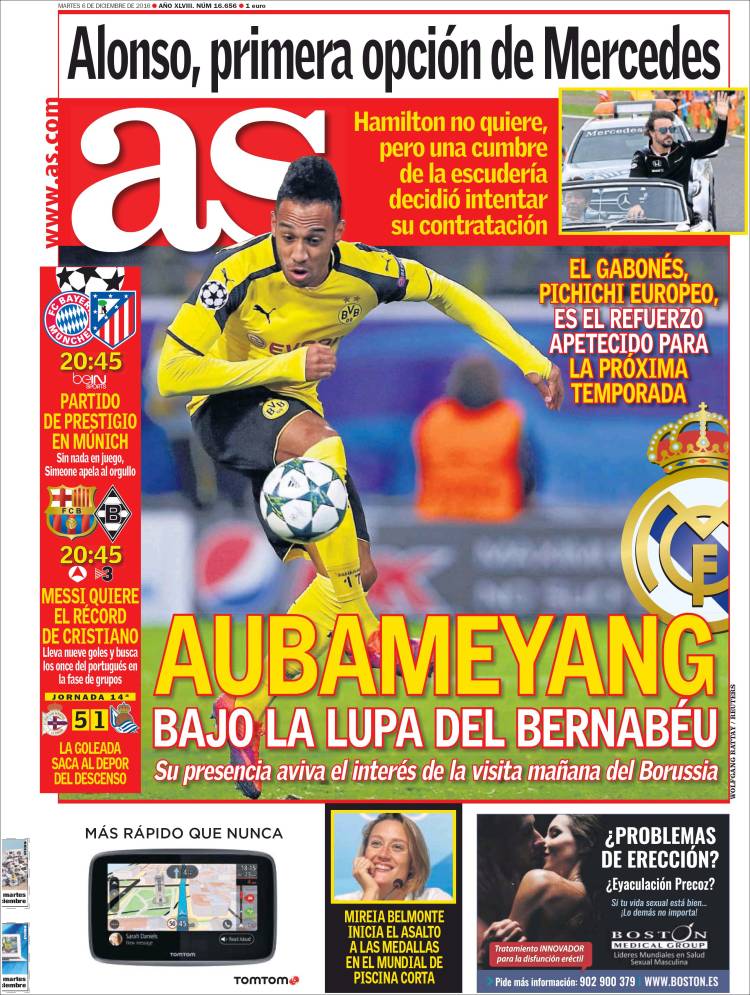 Aubameyang - under the Bernabeu microscope

Bayern v Atletico - prestigious match in Europe, Simeone without anything to lose 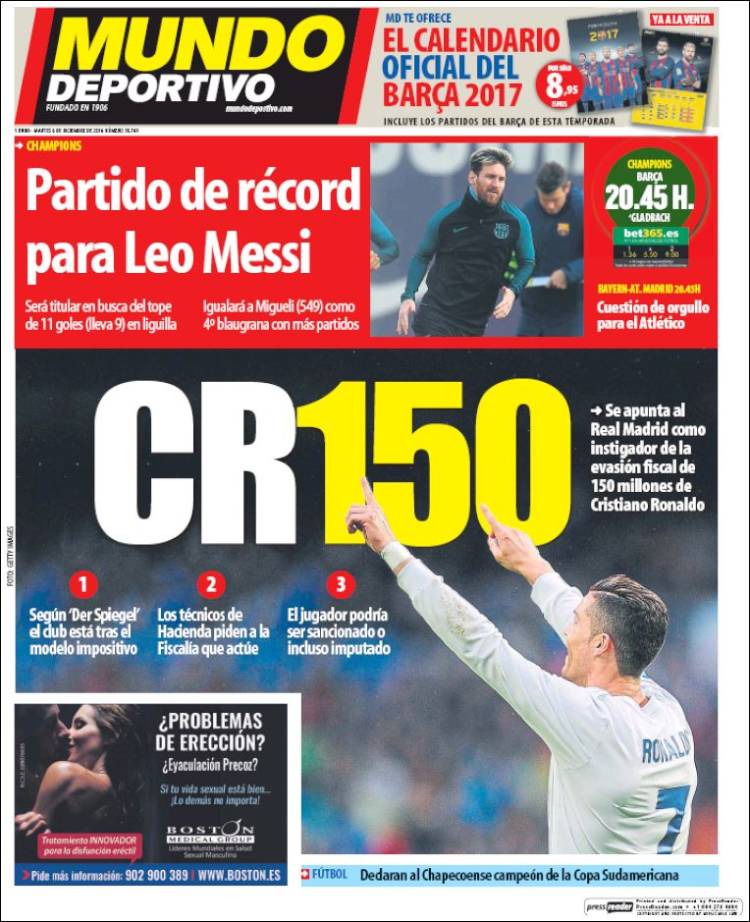 According to Der Spiegel, the club's tax model is being investigated

Hacienda ask the prosecution to act

The player could be sanctioned or even jailed

A record match for Messi

Argentine has 9 group goals, with 11 the record

Bayern v Atleti - a match of pride for Simeone