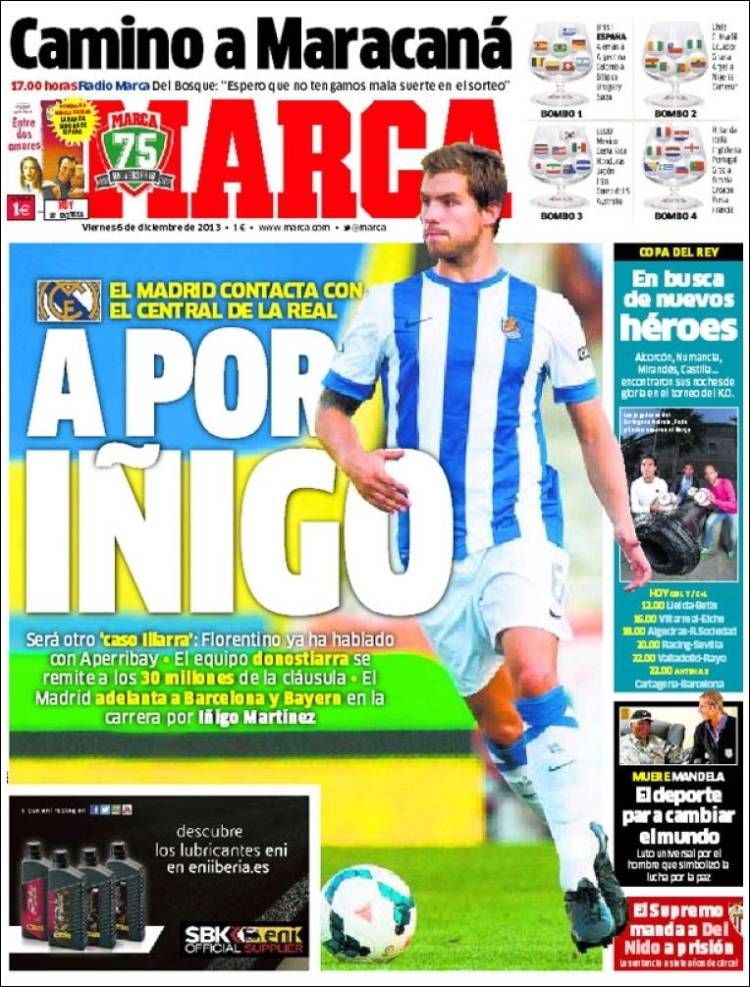 He will be the other 'Illarra', Florentino has already spoken with Aperribay

The Donostiarra side would require 30€ million as per his clause

Madrid are ahead of Barca and Bayern in the pursuit

The road to the Maracana

Del Bosque: "I hope that we do not have bad luck in the draw"

Mandela: Sport to change the world 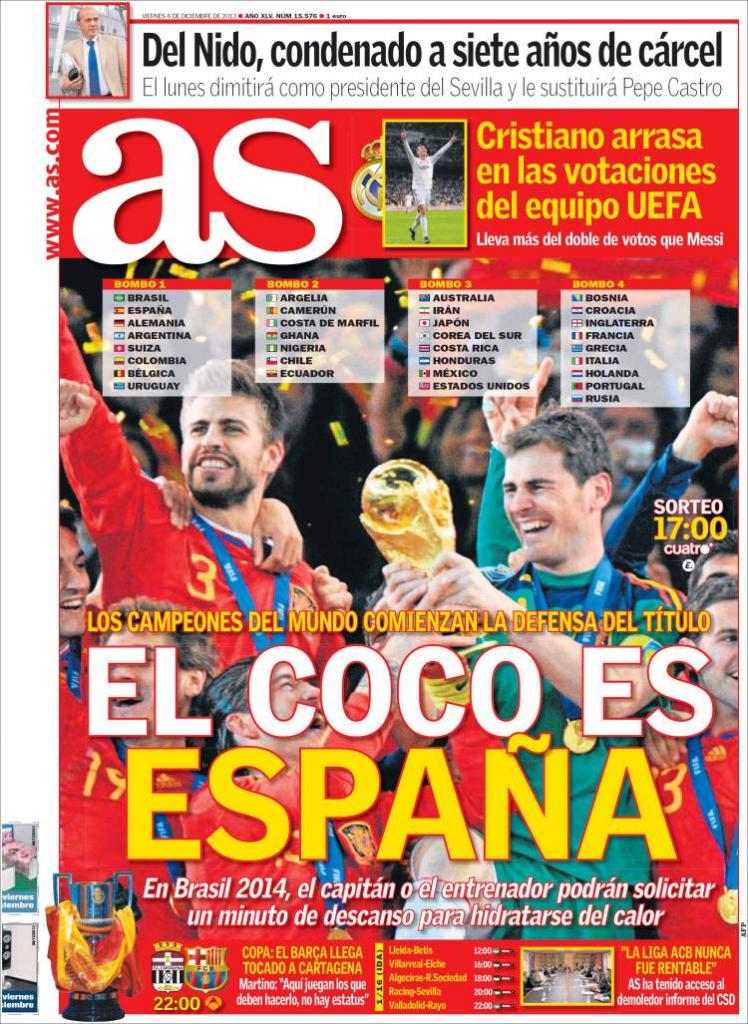 The bogey team are Spain

The Champions start the defence of their title

Brazil 2014, the captain or the coach will be able to ask for a minute break to rest and hydrate amid the sweltering head

Cristiano dominates the voting for UEFA's team of the year

He receives more than double the votes of Messi 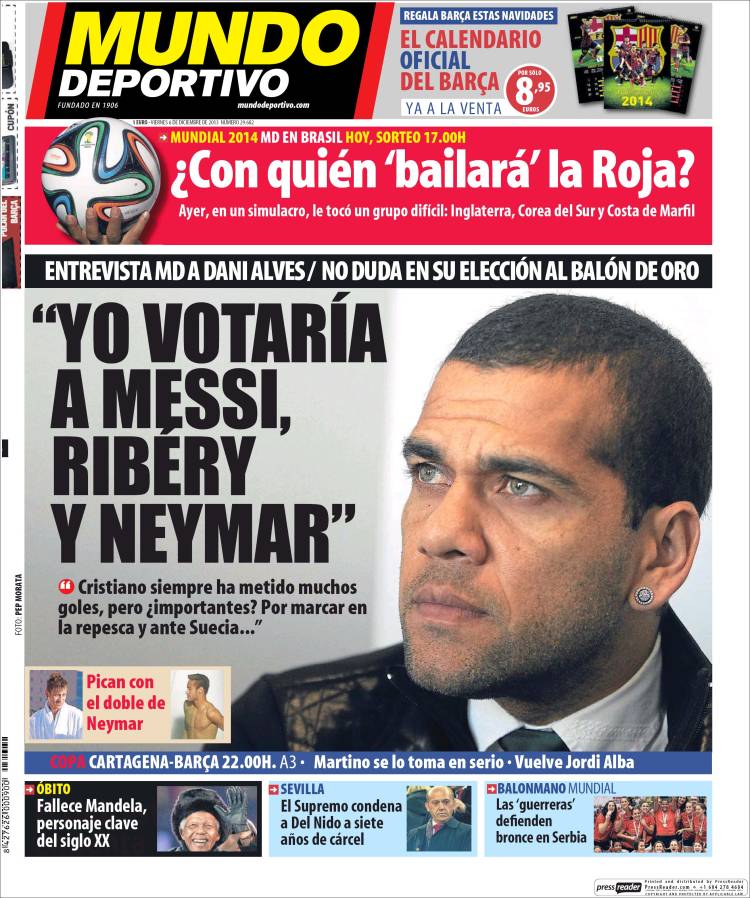 "I would vote for Messi, Ribery and Neymar"

"Cristiano always has scored goals, important ones but? To score against Sweden in the playoffs.."

Who will dance with La Roja: Draw for Brazil

Yesterday, in the simulation, Spain were given a tough draw, England, Ivory Coast and South Korea