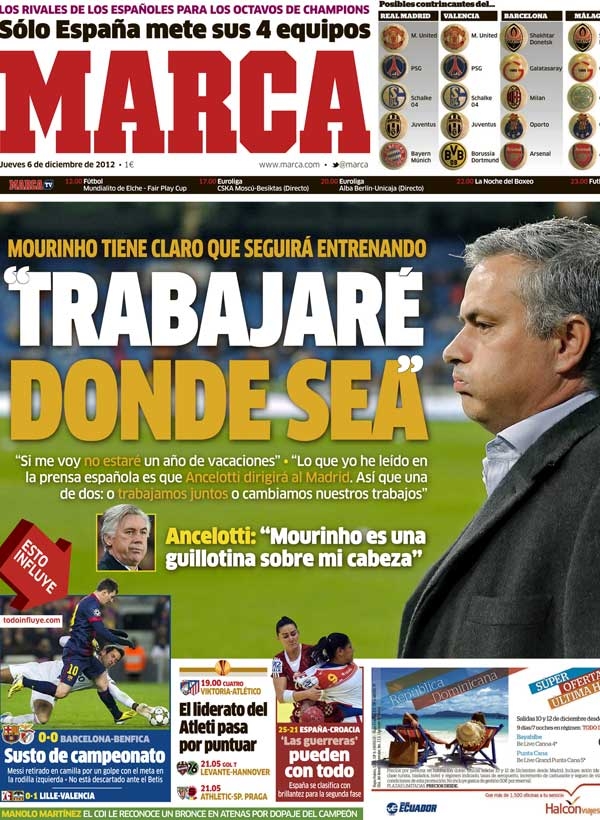 Mourinho: I will work where work is

Mou makes clear that he will continue to work

“If I go, I will not go on vacation”; “What I have read in the Spanish press is that Ancelotti is to coach Madrid ,so it is one for one; we work together or we change our job”

Ancelotti: Mourinho is under the guillotine

The possible opponents for Spanish side in the round of 16; Only Spain has four teams

A fright for the champion: Messi taken off on a stretcher after bruising his left knee; he is not yet ruled out of Real Betis game

Espana v Croacia: The warriors can do anything 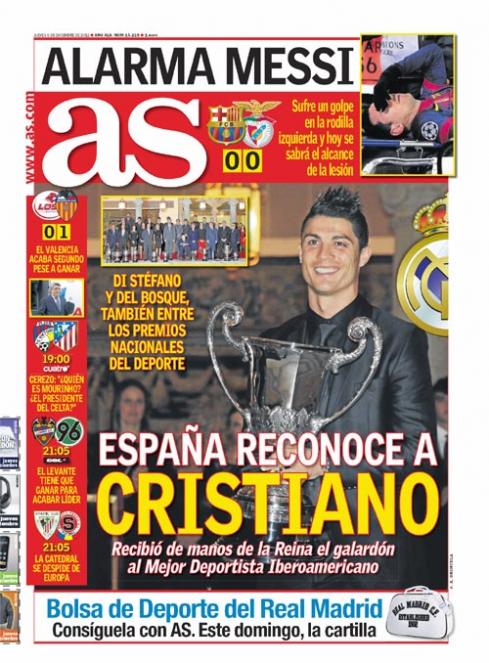 Spain recognises Ronaldo: He receives from the hands of the King the award for the best Iberoamericano sportsman

Di Stefano and Del Bosque, also amongst those recognised

Atletico Madrid’s Cerezo: Who is Mourinho, the president of Celta?

Levante v Hannover 96: Levante have to win to finish top of their group 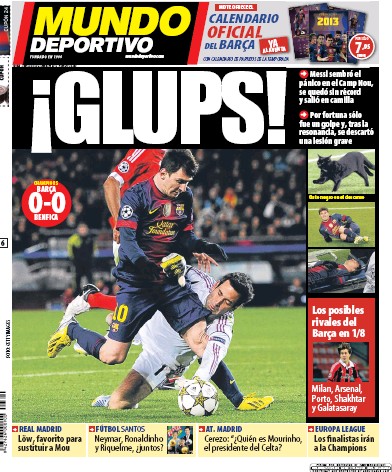 Oh no; Messi causes panic in the Camp Nou when he is taken off injury; Fortunately it is only a bruise as after a test he does not have a serious injury

Atletico Madrid’s Cerezo: Who is Mourinho, the president of Celta?

Europa League: The finalists from the Champions League