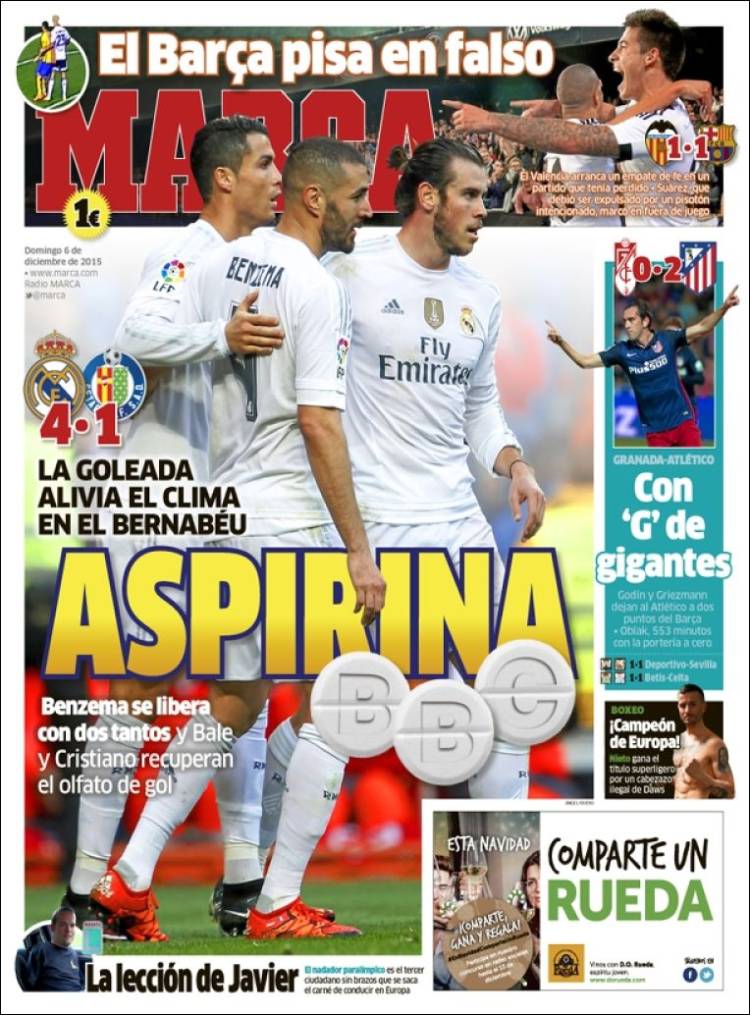 The rout relieves the climate at Bernabeu

Benzema is freed with two goals, while Bale and Ronaldo regain their eye for goal

Valencia salvage a draw in a game they were losing

With the ‘G’ of giants

Oblak, 553 minutes with a clean sheet 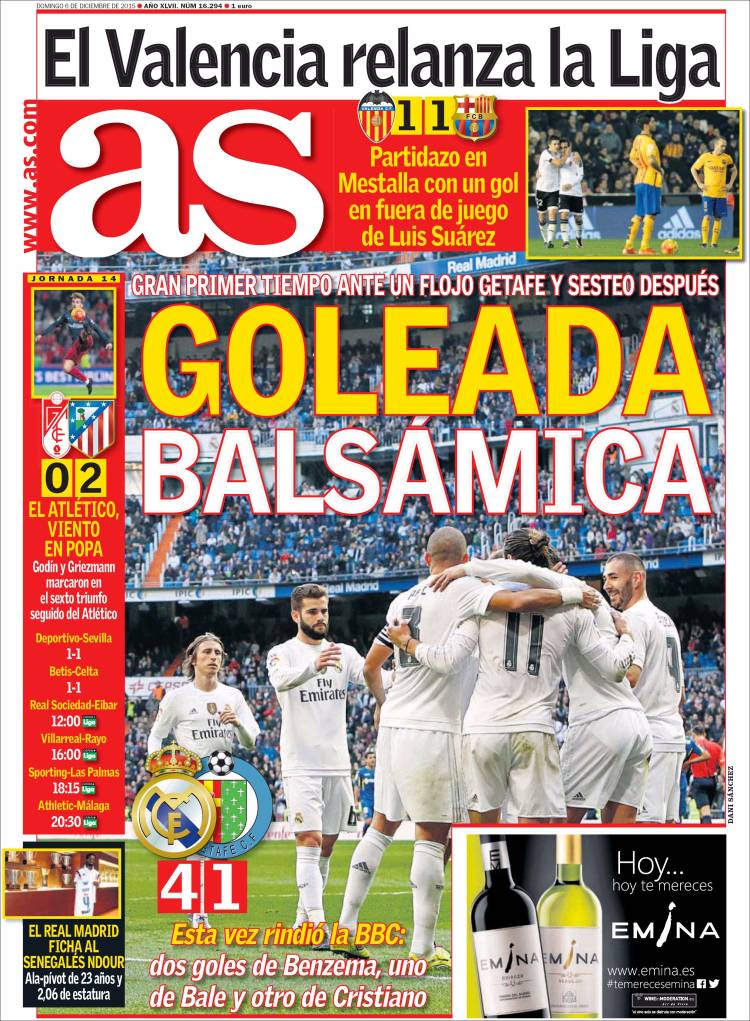 Great first half against a poor Getafe and a siesta afterwards

The BBC conquered: two goals from Benzema and one each from Bale and Ronaldo

Great match at the Mestalla, with an offside goal from Luis Suarez

Atletico on a roll 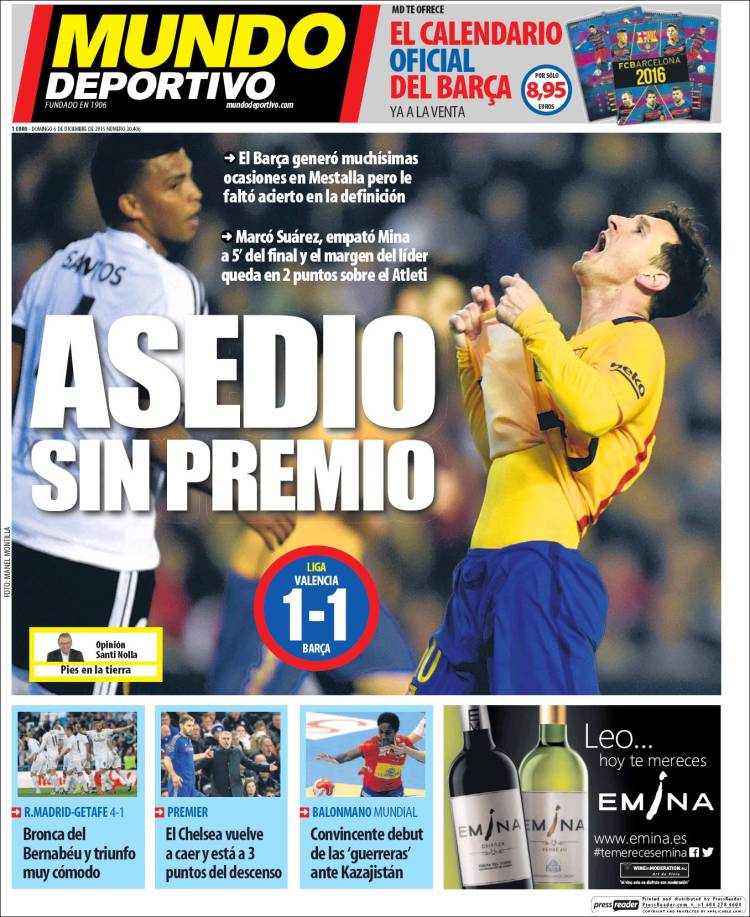 Suarez scored, before Mina equalised five minutes from time, and their lead on Atleti is cut to two points

Anger at the Bernabeu but a very comfortable win