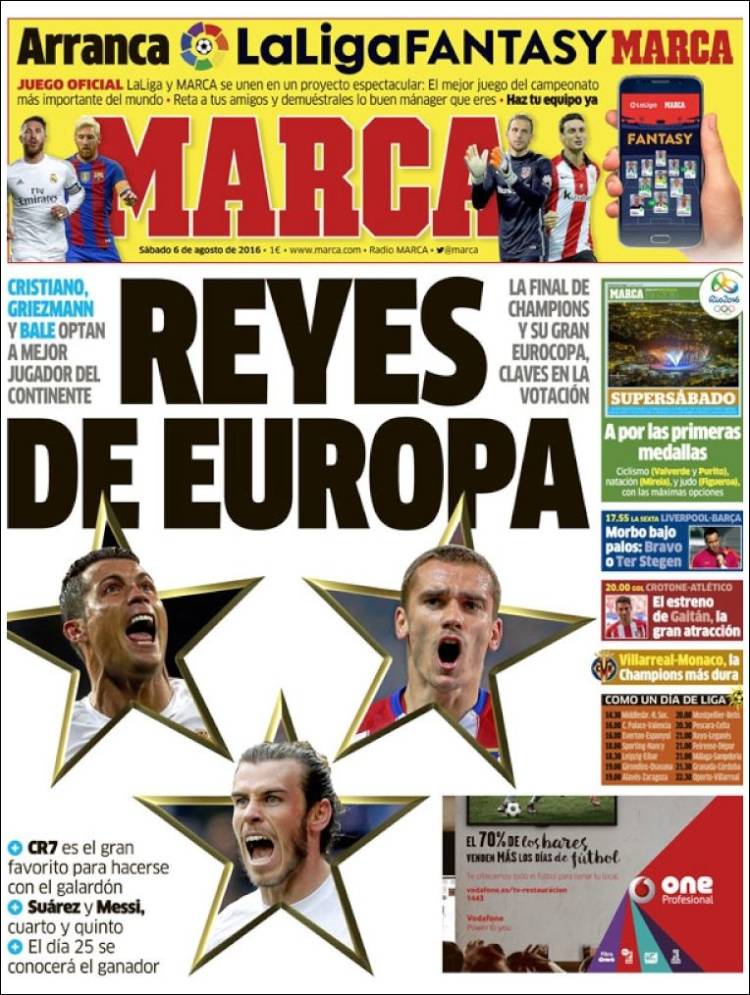 Cristiano, Bale and Griezmann the choices for the best player on the continent

The Champions League final and a great European Championship, keys in the vote

CR7 is the favourite to win the award

Suarez and Messi, fourth and fifth

The winner will be announced on the 25th 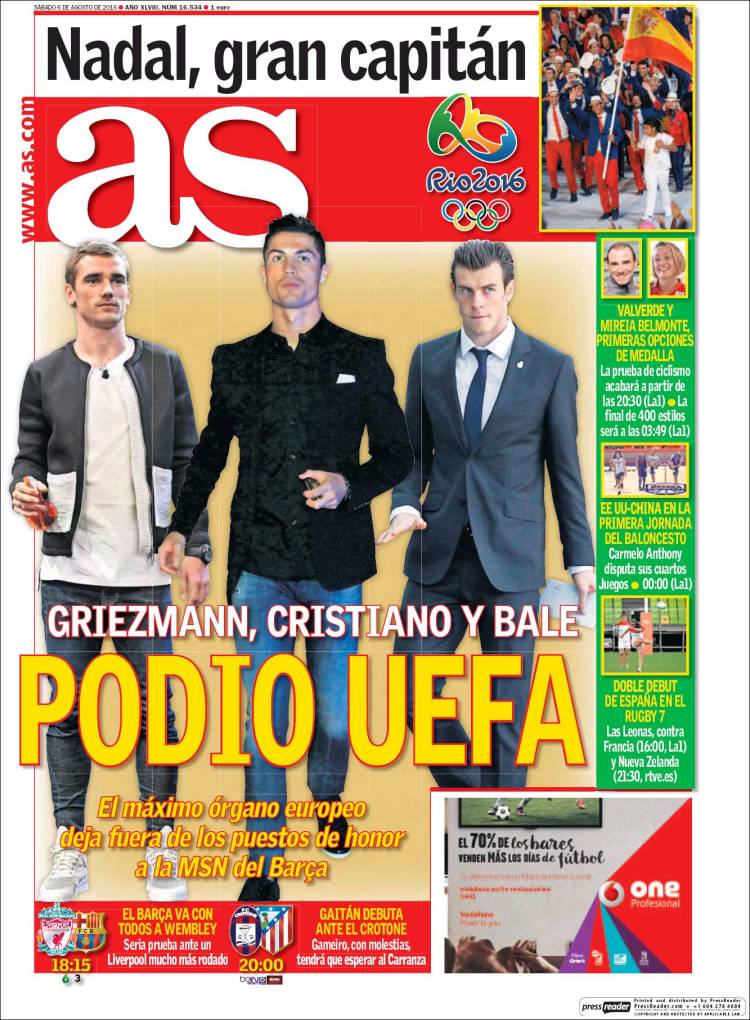 Barca go with everyone at Wembley

Serious test against a much more rounded Liverpool

Gameiro, with discomfort, will have to wait for the Carranza trophy 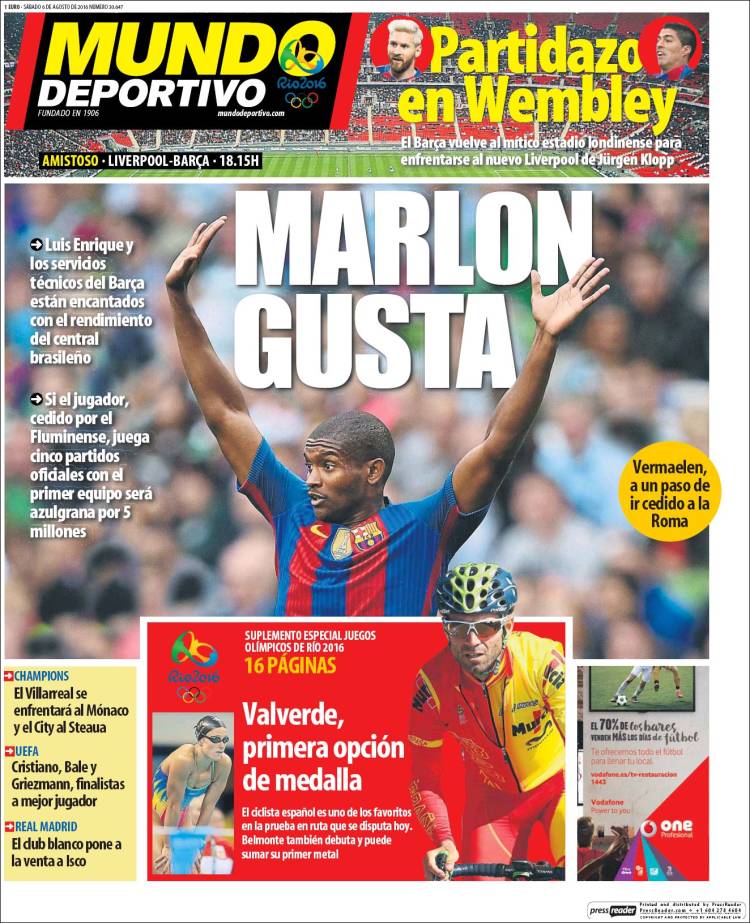 If the Fluminense loanee plays five official matches for the first team, he will become a Blaugrana for €5m

Vermaelen, a step away from joining Roma on loan

Villarreal will face Monaco and City-Steaua