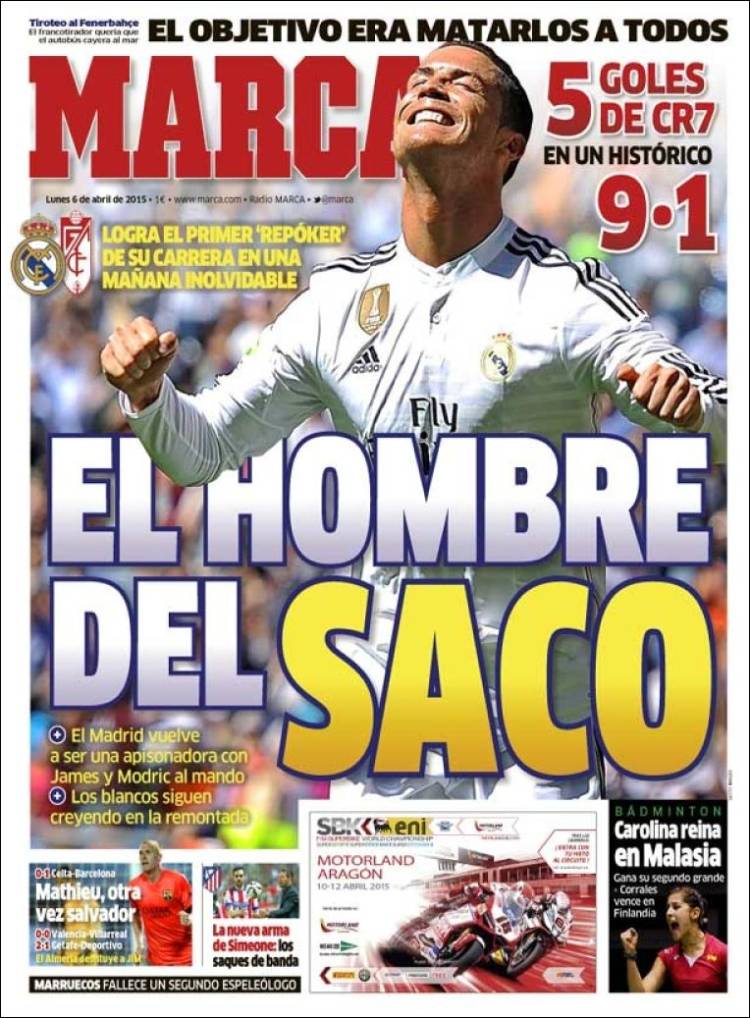 The man in the bag

Los Blancos continue to believe in the comeback

The aim was to kill everyone

Five goals from CR7 in a historic 9-1

Mathieu is the saviour again 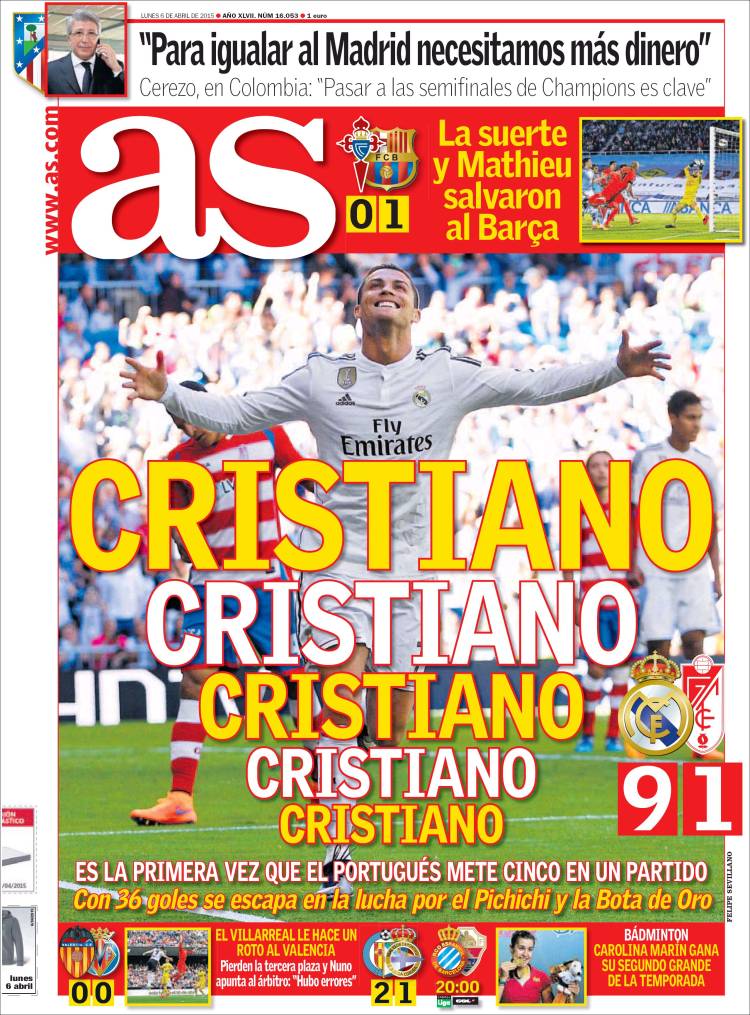 Luck and Mathieu save Barca

“To compete with Madrid we need more money”

Cerezo, in Colombia: “To reach the Champions League semi-finals is crucial”

Villarreal break Valencia. They lose third place and Nuno singles out the referee: “There were mistakes” 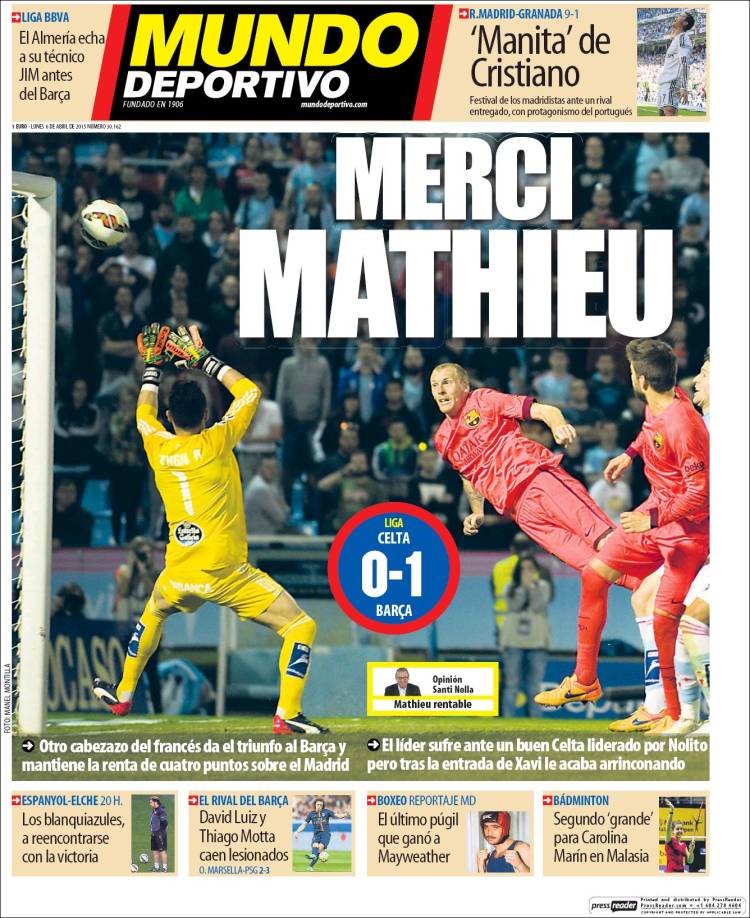 Festival from the Madrid side against a submissive rival, with the Portuguese in the spotlight