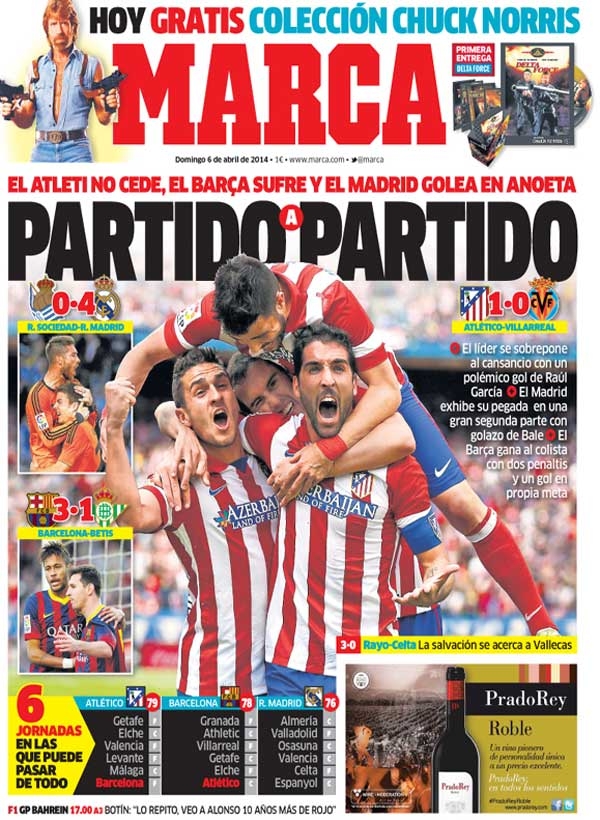 Game by game
Atleti do not let up, Barca suffer and Madrid score goals aplenty at Anoeta
The leaders overcame fatigue with a controversial goal from Raul Garcia
Madrid packed a punch in a great second half where Bale scored a golazo
Barca win against the cellar-dwellers with two penalties and an own goal
Salvation is near in Vallecas
Six match-days in which anything can happen
Atletico play Getafe, Elche, Valencia, Levante, Malaga and Barcelona
Barca play Granada, Athletic, Villarreal, Getafe, Elche, Atletico
Madrid play Almeria, Valladolid, Osasuna, Valencia, Celta, Espanyol
Botin: "I repeat it, I see Alonso ten years more with the red team" 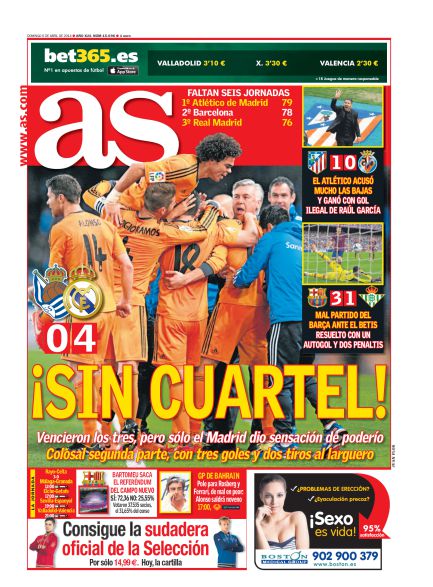 No Mercy!
The top three win, but only Madrid showed their real strength
A colossal second half with three goals and two shots that hit the post
A bad game from Barca against Betis
Barca win thanks to an own goal and two penalties
Bartomeu gets the votes in the referendum
72 per cent say yes, 25 per cent say no
GP Bahrain: Pole for Rosberg and Ferrari, worse than bad: Alonso will start in ninth 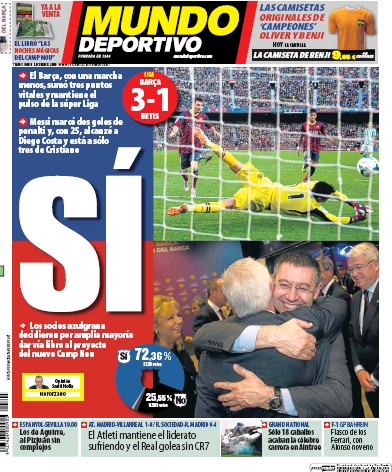 YES
Barca, who were not at their best, get three vital points to maintain their title bid
Messi scored two goals and now has 25, he now has more than Diego Costa and is three behind Cristiano
Club members decide to undertake plans for a new Camp Nou with a majority vote
Atletic maintain their lead at the to but suffer
Real score goals without CR7
Ferrari fiasco as Alonso starts in ninth