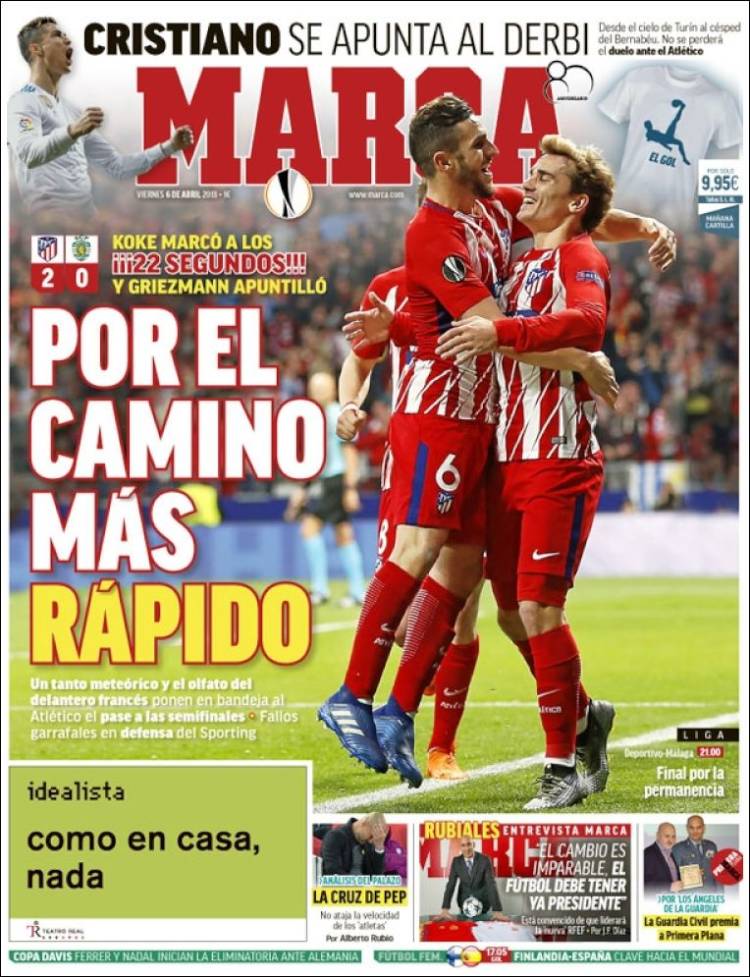 Cristiano points to the derby

The cross of Pep 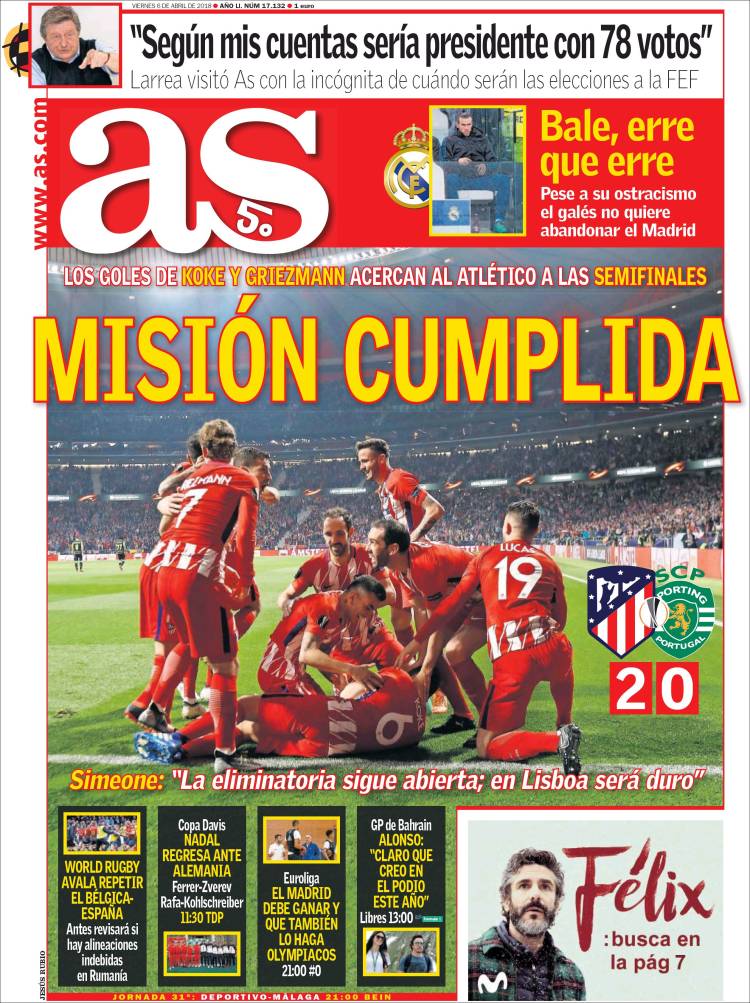 Goals from Koke and Griezmann bring Atleti close to semi-finals

Simeone: The tie is open, Lisbon will be difficult

Despite Bale's ostracism, he does not want to leave Madrid 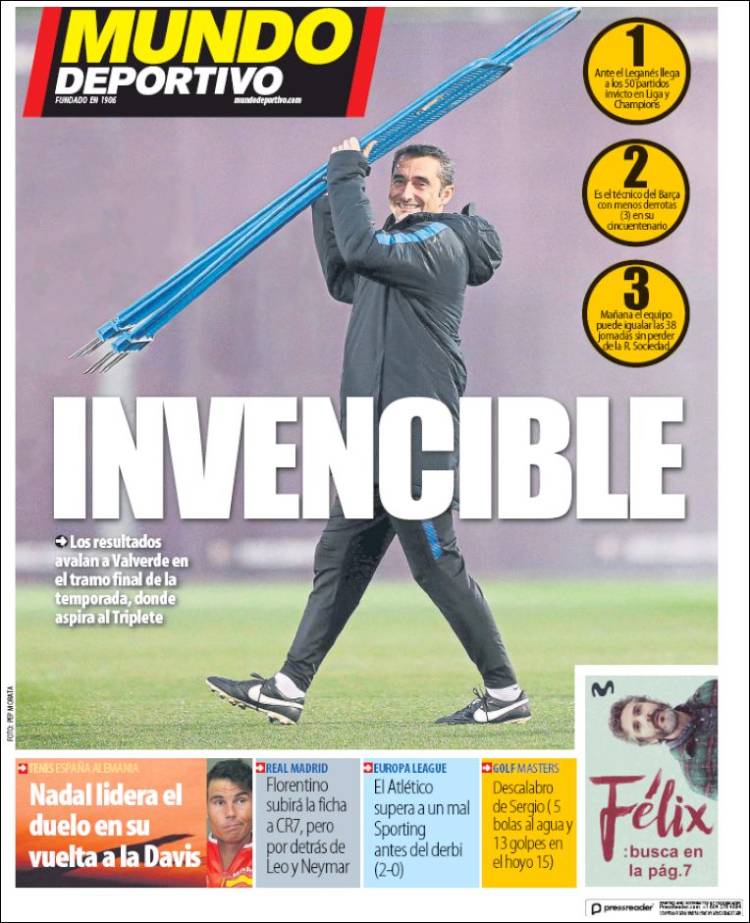 Result endorse Valverde in the final stretch of the season, going for the treble

Before Leganes, they are 50 games unbeaten in league and Champions League

Only 3 defeats in his reign, will be 38 games undefeated if they do not lose tomorrow - match Real Sociedad record