Today's front pages from Marca, AS and Mundo Deportivo. 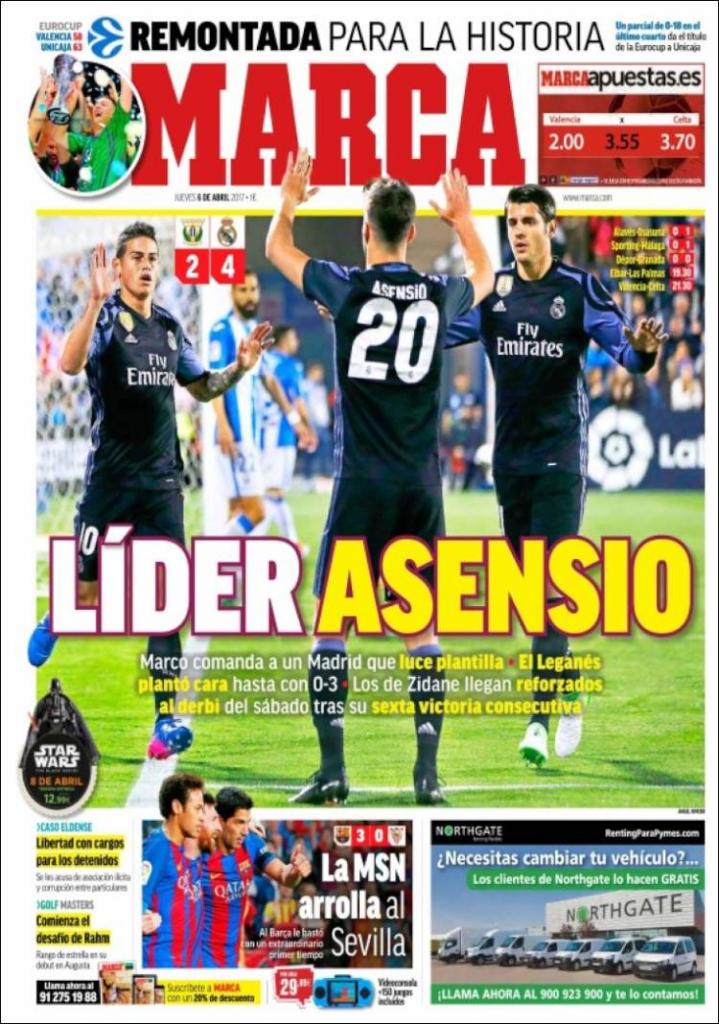 Marco scores and commands a new-look team, Leganes saved face with comeback from 0-3, Those Zidane rested will return for Madrid derby after 6th consecutive win

Freedom with charges for those detained - Eldense match fixing case 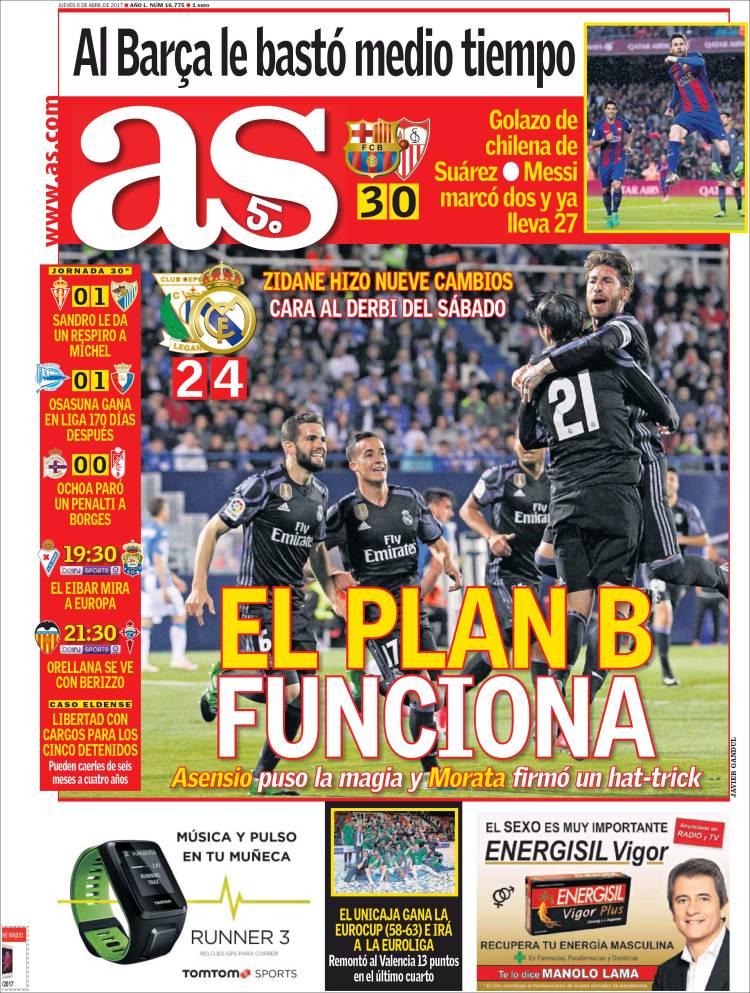 Magical Asensio and a hat-trick from Morata

Osasuna win for the first time in 170 days

Orellana to return against Berizzo

Freedom with charges for the five detained 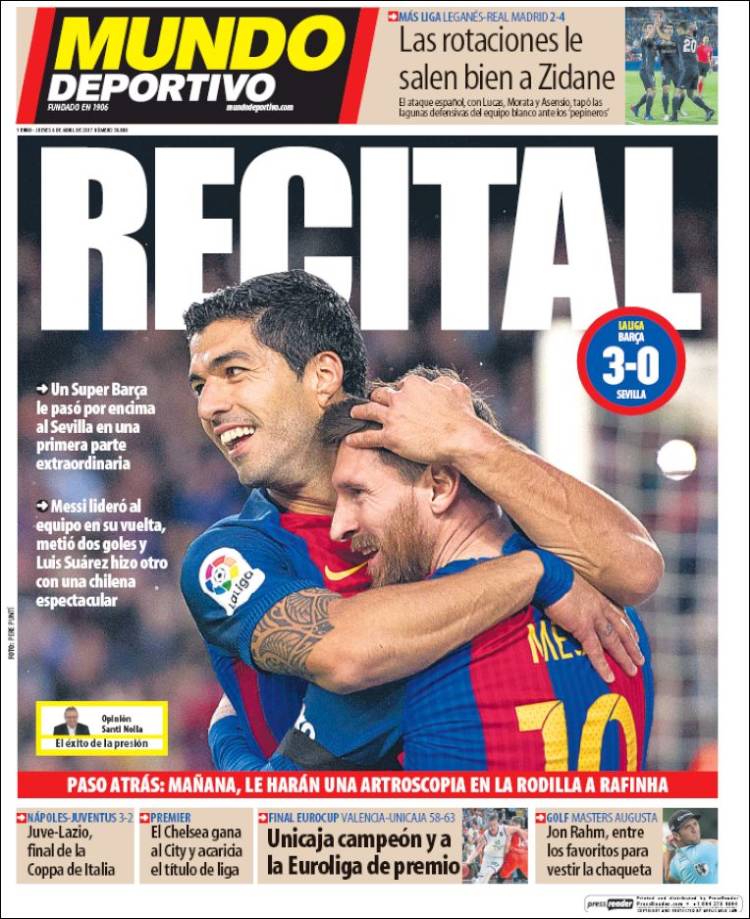 Super Barca breeze past Sevilla with great first half

Messi leads the team in his return, scoring twice and Suarez getting a spectacular goal

Chelsea win against City to take step closer to title