Thursday's Front Page Headlines from Marca, AS and Mundo Deportivo. 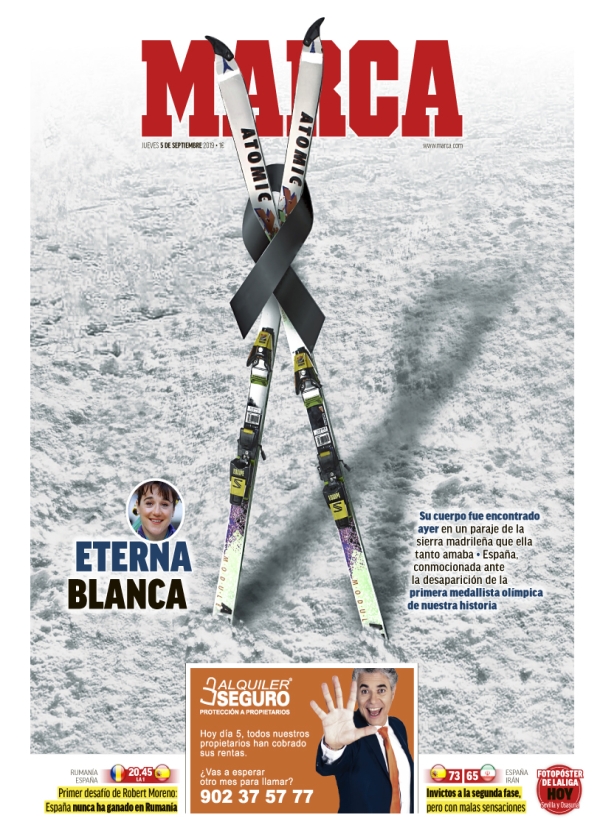 ETERNAL BLANCA: Tragedy as the body of Spain's first medalist at a Winter Olympics, Alpine Skier Blanca Fernández Ochoa, is found in a mountainous area near Madrid. 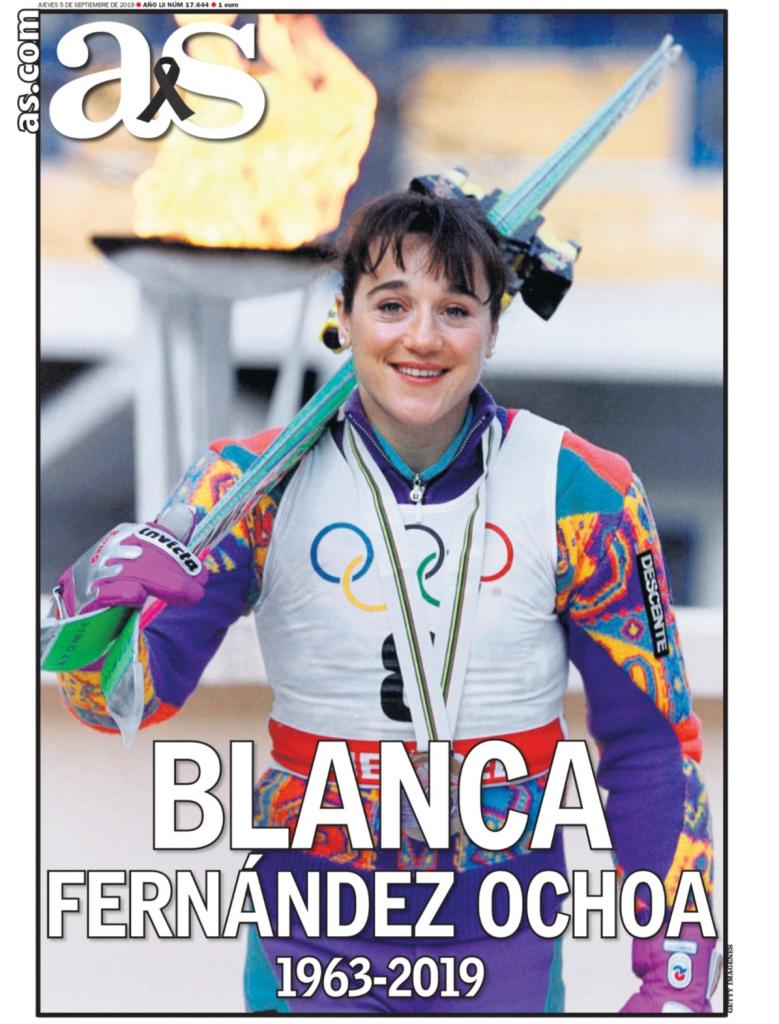 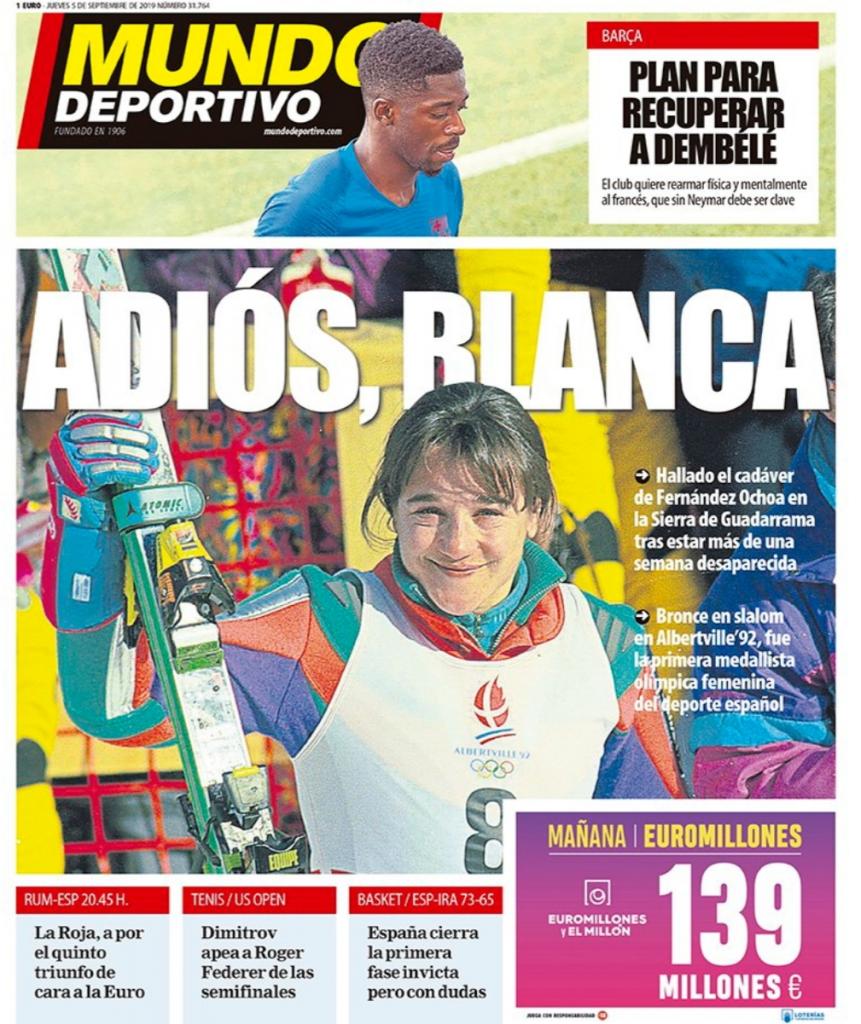 GOODBYE, BLANCA: A tribute to the 1992 Bronze Winter Olympic medalist, Alpine Skier Blanca Fernández Ochoa, whose body was found in a mountainous area near Madrid more than a week after her disappearance.

SPAIN: Romania vs Spain - The national side are going for their fifth victory on the road to the European Championships.

BARCELONA: PLAN TO RECUPERATE DEMBÉLÉ - The club want to physically and mentally rearm the Frenchman, who without Neymar, must be the key.