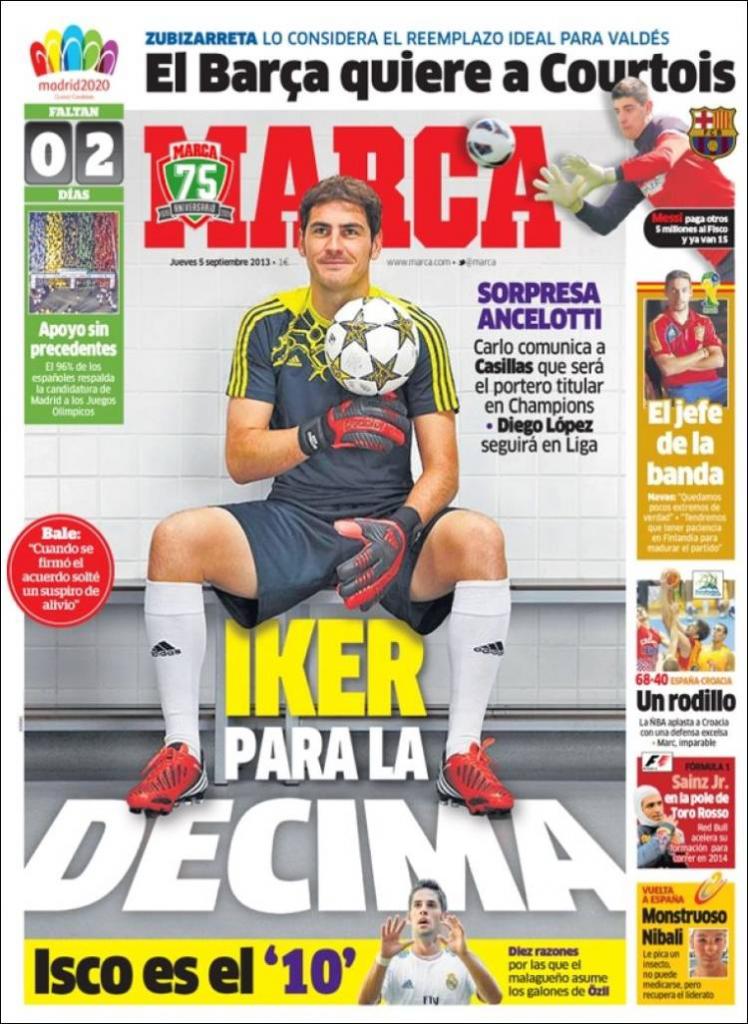 Bale: "When I signed the agreement I breathed a sigh of relief"

96% of Spanish back Madrid's candidature for the Olympics

Ten reasons why the Malagueno should take Ozil's number

Zubi considering another replacement for Valdes

Messi pays another €5 million to the Tax Office, making it €15 million already

The boss of the wing

Navas: "We used the wing less this is true"

Formula 1: Sainz Jr. in pole of the Red Bull

Red Bul accelerates their chase for 2014 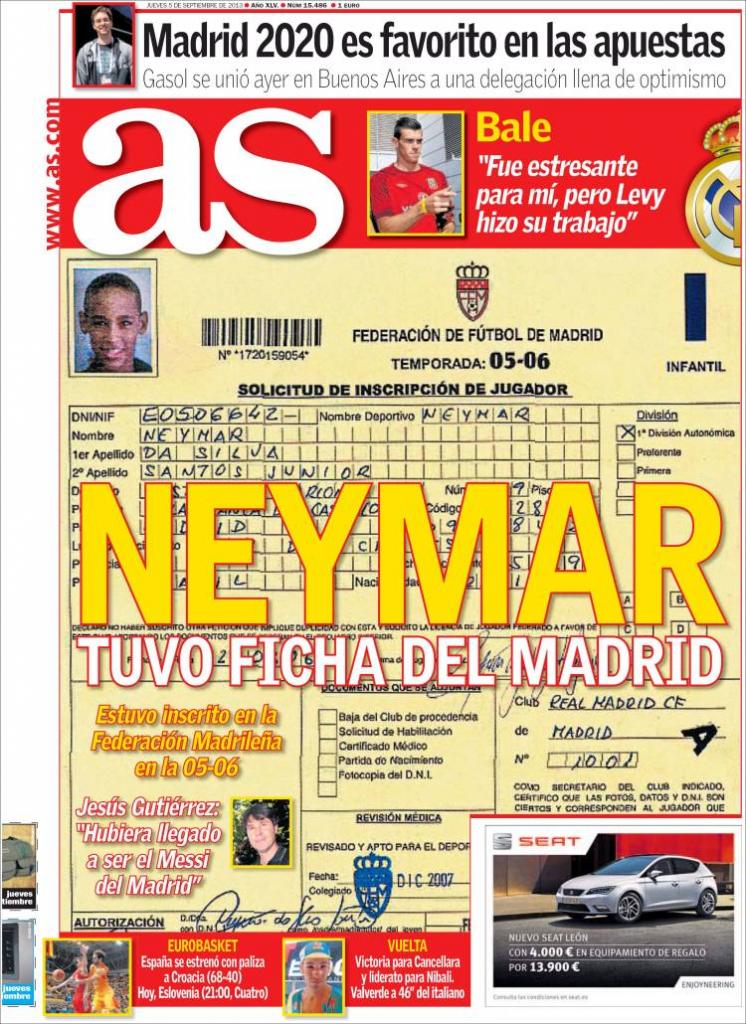 Neymar had signed for Madrid

He was registered in the Madrid Federation in 05-06

Jesus Gutierrez: "He would have arrived here has the Messi of Madrid"

Bale: "It was stressful for my, but, Levy did his job"

Madrid 2020 is the bookies favourite 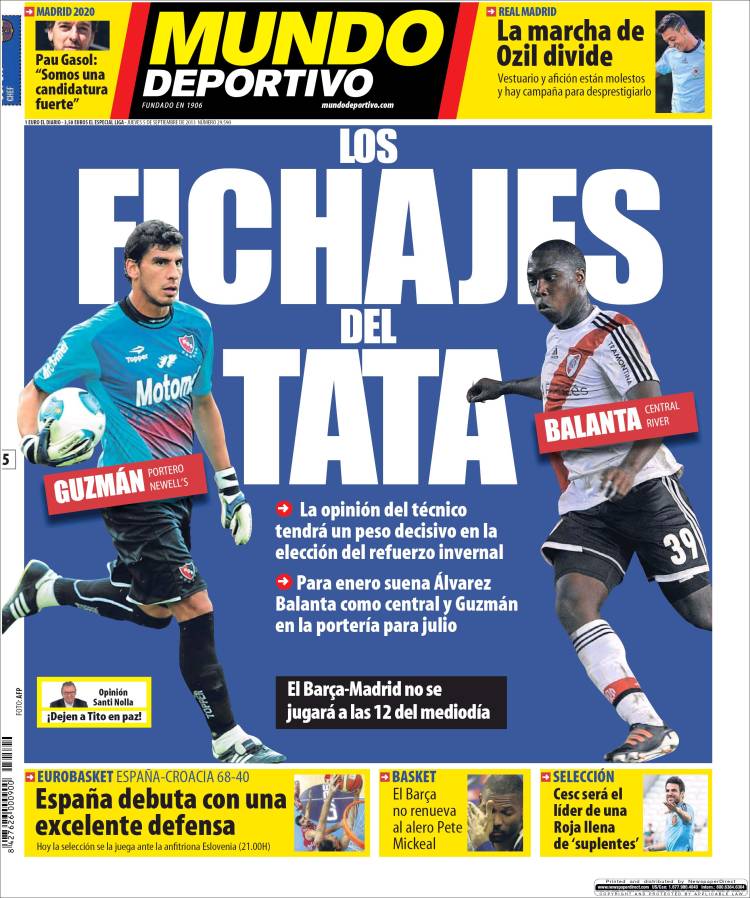 Barca and Madird will not be played at 12 midday

Basketball: Spain's excellent debut as they defend their title

Today they will play Slovenia

Spanish national team: Cesc will be the leader of a La Roja full of bench players