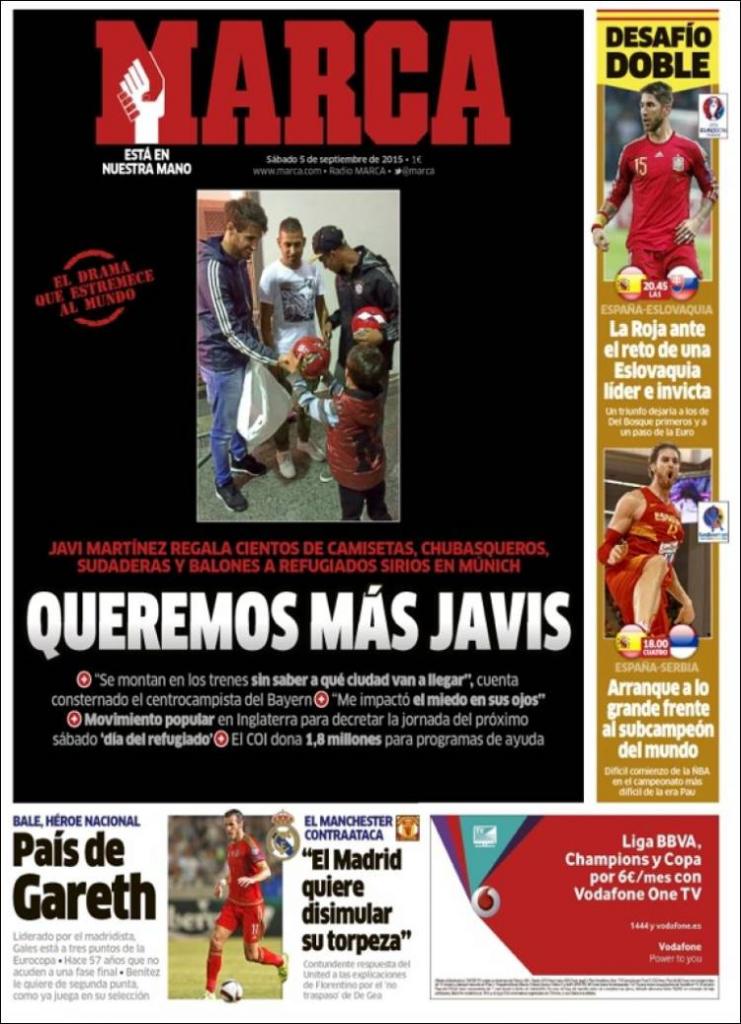 “They are mounted on trains without knowing which city they will get to,” says the shocked Bayern midfielder

“I was struck by the fear in their eyes”

Popular movement in England to enact next Saturday as 'Refugee Day'

Led by a madridista, Wales are three points away from Euro 2016

They have not qualified for any finals in 57 years

Benitez wants him to play as a No 10, like he does for his national team

“Madrid want to hide their clumsiness”

A forceful response to Florentino's explanation for De Gea's non-transfer 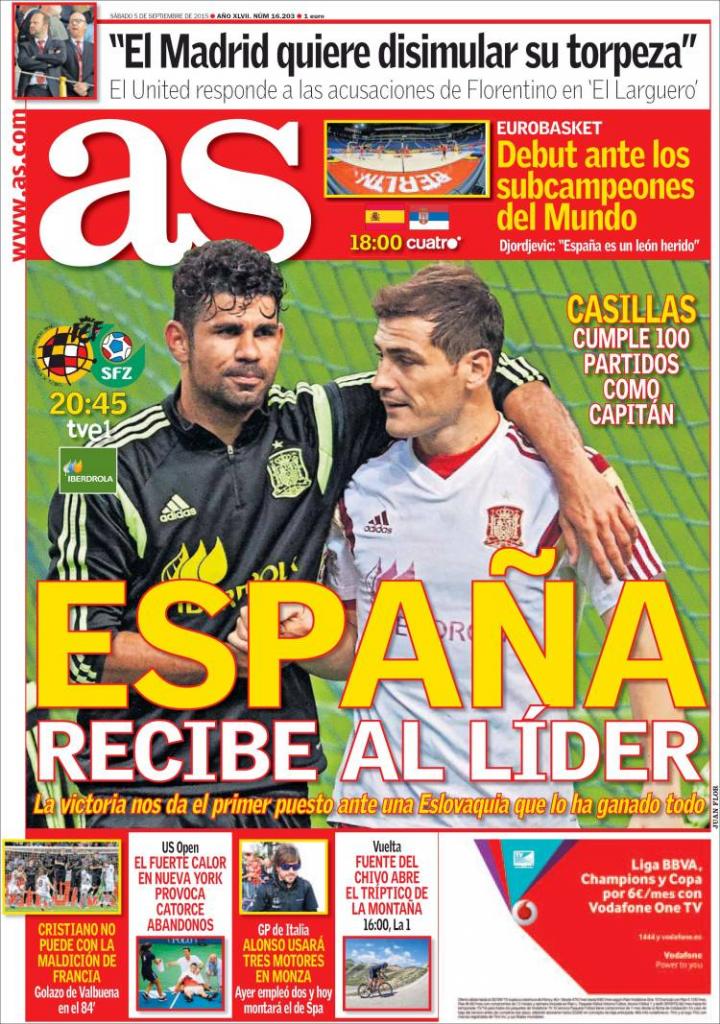 Victory over the Slovaks, who have won every game, would give Spain top spot

Casillas will celebrate 100 matches as captain

"Madrid want to hide their clumsiness”

Wonder goal from Valbuena on 84 minutes 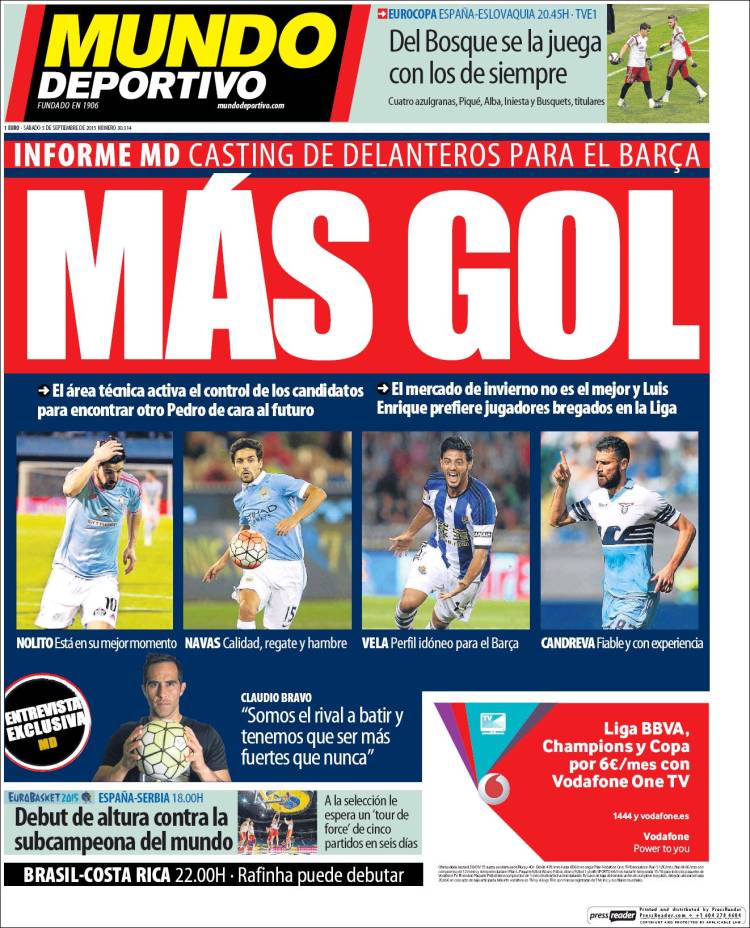 MD informed that Barca are casting for a new forward

The technical committee are working to find Pedro Rodriguez's replacement

Nolito - in his best form

Claudio Bravo: “We're the team to beat and we must be stronger than ever”

Del Bosque will play with the usual suspects