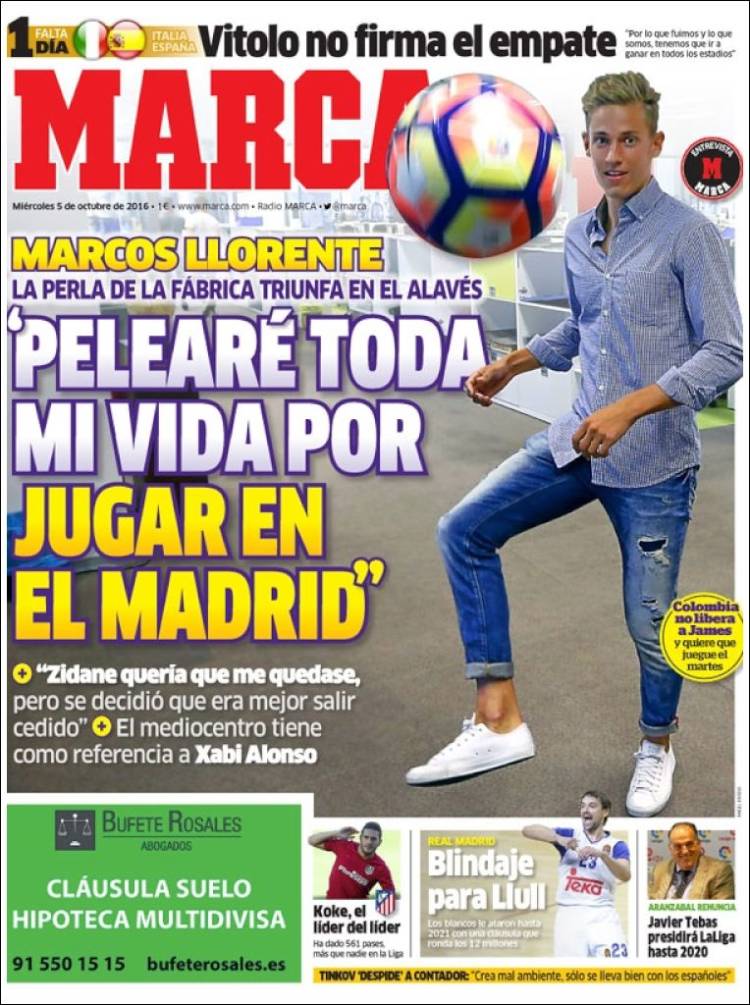 'I'll fight all my life to play for Real Madrid'

Marcos Llorente - the pearl of La Fabrica triumphing at Alaves

"Zidane wanted me to stay but decided it was better that I go out on loan", "Xabi Alonso is my midfield reference"

Colombia won't release James and want him to play on Tuesday 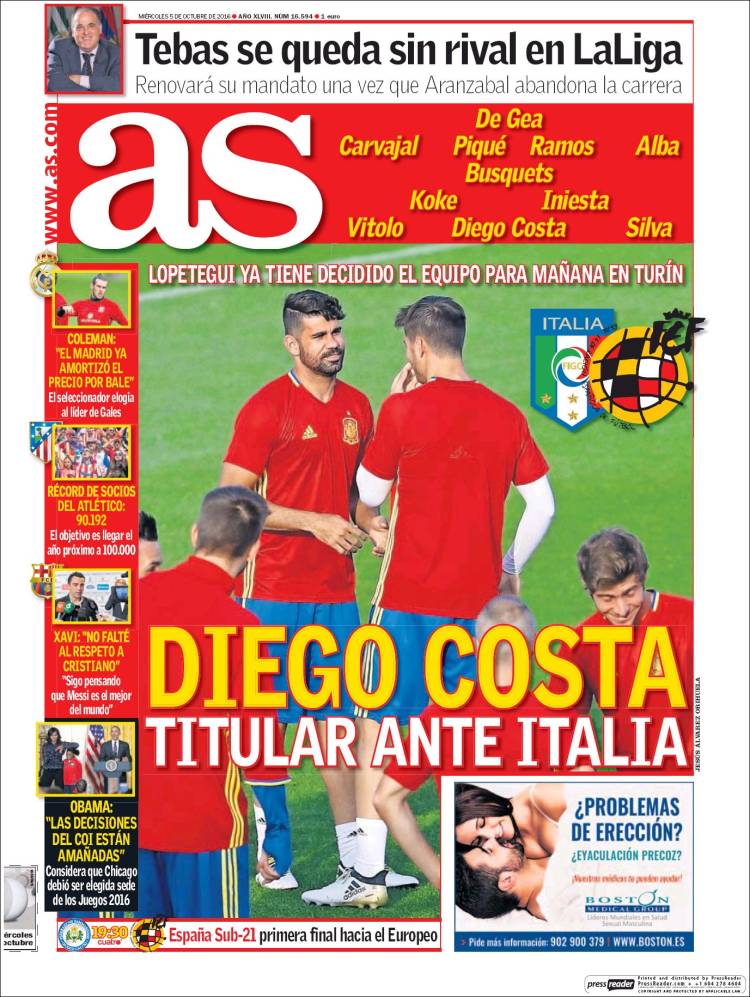 Chris Coleman: 'Gareth Bale has repaid his fee in full' 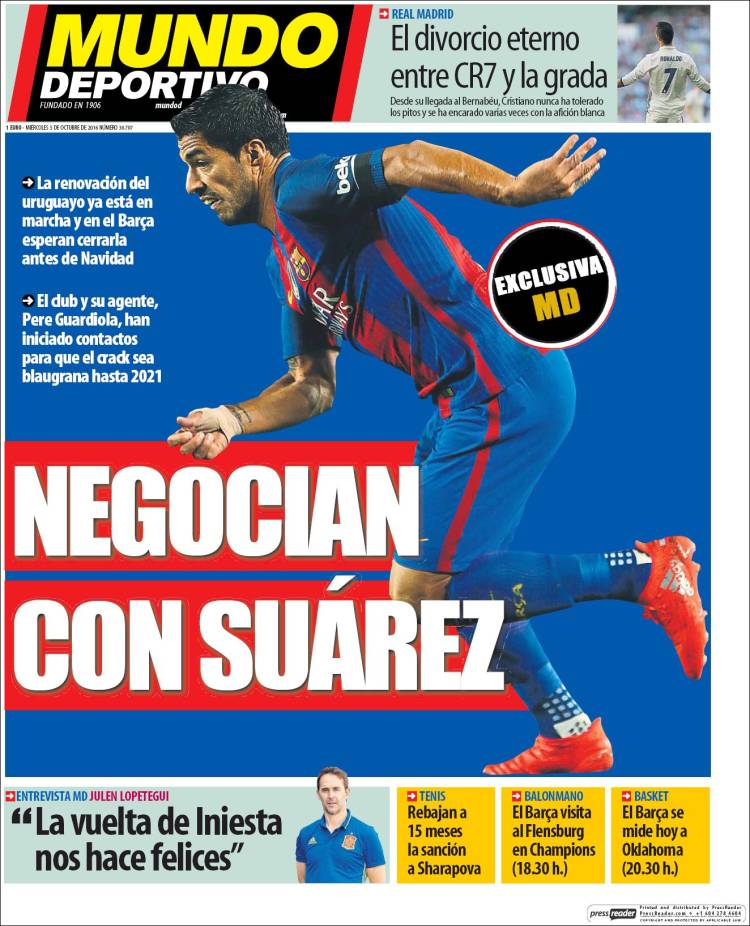 The negotiations with the Uruguayan striker are already underway, plans to complete them before Christmas

The club and the agent, Pere Guardiola, have initiated contract to renew Suarez's deal under 2021

Lopetegui - 'the return of Iniesta makes us happy'