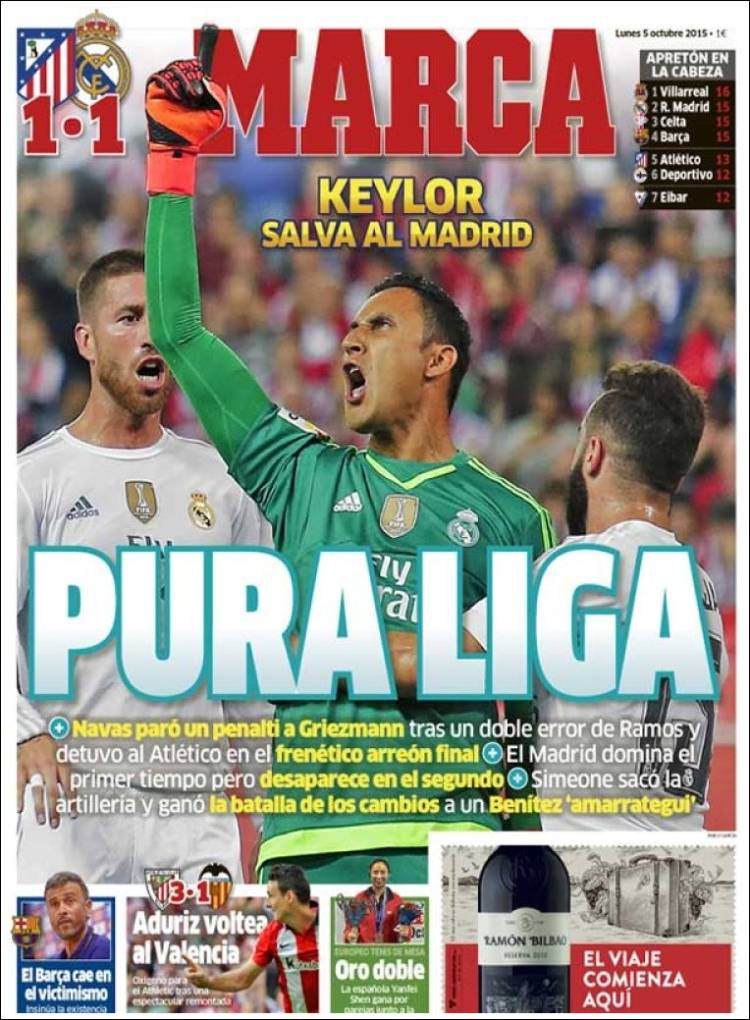 Madrid dominated the first half but disappeared in the second

They insinuate its existence 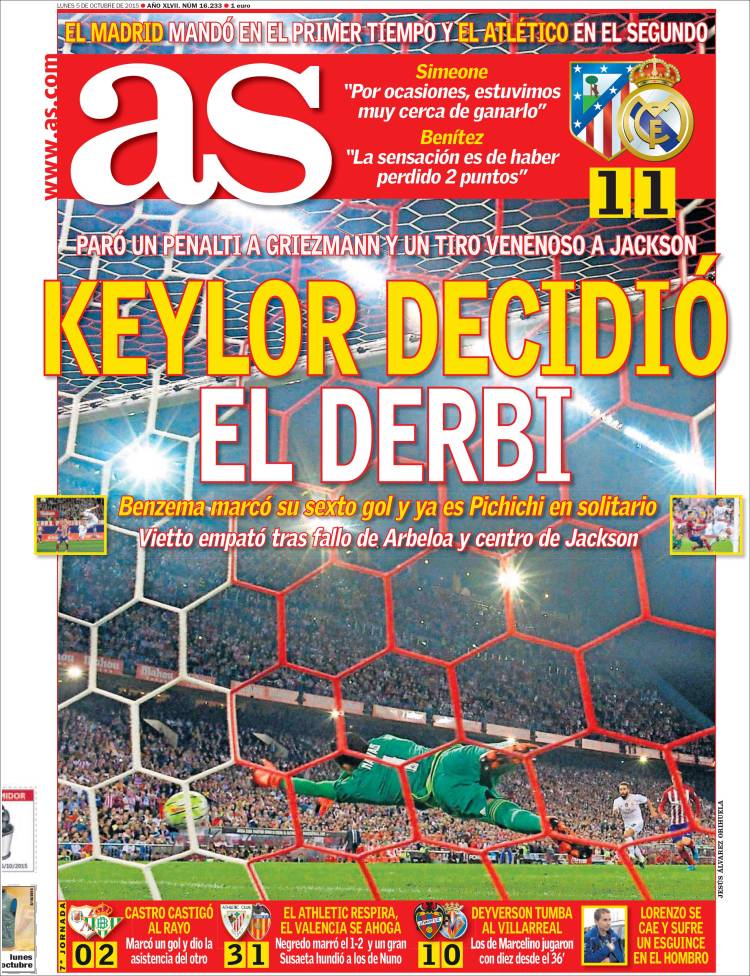 Saves Griezmann’s penalty and a poisonous shot from Jackson

Simeone: “At times, we came very close to winning”

Benitez: “The feeling is that we lost two points”

Scored a goal and assisted another

Negredo missed a chance to make it 1-2, before the great Susaeta sank Nuno’s men

Marcelino’s side played with 10 men from the 36th minute 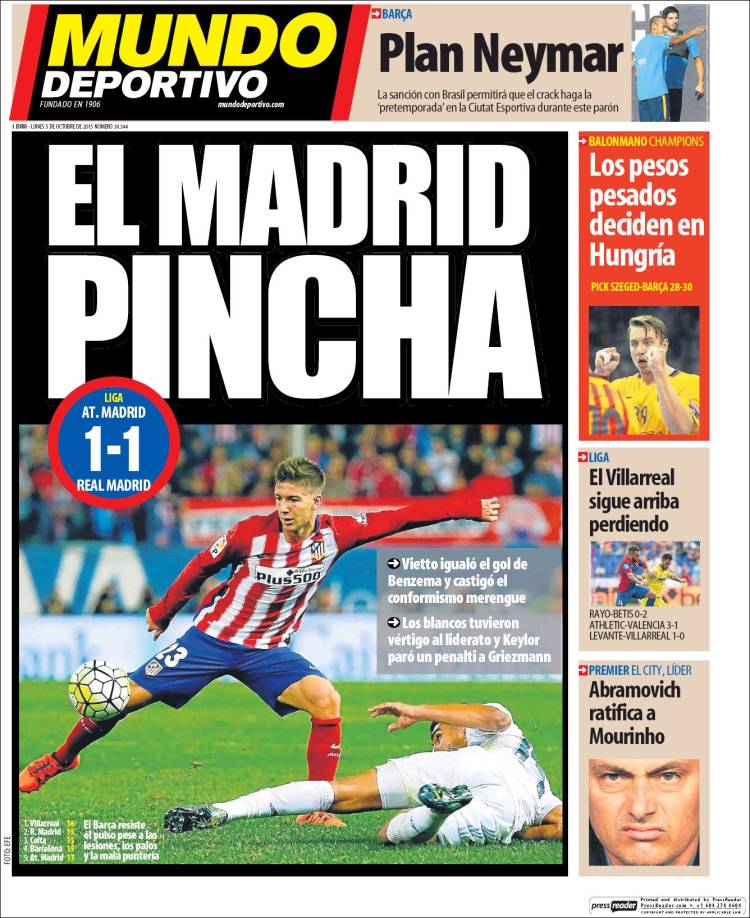 Villarreal still ahead, despite losing