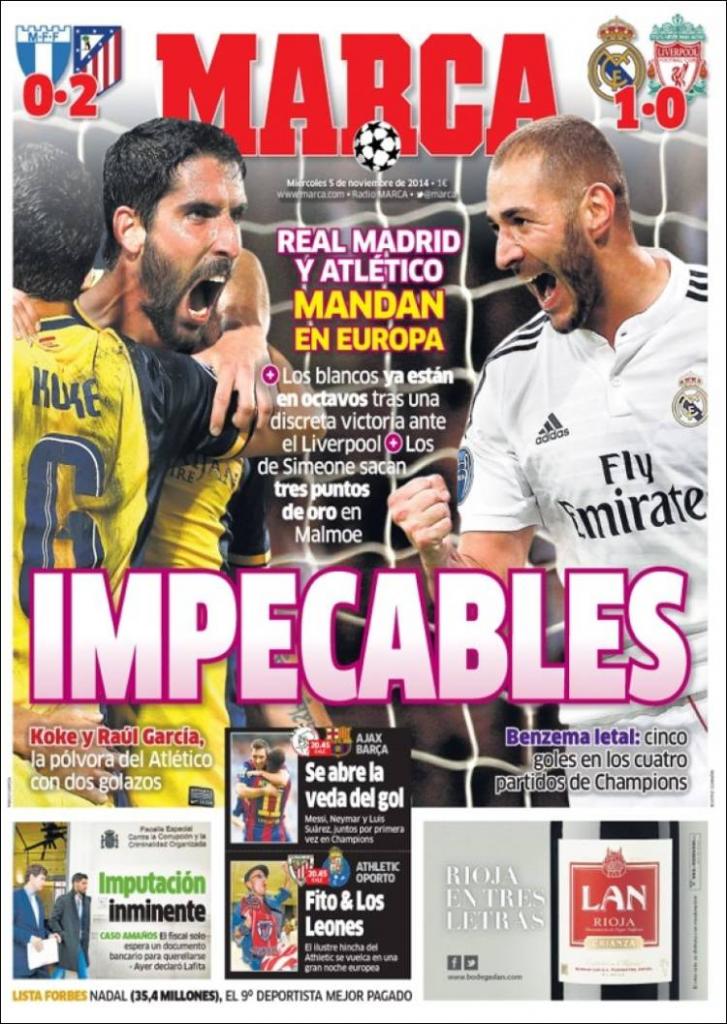 Real Madrid and Atletico Madrid in charge in Europe

The goal drought set to open: Messi, Neymar and Luis Suarez together for the first time in the Champions League

Fito and The Lions: the famous Athletic fan goes all-out on a great European night

Imminent accusation: Match-fixing case – the authorities are only waiting for a bank document to bring action 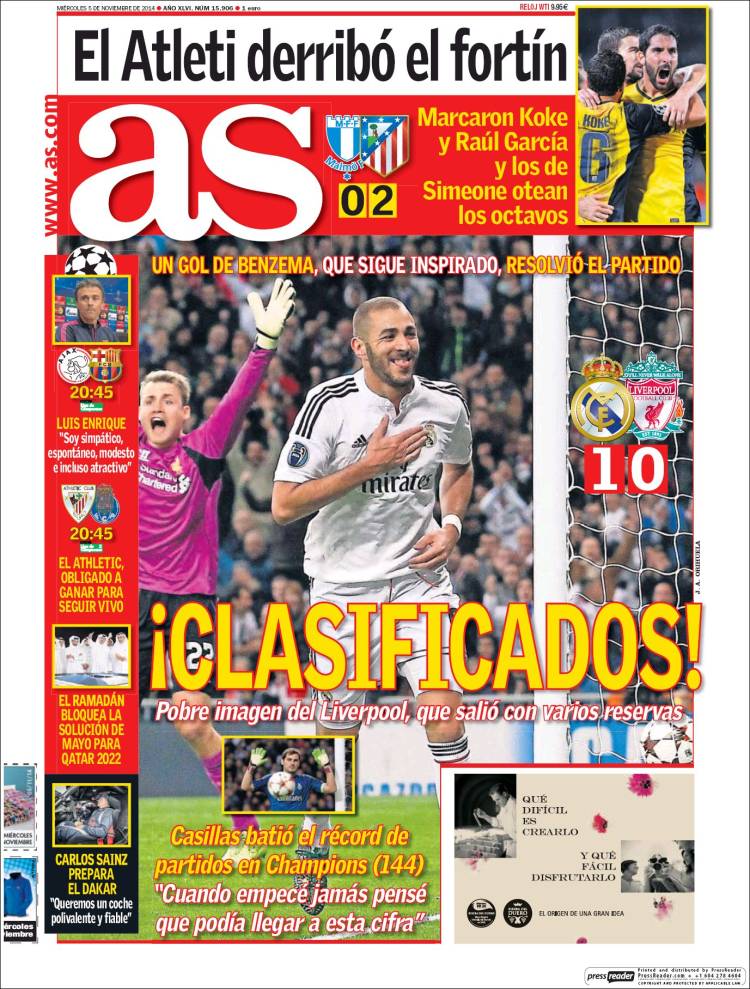 A goal from Benzema, who is still inspired, settles the game

Ramadan puts paid to a May solution for Qatar 2022 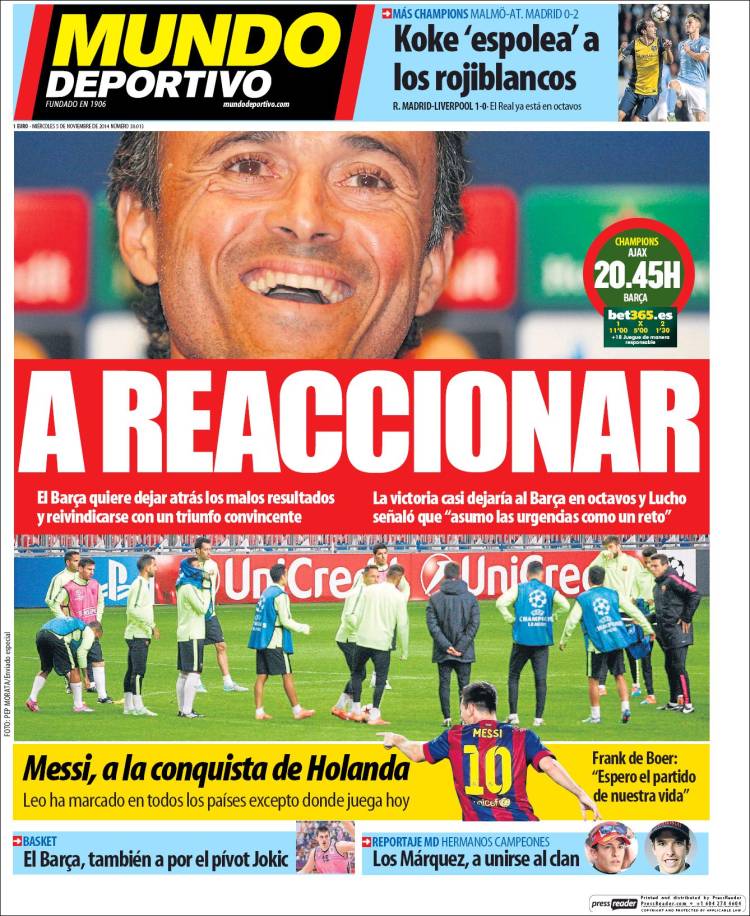 Real Madrid are now in the Last 16

Messi, ready to conquer Holland: Leo has scored in every country except where he plays today

Frank de Boer: “I’m expecting the game of our lives”