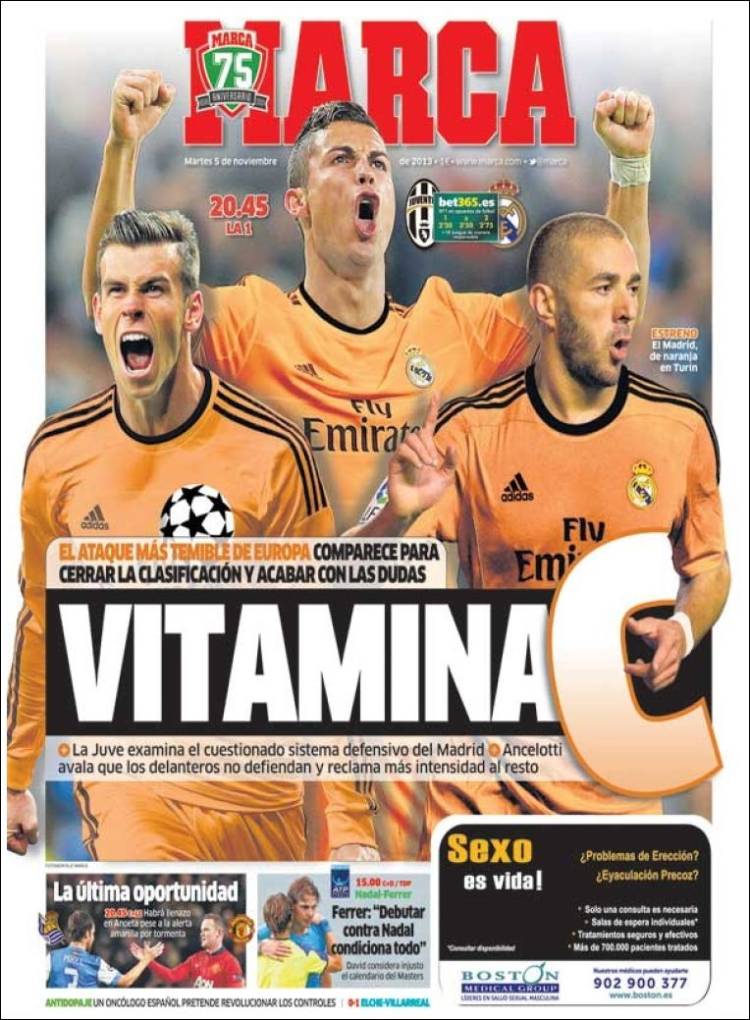 Madrid to go out in Orange in Turin

The last chance for Real Sociedad

Ferrer: "To debut against Nadal conditioned everything" 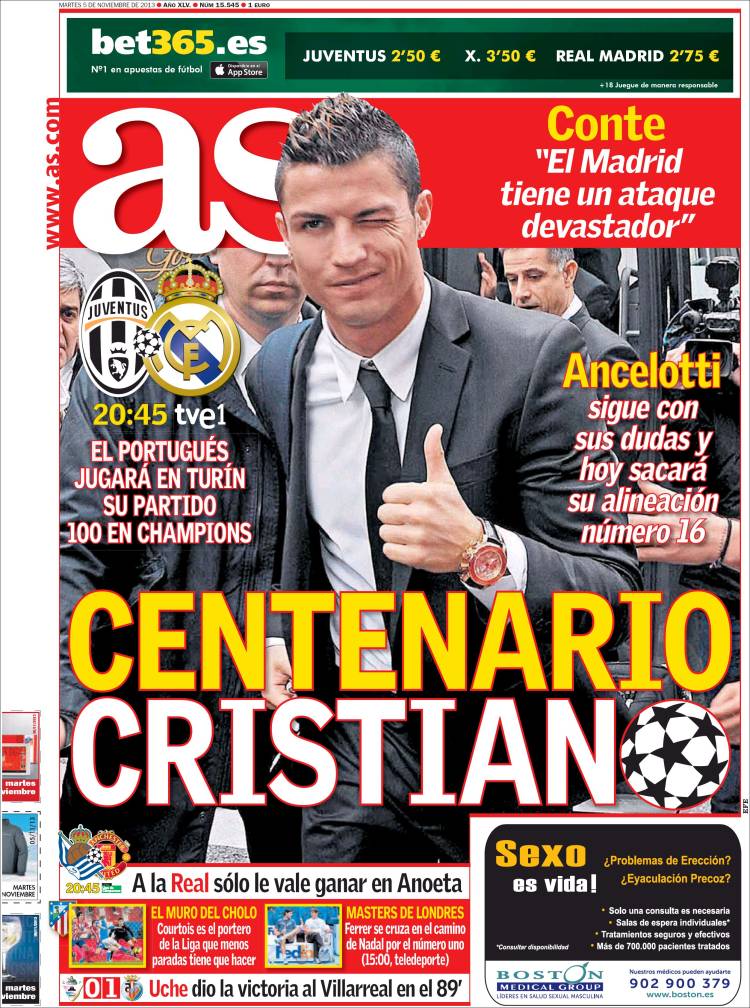 The Portuguese will play in Turin his 100th game

Conte: "Madrid have a devastating attack"

El Cholo's wall: Courtois is the goalkeeper with the least number of saves in La Liga

Masters on London: Ferrer crosses paths with Nadal, the number one

Uche gives victory to Villarreal in 1989 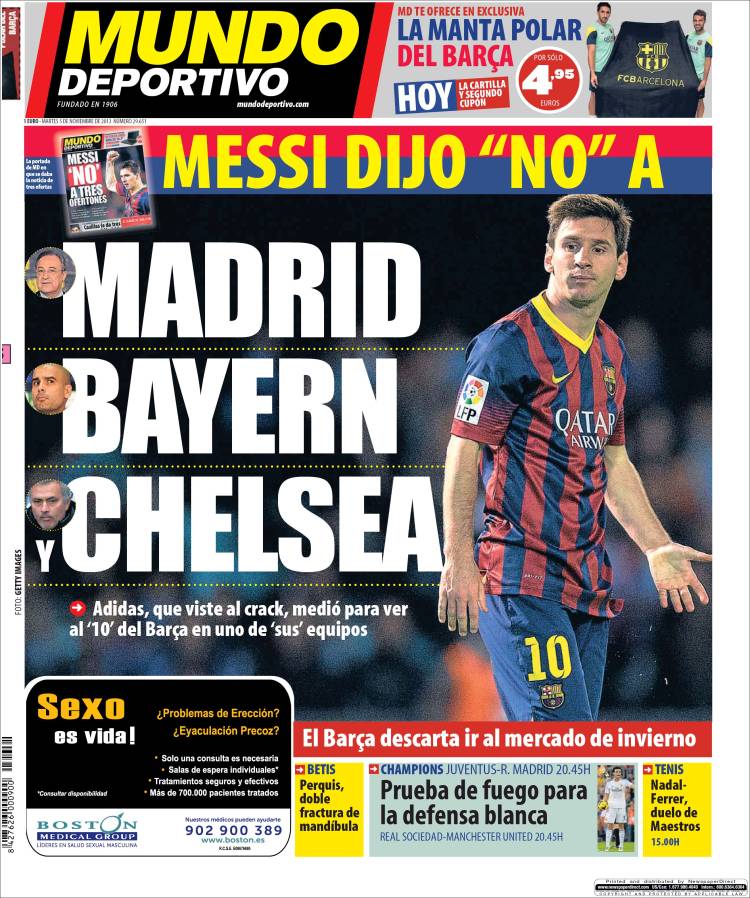 Messi says no to Madrid, Bayern and Chelsea

Adidas, who support the star, wants to see the star in one its teams

Barca not to move in the winter market

Tennis: Nadal and Ferrer, duel in the Masters