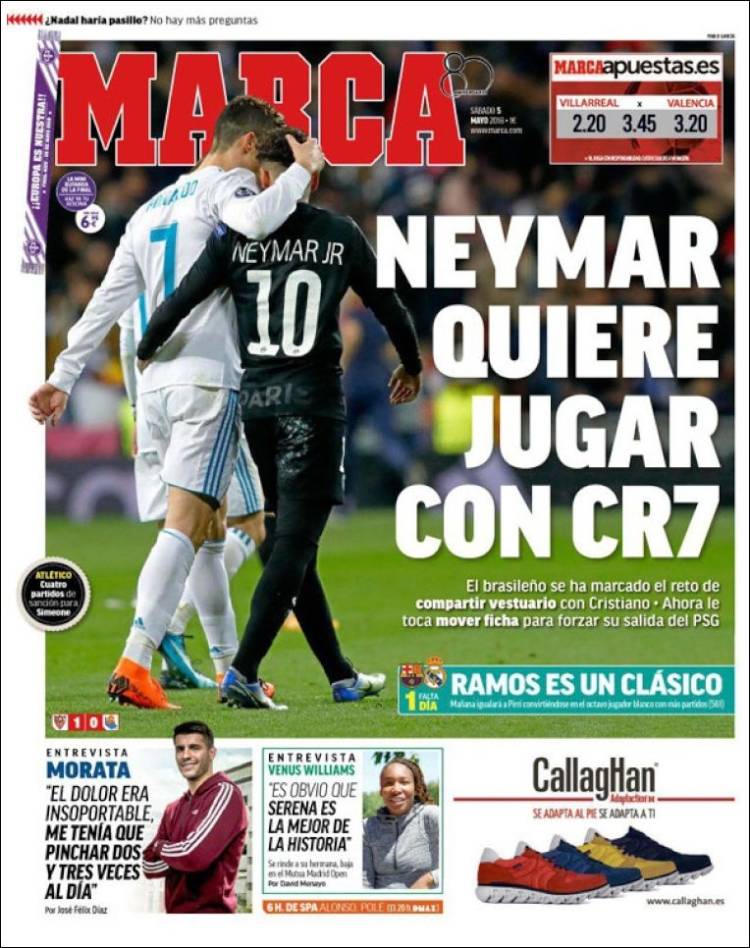 Neymar wants to play with CR7

The Brazilian wants to play with Ronaldo, could facilitate PSG exit

Morata: "The pain was unbearable, I had to nip myself two or three times a day" 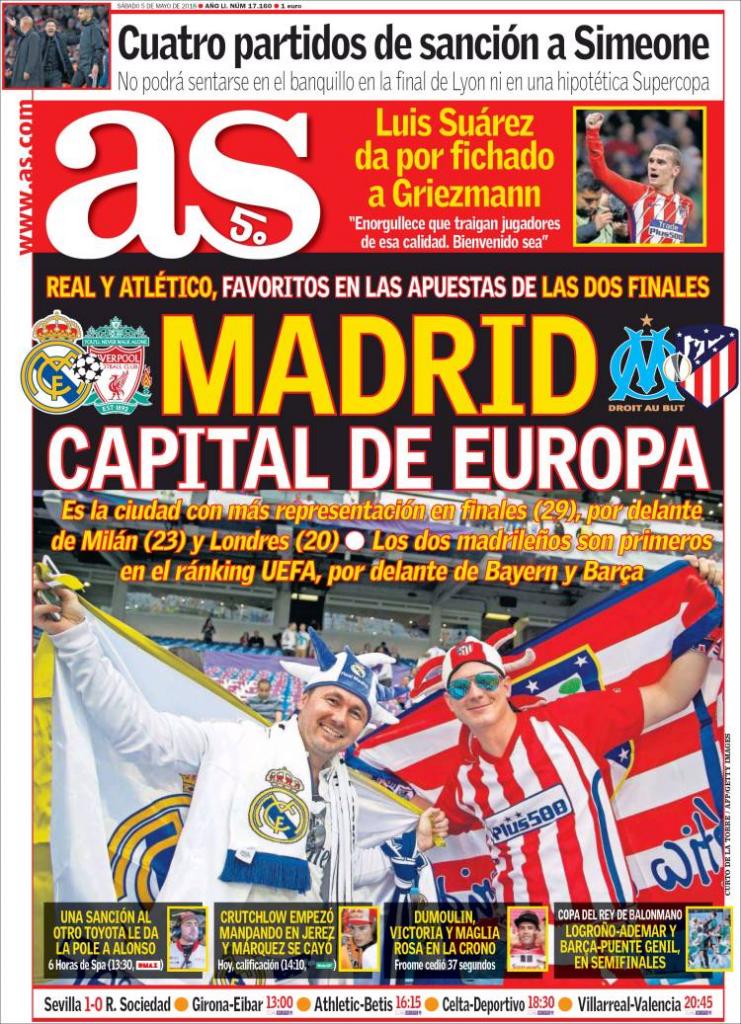 City now represented in more finals (29) than Milan (23) or London (20), two teams highest ranking in UEFA over Barca and Bayern

Real and Atleti both favourites for their finals 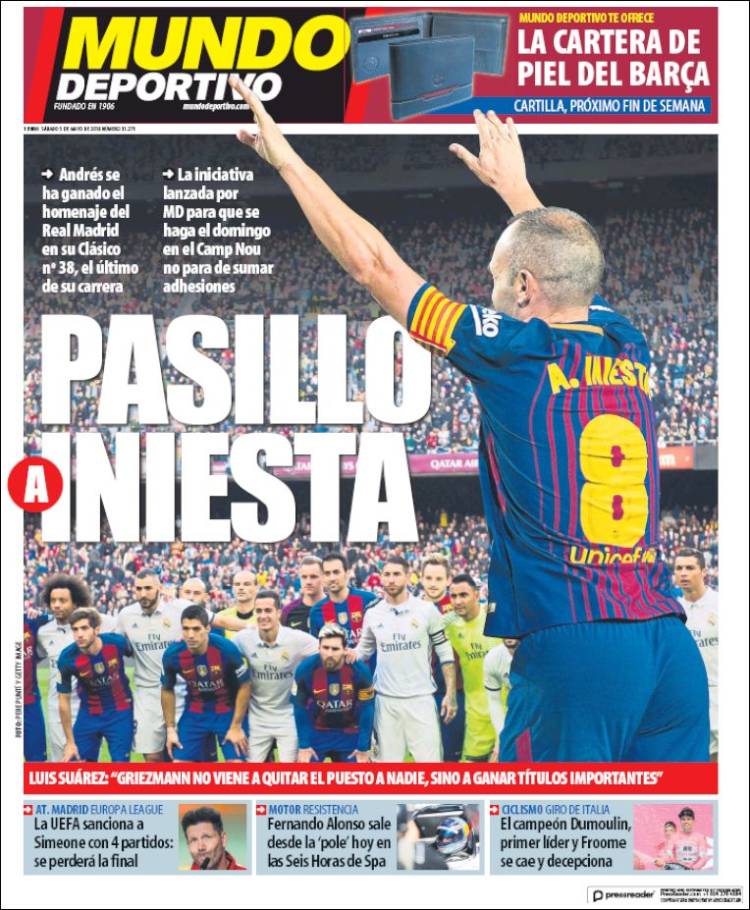