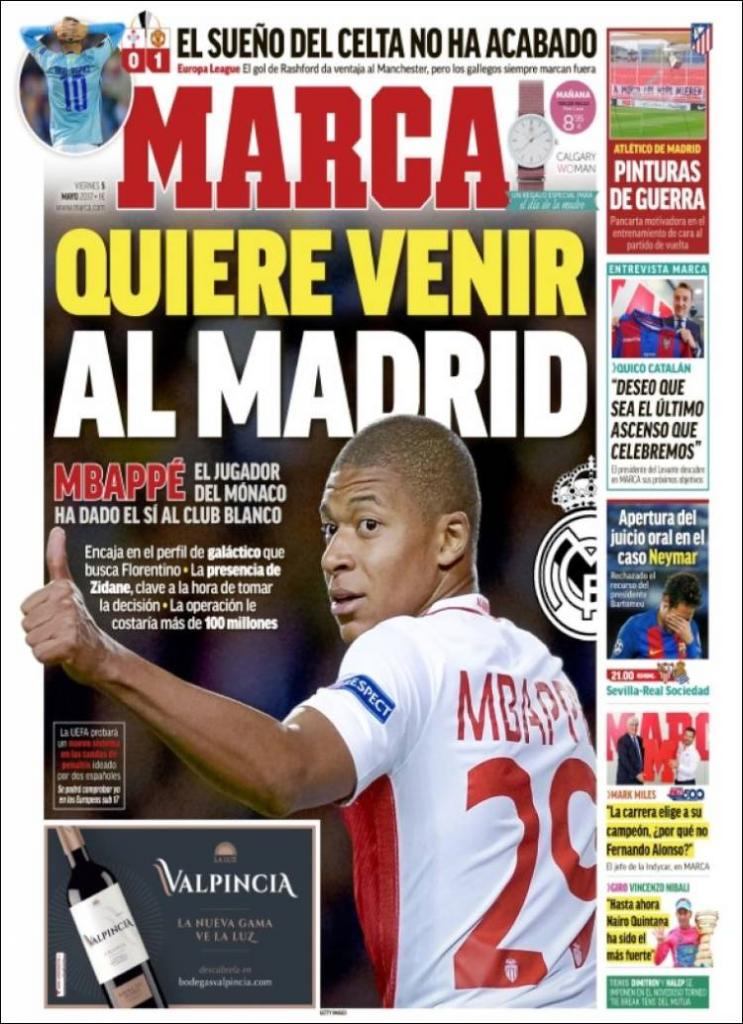 He wants to come to Madrid

The Monaco striker Mbappe has given his word to Real Madrid

Fits the profile of 'Galactico' that Perez is looking for, presence of Zidane is key in decision, the transfer likely to cost 100m Euros 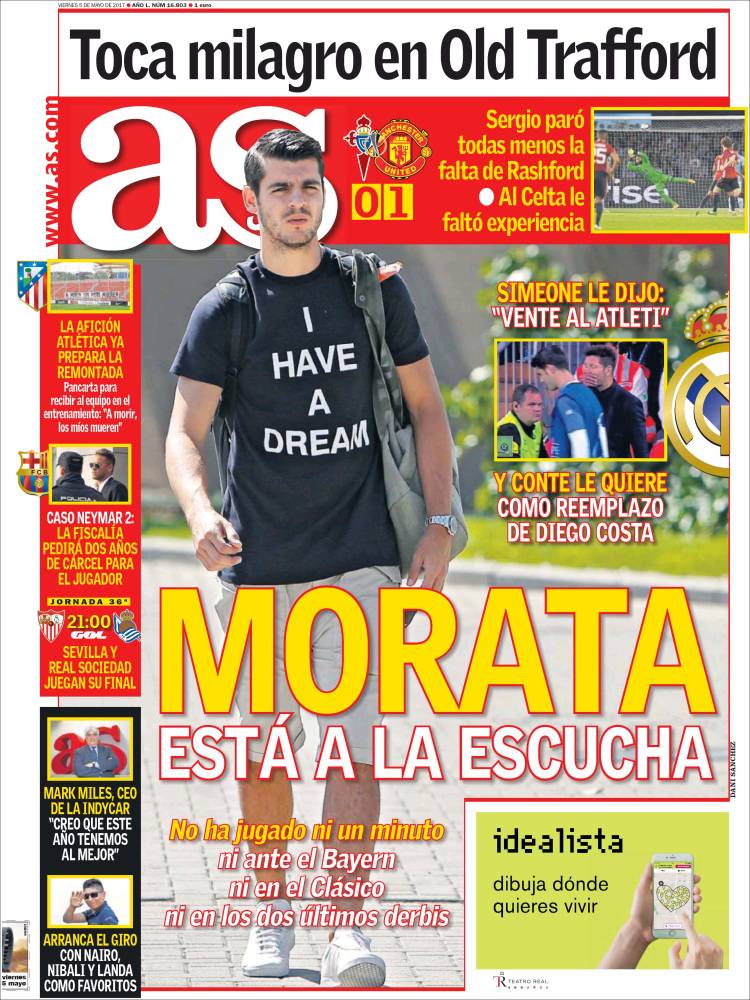 Hasn't played a minute against Bayern, in El Clasico or the last two Madrid derbies

Simeone tells him: Come to Atletico and Conte wants him to replace Costa

It needs a miracle in Old Trafford - Sergio stops everything but Rashford's free-kick, Celta lack experience 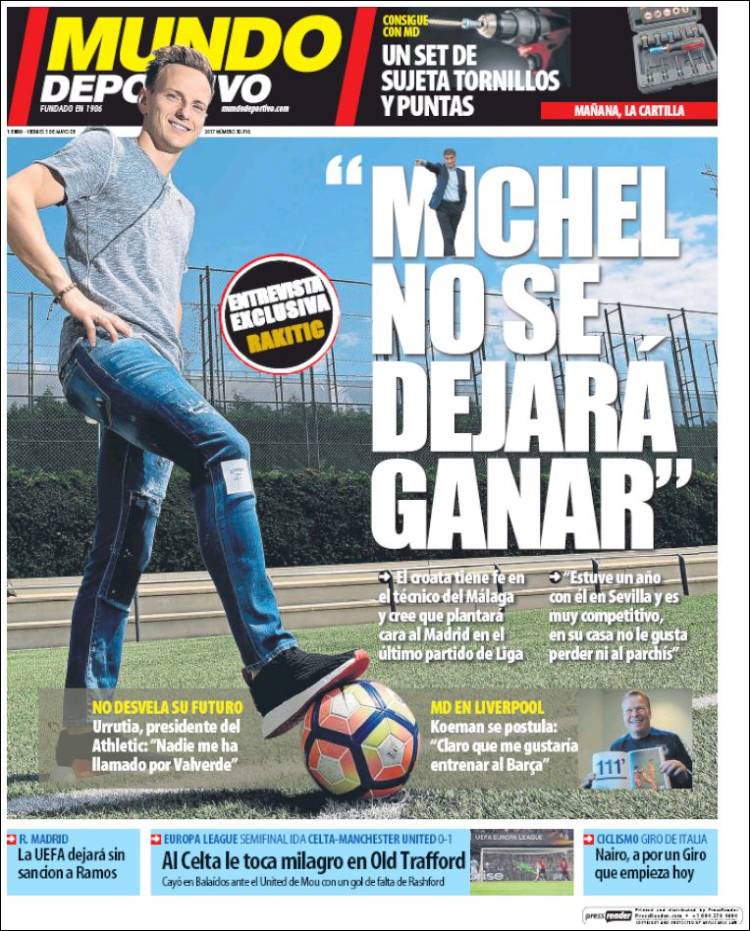 "I was with Sevilla for a year and very competitive, does not like to lose at home"

Koeman: I think I would like to be Barca manager