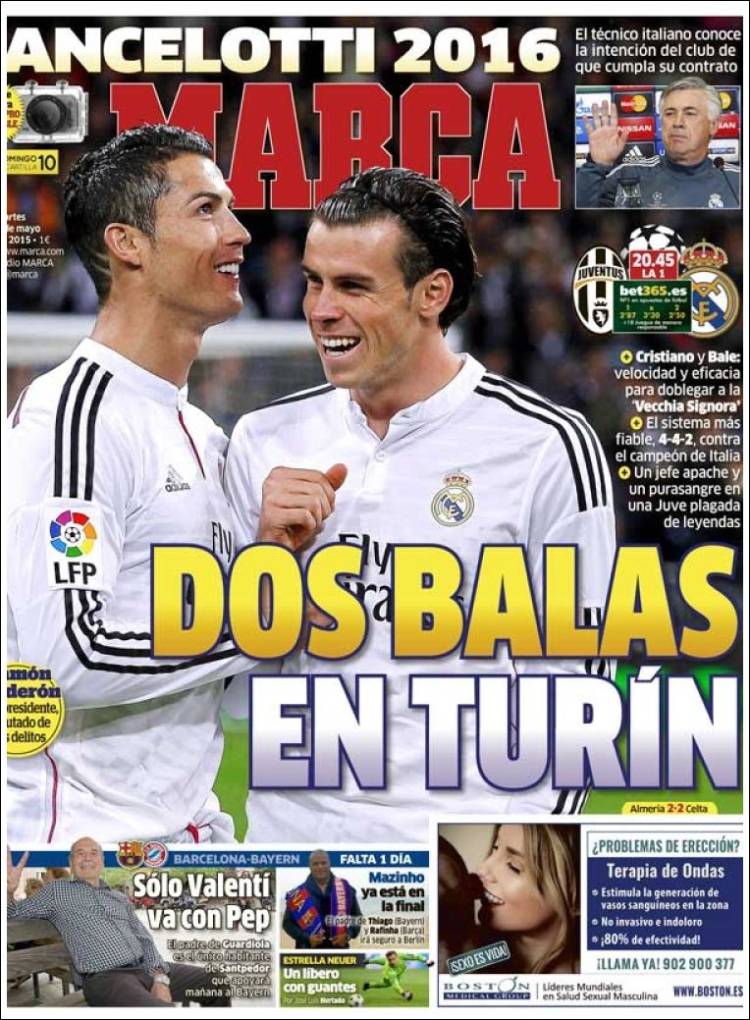 Cristiano and Bale: speed and efficiency to crush ‘The Old Lady’

The most reliable system: 4-4-2 against the Italian champions

Ancelotti 2016: the Italian boss knows the club’s intention is for him to complete his contract

Only Valenti is behind Pep. Guardiola’s father is the only resident of Santpedor who will be supporting Bayern tomorrow

Mazinho is already in the final. The father of Thiago (Bayern) and Rafinha (Barca) is certain to go to Berlin

Neuer the star. A sweeper with gloves 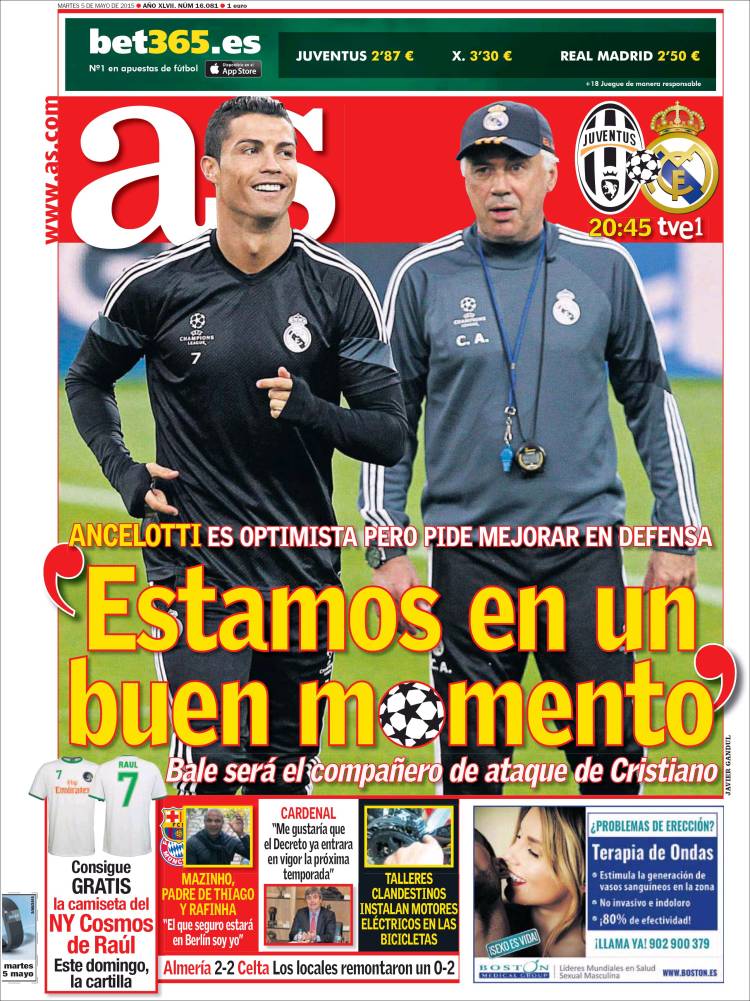 “We are going through a good spell”

Ancelotti is optimistic but asks for improvement in defence

Bale will be Cristiano’s attacking teammate

Mazinho, father of Thiago and Rafinha. “The only one who is certain to be in Berlin is me”

Cardenal: “I’d like the law to come into force for next season” 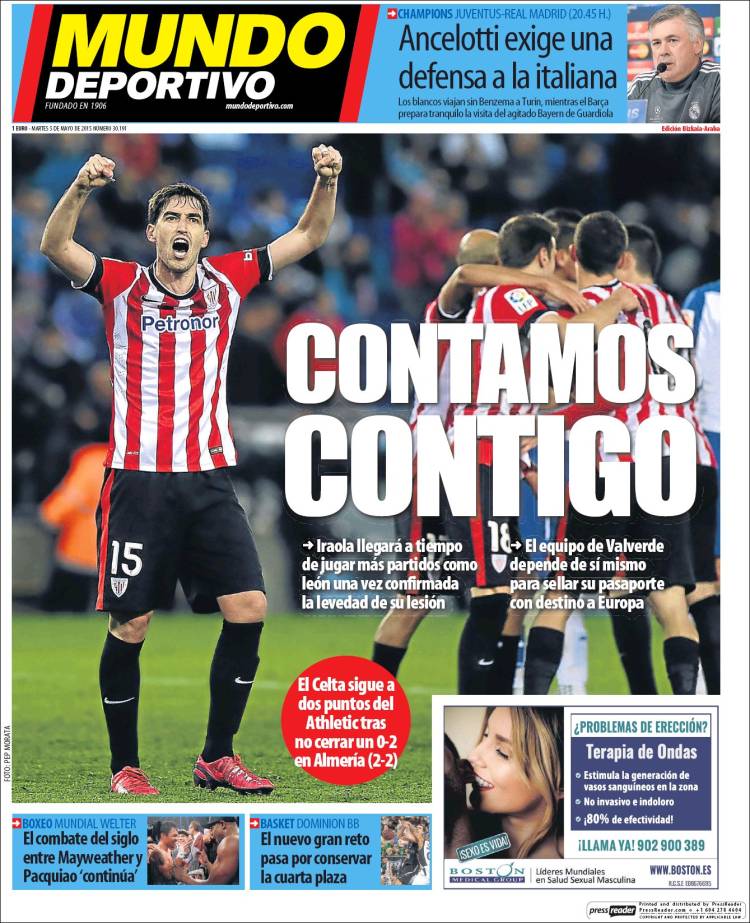 “We’re relying on you”

Ancelotti demands a defence in the Italian style

Los Blancos travel to Turin without Benzema, while Barca relax as they prepare for the visit of an agitated Bayern and Guardiola