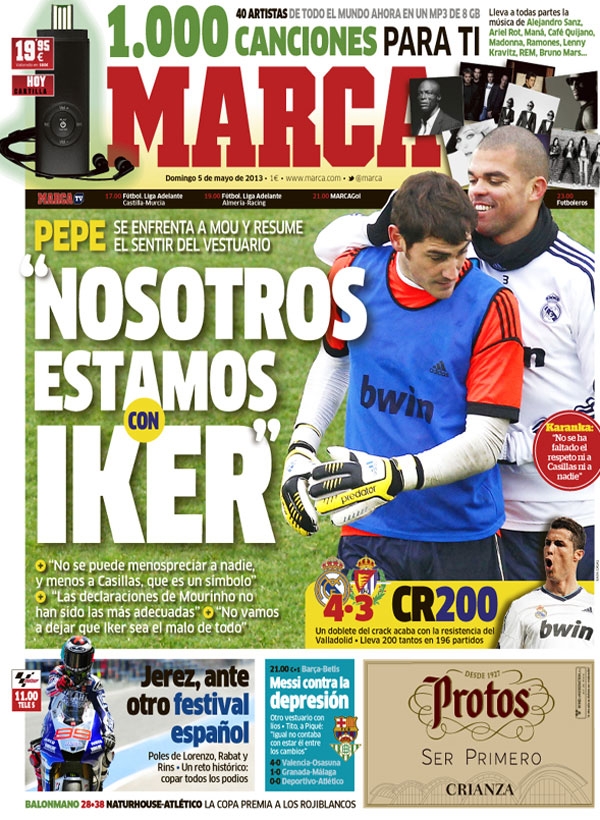 Pepe confonts Mou and talks of the feeling within the team

"We are behind Iker," Pepe
"We can not criticise anyone, especially Iker who is a symbol of the club," Pepe
"The declarations of Mourinho have not been suitable"
"We will not blame Iker for all that is wrong"
Real Madrid 4-3 Valladolid
CR200: A double for 'the crack' who ends Valladolid 's resistance
His total goals for Madrid is now 200 in 196 games
Karanka: "We have not disrespected no one, not Iker no anyone"
Moto GP: Jerez, before another Spanish festival
Lorenzo, Rabat and Rins in the pole positions
A historical challenge: to finish on the podium
Barca v Beti: Messi against everyone
Another dressing room in a mess
Tito, to Pique: "He could be among the changes at the back" 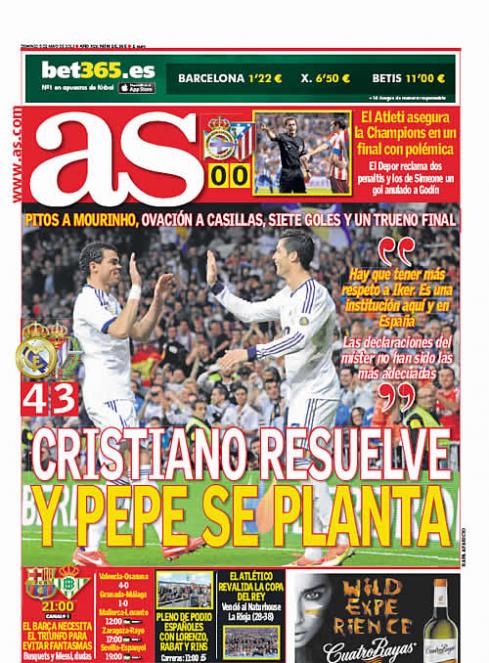 Cristiano again solves everything, Pepe sticks up for him

"There has to be more respect for Iker, he is an institution here and in Spain"
"The declarations of Mou have not been suitable"
Jeers for Mourinho, ovation for Casillas, seven goals and a thundering final
Atleti assure Champions League football in a controversial game
Depor claim two penalties and Simeone's men have a goal from Godin annulled
Barca needs to win to avoid ghosts
Busquets and Messi doubtful
Full of Spaniards with Lorenzo, Rabat and Rins 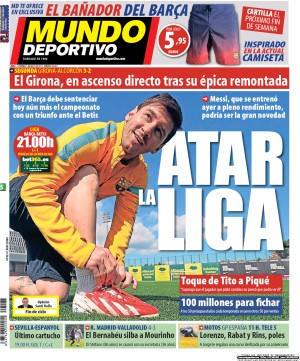 To tie up La Liga

Messi, who had a full training session yesterday, could start
Barca must wrapped up today the league with a win over Betis
€100 million for signings
50 has been budgeted for, 50 to come in from sales
Tito has a go at Pique
"I suppose that the player that asked for changes at the club did not think that it could be him"
Real Madrid 4-3 Valladolid
Bernabeu whistles Mourinho
Di Stefano marries his secretary