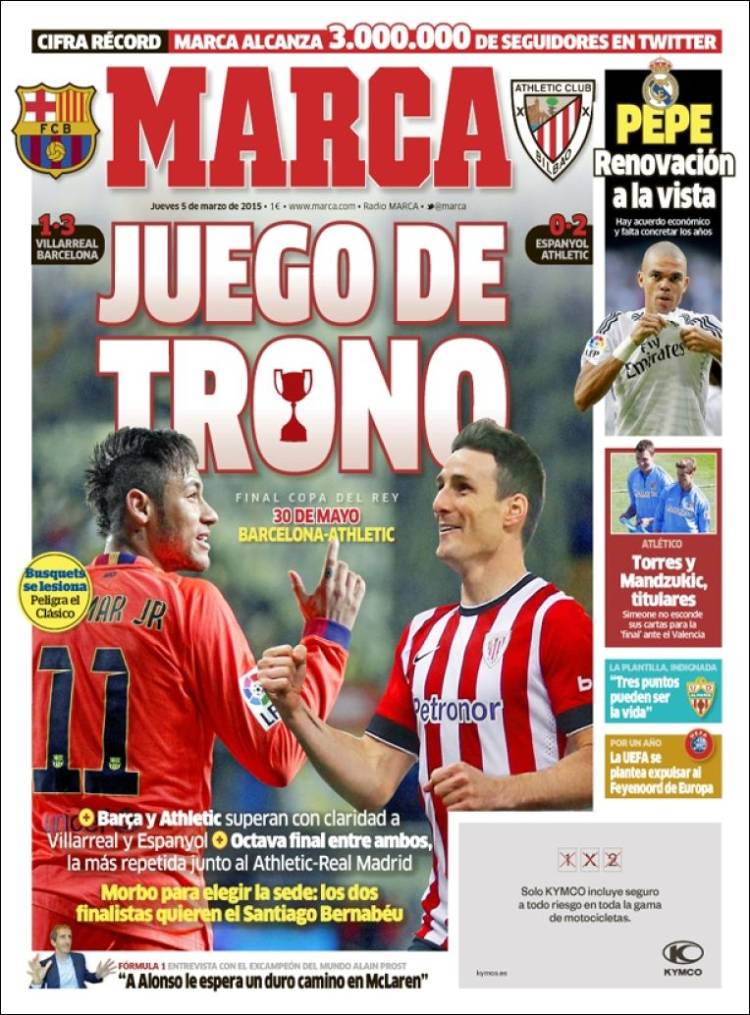 The eighth final between the clubs, the most repeated after Athletic-Real Madrid

A question of choosing the venue: the two finalists want to play at the Santiago Bernabeu

Busquets injured and in danger of missing El Clasico

Pepe, renewal in sight. There is a financial agreement that is just lacking the number of years

Torres and Mandzukic in the starting line-up

“Three points can give us life”

For a year – UEFA plan to expel Feyenoord from Europe 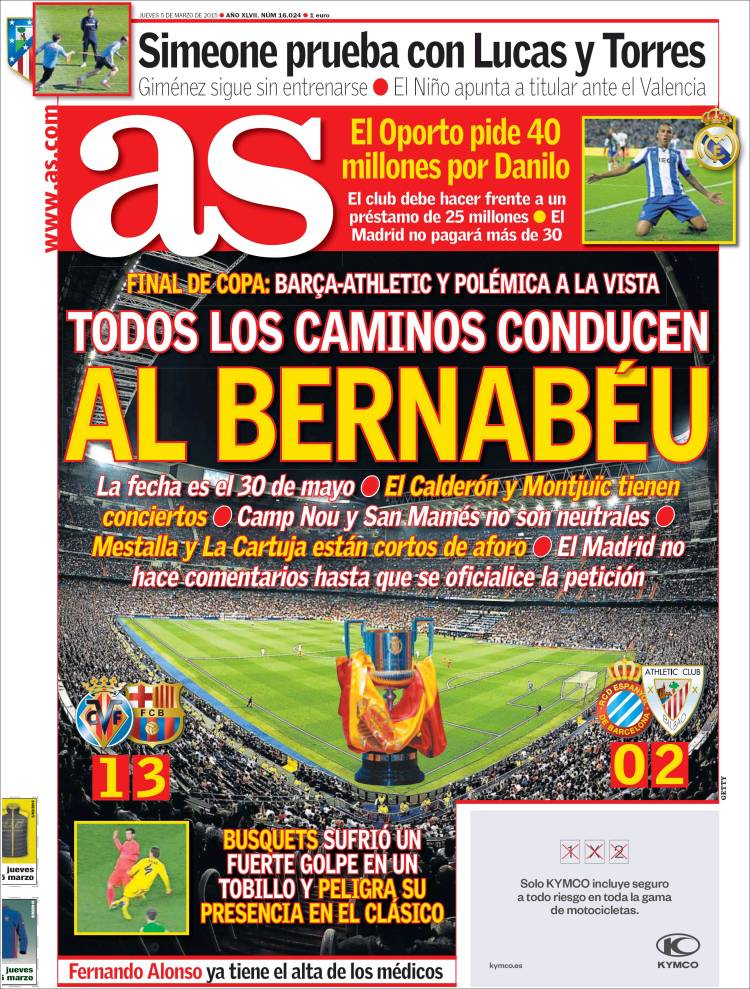 All roads lead to the Bernabeu

Cup Final: Barca-Athletic and controversy around the corner

The Calderon and Montjuic have concerts

Camp Nou and San Mames are not neutral

Mestalla and La Cartuja are not big enough

Madrid will not comment until they are officially asked

Simeone tries out Lucas and Torres

Gimenez still doesn’t train: El Nino aims to be in the starting line-up against Valencia

Porto ask €40m for Danilo: the club must deal in advance of €25m: Madrid will not pay more than €30m 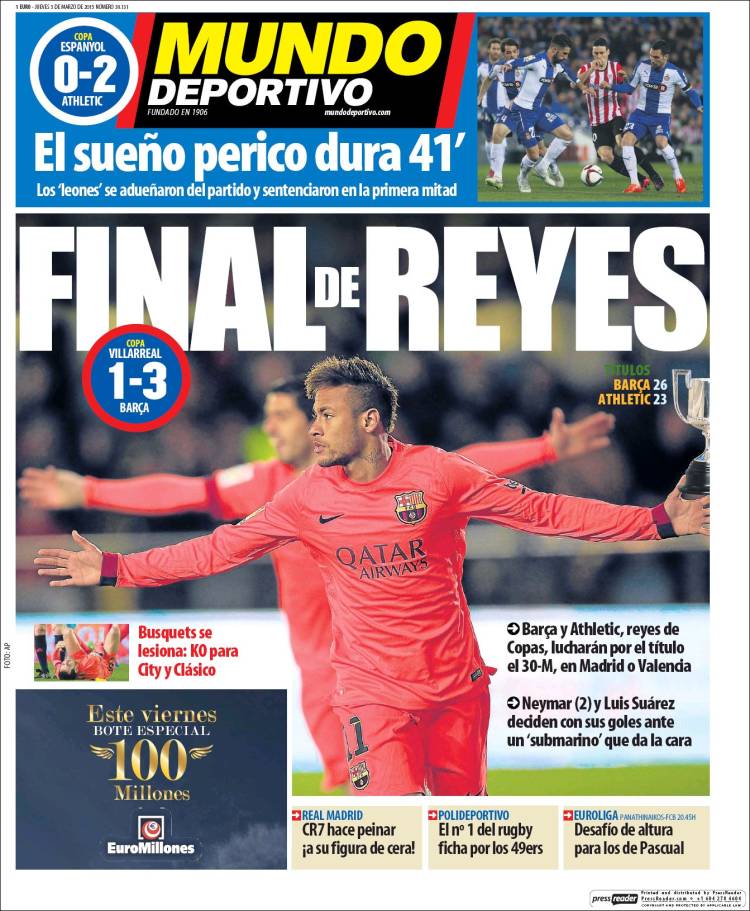 Barca and Athletic, the Cup Kings, will fight for the trophy on May 30, in Madrid or Valencia